Buffalo State College students who have participated in the campus’s Anne Frank Project (AFP) social justice festival or taken the class Devised Theater understand the power of story and the importance of speaking up for the marginalized and unheard.

So after the nation erupted in ongoing protests against racial oppression and police brutality following the May 25 death of George Floyd at the hands of Minneapolis, Minnesota, police officers, a couple of AFP students and several alumni decided to harness their social justice education and create a collaborative play. At the same time, a current student is reimagining AFP Instagram Live! as a format to host discussions around the many facets of racism.

“Multiple AFP alumni and current students contacted me articulating their responsibility to contribute their voices to the current racial protests,” said Drew Kahn, SUNY Distinguished Service Professor and founding director of AFP. “They needed a platform for and by students to reflect how they’re feeling as they move through this ridiculous set of circumstances.”

“One student said, ‘We know how to create, organize, and deliver peaceful protests. We call them stories. It’s what you and AFP taught us; we know what to do,’” Kahn said. “I’m intensely proud of them as they plan an immediate, peaceful response to the civil rights unrest. They are aiming to shift the narrative toward solutions.”

Fifteen alumni and two students recently began collaborating remotely on the play. Most live in Buffalo or elsewhere in New York state, but two are living in Anaheim and Long Beach, California. They still wanted to participate.

Julieana Guash, ’18, a theater major who worked as an actress and stage manager in Buffalo before the COVID-19 shutdown, is leading the effort. The group, which recently started meeting through Zoom, is brainstorming creative ways to share stories of racism and disparities throughout society.

“We’re going through the collaborative writing process like we did in the Devised Theater classes,” Guash said, “We hope to meet this summer in the park for some socially distanced rehearsals.”

AFP members have performed previous collaborative plays tackling tough issues in the Buffalo Public Schools and for college students they partnered with in Rwanda.

The idea for this one began when Eve Everette, assistant director of AFP who teaches the Devised Theater class, asked alumni in a social media post how they were feeling at the beginning of the protests.

“We said we wished we could build a story reflecting these issues like we had in class,” Guash said. “Eve ran with it and said, ‘Let’s do it.’”

While Everette and Kahn serve as advisers, the students and alumni are the ultimate authors, stage managers, actors, and directors who will oversee the play.

“I would like our black alumni to handle the majority of the writing,” Guash added. “I know racism, but this is not necessarily my story to tell.”

She said that whatever format the play ultimately takes, the group intends to use it as a way to raise money for the Black Lives Matter movement.

Likewise, Shae Brockington, a senior theater major whose internship in the AFP office abruptly ended when the campus switched to remote learning because of COVID-19, saw the opportunity to use Instagram Live! as a vehicle to discuss the issues Floyd’s death brought to the forefront.

Previously, AFP Instagram Live! has been used by a number of students to connect and share stories during the pandemic. As students’ attention has shifted to the racial protests, Brockington said, she suggested to Kahn and Everette using this moment to encourage thoughtful dialogue among students.

“AFP Live! is a platform for them to speak their truth, no matter what it may be,” Brockington said. “Students have been on the front lines of these protests, taking a stand against injustice. They’re sending in pictures and continuously posting petitions and donation sites on their social media platforms.”

As part of Brockington’s ongoing internship, Kahn agreed that she could host these discussions in a talk show format this summer during Bengal Pause (Tuesdays and Thursdays from 12:15 to 1:30 p.m.).

The first one will air on June 19, which is Juneteenth, the oldest nationally celebrated commemoration of the ending of slavery in the United States.

Meanwhile the play, which is currently untitled, will be streamed on AFP’s Facebook and Instagram channels. If social distancing measures continue to be relaxed in Western New York, the alumni and students may perform the play in an outdoor setting open to the public.

“The process of doing these devised plays is therapeutic and healing,” Guash said. “In AFP, we call ourselves a village. As we come together, we bear a lot of emotions, personal stories, and experiences.”

Kahn said the best part has been watching how the alumni treat one another as they build their story.

“It’s a model on how we wish society to be,” he said. “We agree that story is first and listening to each other is paramount. We agree that we are emblems of love, compassion, and consideration.” 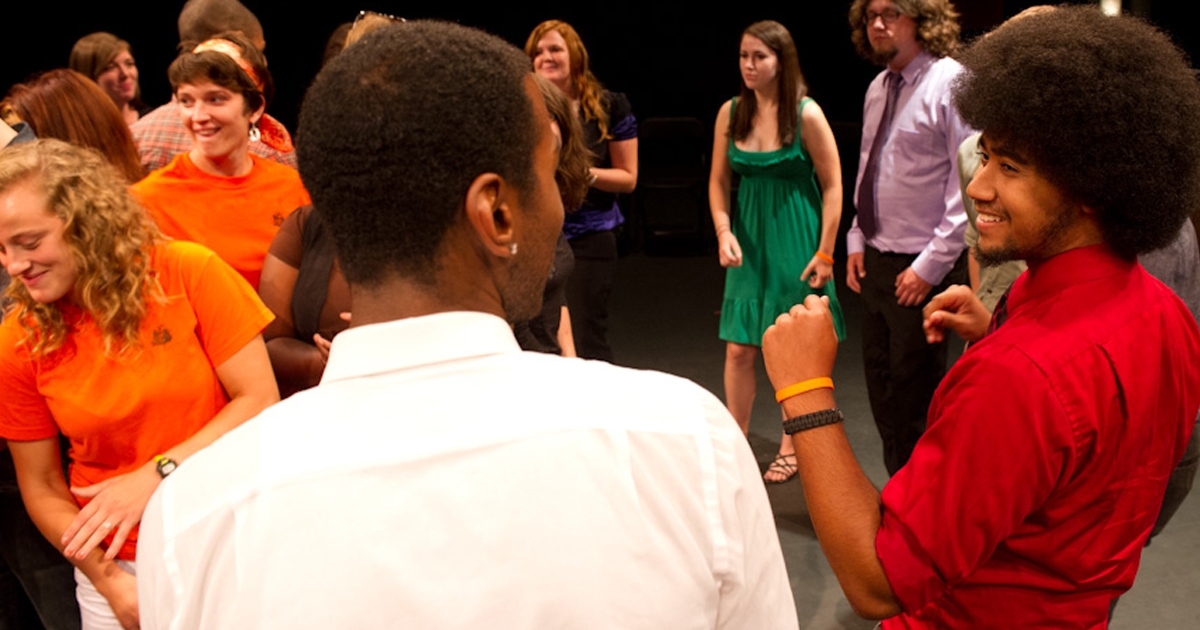 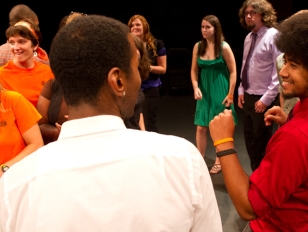