The Anne Frank Project (AFP), now in its 13th year at Buffalo State College, has received a $1 million endowed gift from a retired faculty member, an infusion of funds that will substantially bolster the project’s impact on all fronts. 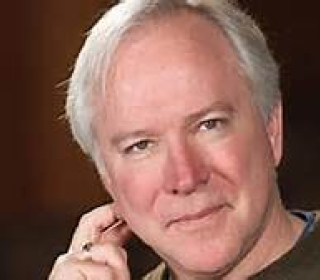 “I wanted to do something to make a difference, and I decided the most deserving entity was the Anne Frank Project.”

Donn Youngstrom, who served as an associate professor of theater at the college for 24 years until his retirement in 2018, presented the Buffalo State College Foundation with the gift this summer. Youngstrom is intimately familiar with the importance of AFP—not only its yearly experiential AFP social justice festival but also its accompanying story-based training for teachers in the Buffalo schools and abroad.

“We are beyond thrilled,” said Drew Kahn, SUNY Distinguished Service Professor and AFP founding director. “His gift is a true game-changer for AFP and our campus.”

Since its start with a unique campus production of The Diary of Anne Frank in 2006, AFP has expanded through the years, including developing local, national, and international story-based learning programming for students, teachers, and professionals.

The funds will support AFP’s scope in three main ways: to hire two part-time teaching artists to assist with the AFP in the Schools initiative; to support high-profile keynote speakers for the social justice festival each fall; and to develop a new AFP Global Learning Lab, which will allow Buffalo State students to interact with students living in partner countries, including Rwanda, Kenya, and Switzerland. The lab, which should be completed next spring, will be located next to the AFP offices on the fourth floor of the Campbell Student Union and include multiple video and audio components, Kahn said.

“I am humbled by Donn Youngstrom’s generosity,” said Buffalo State College President Katherine Conway-Turner, “and so grateful that he decided to support an important piece of Buffalo State’s ongoing social justice efforts. His selfless act will have a ripple effect, elevating and amplifying AFP’s social justice messages to the campus community, the K–12 classrooms, and students on the other side of the world.”

Youngstrom explained that an inheritance he received from his father, who died in 2020, inspired him to make this gift.

“I wanted to do something to make a difference,” Youngstrom said, “and I decided the most deserving entity was the Anne Frank Project.”

“It has been my great pleasure to work closely with Donn over the past year as he sought to structure his gift to have the greatest impact possible,” Finnerty said. “His colorful stories about Hank Mann and Don Savage, two of the college’s most cherished benefactors, depicted the gratitude he has for the vital role they and the college played in his life. It is so appropriate that his name will now join theirs in cementing the future of the programs they loved.”

In summer 2020, Youngstrom was discussing the gift possibility over lunch with Kahn and Melissa Brinson, a member of the Buffalo State College Council and the Anne Frank Project Development Board. At some point during the meal, he wrote the amount he planned to give on a napkin and handed it to Kahn.

Once the shock wore off, they worked together to determine how to earmark the funds to make the most impact.

“Since its inception, Donn has always been connected to AFP and supportive of our students. He understood from the beginning the need for this initiative and its potential. From then until now, Donn has wanted to make a difference in this crazy, terrifying world.”

First, Youngstrom noted that Kahn and Eve Everette, assistant director of AFP, couldn’t keep up with the demand for story-based trainings with Western New York school teachers. They decided they could alleviate their load by bringing on two teaching artists specifically for this purpose. In July, they hired theater program alumnae Jonise Hall, ’20, and Gabriella McKinley, ’21, and they’re already working with six schools, Kahn said.

“This is the highest demand portion of AFP, and it’s time consuming,” Kahn said. “We spend at least 10 hours with each of the teachers and then one day every week in the classroom helping them apply the lessons. We were able to double our staff at a time when there is no funding for new hires.”

Second, they wanted to have the ability to lure more high-profile speakers to the annual AFP festival. Thanks to Youngstrom, that has already come to fruition for the 2021 festival, “Believe, Inspire, Achieve,” which runs October 13 through 15 on campus.

Samantha Turner, a senior adviser in the U.S. Agency of International Development (USAID) within the Biden-Harris Administration, will kick off the festival with a keynote address on Wednesday, October 13, at 9:00 a.m. in the Campbell Student Union Social Hall.

“Samantha is a real rock star,” Kahn said, adding that Youngstrom will serve on the selection committee to help choose additional speakers to come to the festival each fall.

And third, they wanted to expand Buffalo State’s outreach and partnership with students around the globe.

AFP staff and volunteers often quote the festival’s eponym with her plaintive statement, “How wonderful it is that nobody need wait a single moment before starting to improve the world.”

According to Kahn, this had been Youngstrom’s mission long before making the recent gift.

“Since its inception, Donn has always been connected to AFP and supportive of our students,” Kahn said. “He would come into my office each March, when I was preparing to take an AFP group to Rwanda, and ask how short students were on funds. He would write a check to cover the difference for their travel with the stipulation that we didn’t say where the money came from. He later set up a formalized scholarship so that students who wanted to fly to Rwanda were able to do so.”

In addition, Youngstrom offered to assume the Theater Department chair position when Kahn took over AFP.

“He understood from the beginning the need for this initiative and its potential,” Kahn said. “From then until now, Donn has wanted to make a difference in this crazy, terrifying world.

“Through this amazing gift, we’re going to be able to expand AFP in multiple and beneficial ways. Thousands of students and teachers will benefit in coming years. And most importantly, our students, faculty, and staff can see what true altruism looks like.”

Inset photo of Donn Youngstrom, courtesy of the Record. 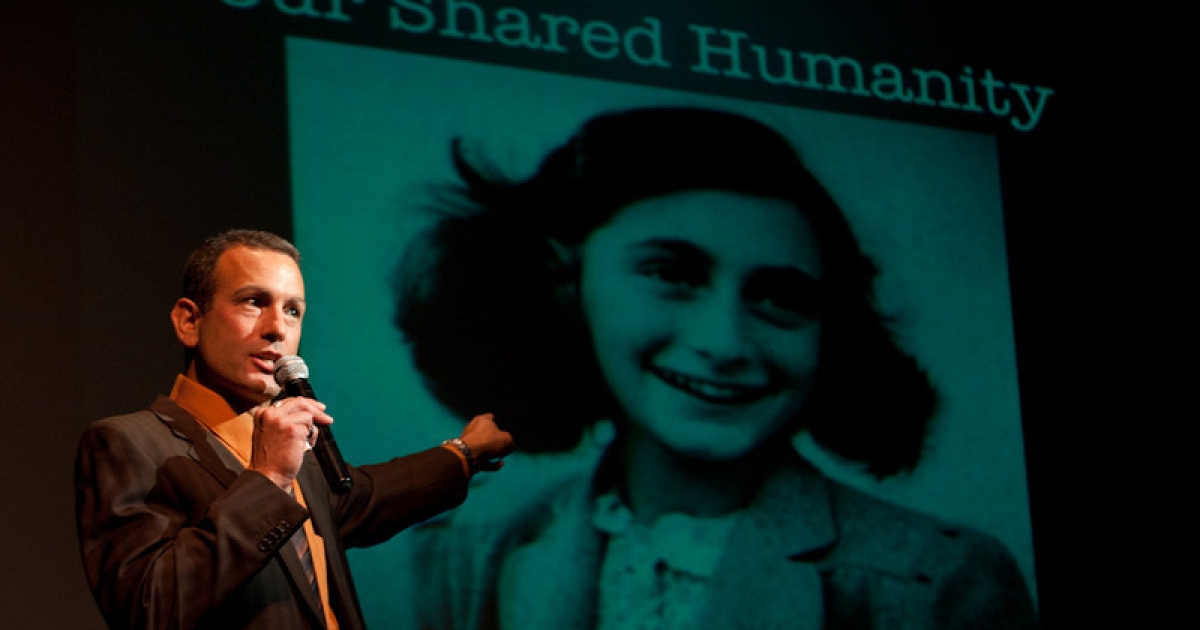 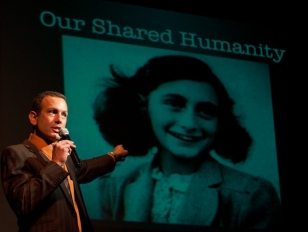