In late July, Naila Ansari, Buffalo State College assistant professor of theater, along with a recent alumna and two senior dance students, had the opportunity to participate in a groundbreaking performance of Black Roots Summer at Bard College in Annandale-on-Hudson, New York.

Organized and led by Michael Mwenso, jazz musician with Mwenso and the Shakes, and Jono Gasparro, former curator of Ginny’s Supper Club in Harlem, Black Roots Summer was intended to provide healing and inspiration following a year of lockdowns and racial justice uprisings. Thirty performers of color presented a mix of instrumentals, singing, and dancing.

Ansari was tapped to serve as the show’s choreographer after working with Mwenso—who is also an antiracist educator—at Buffalo State.

“The Grant Allocation Committee provided me with funding to bring Michael to campus,” she said. “I wanted to give students from all academic disciplines the chance to participate in his teachings that combine Black performance with protest. Through both online and in-person sessions, he talked about what it means to create Black art in this moment.”

Mwenso and the Shakes performing at Black Roots Summer at Bard College.

“We had top musicians and vocalists from around the world, including Madagascar, France, Nigeria, and Barbados,” Ansari said. “There were Juilliard alums. It was really interesting who this performance brought together and how it played out. It ended up being a beautiful thing.”

The three shows included Love Will Be the Only Weapon, which explored Black ancestral diasporic music and traditions through such musical legends as Fats Waller, Muddy Waters, and James Brown; Genius Mother Mary: A Sonic Retrospective of Mary Lou Williams, focusing on the work of the Grammy-nominated American pianist, arranger, and composer; and The Sound of (Black) Music, which included favorite songs from the beloved Rodgers and Hammerstein musical as reimagined through an Afrofuturistic lens.

One poignant aspect of the performances was their location at Montgomery Place. Acquired by Bard in 2015, Montgomery Place is the site of a family mansion built in 1805 that housed slaves. The college is now exploring the history of the property and how it connects to largely missing narratives of Native Americans and African Americans, and embracing a wider view that includes themes of ecology, agriculture, human inhabitation, labor history, and commercialism.

Overall, Ansari said, having the chance to contribute to Black Roots Summer at a time of heightened conversations surrounding racial justice was satisfying and humbling.

“I’m excited because there are plans to return to Bard next year for another Black Roots Summer,” she said. “I hope to have the opportunity to bring more students with me, which provides a great real-world experience for them.” 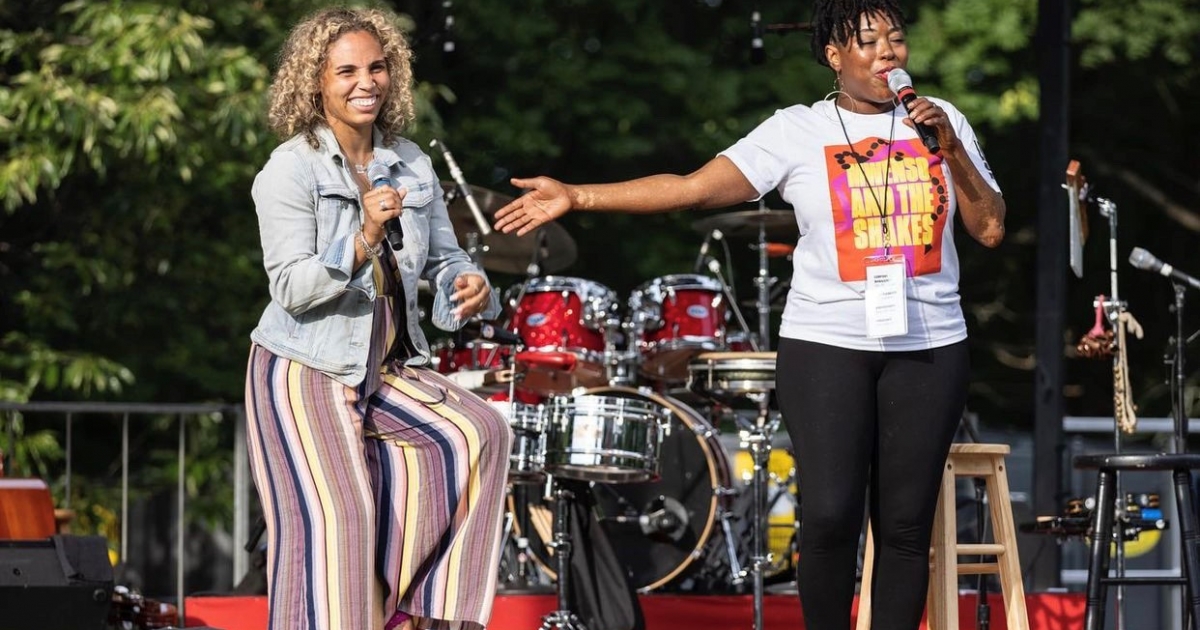 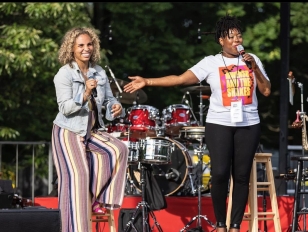