While majoring in psychology at Buffalo State College, Gary Siddall, ’12, found a unique way to study behavior—in a wetsuit, with clients who bark, waddle, and perform acrobatics both underwater and on land.

As a full-time animal trainer at the Aquarium of Niagara, Siddall spent his days with seals, sea lions, penguins, and an assortment of other marine life. He fit all his classes in on Tuesdays and Thursdays and still managed to graduate within three years.

“Buffalo State was so accommodating,” he said. “The staff helped me schedule classes around my job. I couldn’t have done it otherwise.”

A native of Lewiston, New York, Siddall found his passion at a young age, working with marine mammals, fish, birds, and reptiles as a volunteer at the aquarium. He relocated to Houston with his family during his junior and senior years of high school, but the aquarium offered him a full-time position when he graduated.

His passion never dimmed. Siddall worked as an animal trainer before being promoted to supervisor of marine mammal care and then to deputy director for two years. He was named executive director of the not-for-profit organization in April 2016.

Along with overseeing 128 species in 30 exhibits, his position involves handling a $3.5 million operating budget, overseeing fundraising and project management, and executing the aquarium’s strategic master plan, which includes a mission of conservation, education, and entertainment.

Some of his biggest sources of pride are bringing seven rescued sea mammals into the aquarium and spearheading $6 million in capital improvements. They include a renovated penguin habitat, a new jellyfish gallery, and coming this summer, an interactive shark and stingray exhibit.

“Since the expansions and renovations, it’s like the aquarium has developed a different culture and visitor experience,” he said, adding that attendance has grown by more than 34,000 visitors over the past three years.

Looking back, Siddall said, what he learned in the classroom, especially in his psychology courses, prepared him for every job he’s held at the aquarium, including his current one.

“I fell in love with organizational psychology at Buffalo State,” Siddall said. “My favorite professor, Rob Delprino, introduced me to workplace psychology. I knew I wanted to work with marine mammals, and it’s so behavior based. Psychology was the perfect fit.”

Siddall jokes that learning how to manage animals makes it easier to manage people. He now has a staff of some 60 employees who handle everything from zoological operations to educational programming.

Although much of his job requires professional dress, Siddall occasionally dons the wetsuit to stay in contact with the creatures that brought him into the business in the first place.

But he doesn’t have to jump into the water to make connections. If he’s talking while walking through the aquarium, he’ll get a happy response from the sea lions, especially one named Kiah. He started training her 11 years ago, and their relationship is more akin to man’s best friend. She barks, sticks out her fins, and even rests her head in his lap when he crouches next to her.

“I love all the animals,” he said, “but I’ll admit I have a soft spot for sea lions.” 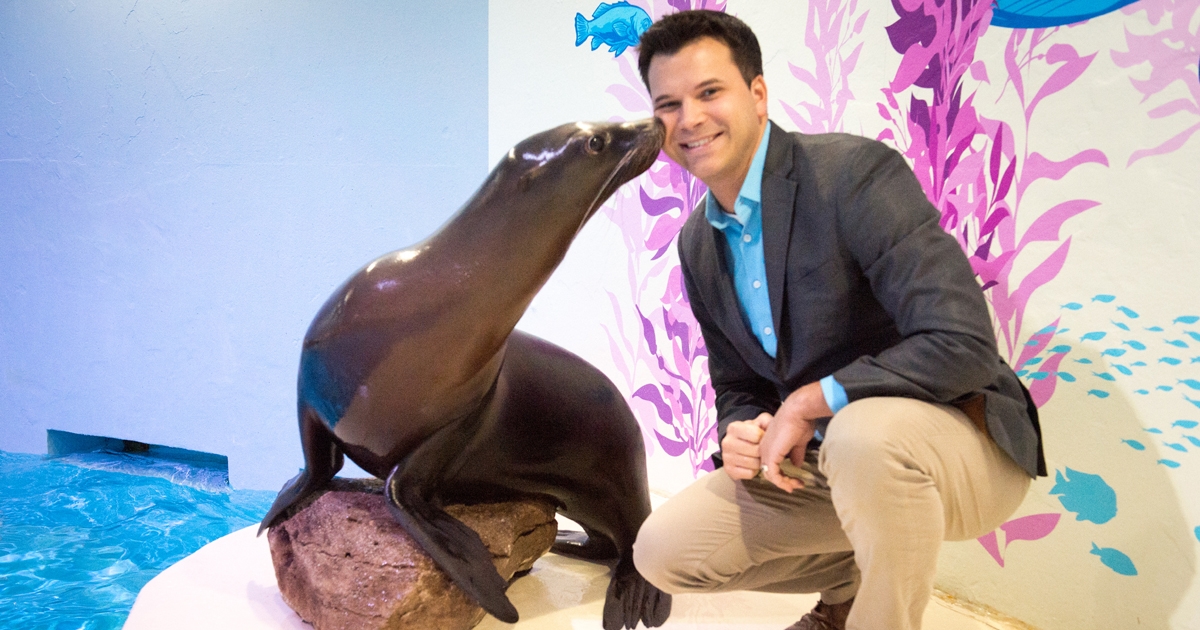 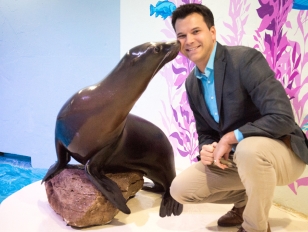