Communication Department alumnus Leif Reigstad, ’14, has quite the accomplished academic and professional background, to say the least. While a student at Buffalo State College, Reigstad was inducted into Lambda Pi Eta, the National Communication Association’s official honor society; received the Dr. Julia Piquette Scholarship Award; and served as a reporter and sports editor for the student newspaper, the Record, all before going on to earn his master’s degree in journalism from Columbia University, where he graduated with honors in the top 10 percent of his class. Since then, the Kenmore, New York, native has settled in Texas, where he has had a thriving career in journalism, first as a staff writing fellow for the Houston Press and now as an associate editor for Texas Monthly, where he wrote a riveting profile last June on a name that has been swirling around lately: Joe Exotic. Yes, before the Tiger King was the subject of Netflix-induced infamy, Reigstad published one of the earliest and most comprehensive stories of him, detailing the bizarre exploits leading up to his arrest and trial for a murder-for-hire conspiracy.

Reflecting on Reigstad’s time as a Bengal reveals how his reporting dreams began. Although uncertain of the avenue he would take, Reigstad said, he knew his goal was to become a reporter, which was confirmed at Buffalo State, where he was drawn to in-depth features and long-form stories.

“I knew that I had wanted to write for newspaper.s or magazines, but I didn’t quite know what specific thing I wanted to do when I started at Buff State,” he said. “I started writing for the Record in the second semester of my freshman year, and that really cemented my career goals; that was how I knew I wanted to be a journalist.”

In addition to his time at the Record, Reigstad also credited faculty and staff from the Communication Department with helping him find his creative voice, including associate professor Annemarie Franczyk and senior associate athletic director Thomas Koller, as well as former adjunct faculty member Scott Scanlon. Reigstad chose Buffalo State for its journalism program, which he said built the foundation for his career.

“I knew [the Communication Department] had a strong reputation, and I knew that the way they were teaching journalism at the time was in a way that a lot of other schools hadn’t even shifted to yet,” he said. “It was a great environment to begin my journalism career in, and I’m just super grateful for everyone there and for having that experience.”

Upon earning his B.A. in journalism, Reigstad matriculated at Columbia, where his search for a graduate internship led him to a six-month fellowship with the Houston Press by way of Voice Media Group. After a while, he decided to ditch his initial plans to return to New York City, opting instead to stay in Texas after being drawn to the welcoming environment and intriguing yet often untold stories that would arise from the Lonestar State. One of his most successful stories, involving a certain big cat enthusiast turned convicted felon, was discovered during his search for newsletter content for Texas Monthly.

Upon seeing an Oklahoma news article about the arrest of Joe Exotic (whose real name is Joe Schreibvogel), Reigstad was instantly drawn to his story and eccentric mugshot. After his pitch to feature the story in Texas Monthly was enthusiastically approved by his editor, Reigstad was led down many “rabbit holes,” as he described the process, collecting and reporting facts about Joe Exotic’s life, visiting his closed private zoo, being among the reporters who attended his trial, and even speaking with the man himself from prison.

“He sounded kind of normal; he was pretty reserved, he was kind of charming, he had a good sense of humor,” Reigstad said. “Then, the longer I talked to him, I really got the sense that he wasn’t apologetic about the things that he had done. He had no remorse at all for the way that he treated Carole Baskin in particular. That’s one of the things about this type of reporting; it’s not something you can do in one or two phone calls, because you don’t get a full picture of the story or of someone’s character and personality that way.”

Reigstad’s own name has been in the national news lately, as his Texas Monthly piece has inspired a new Tiger King mini-series co-produced by CBS that will star actor Nicolas Cage as Joe Exotic, as well as a conversation about the piece on the New York Times website. While Reigstad noted the experience as surreal, he also admitted he didn’t expect (or desire) to hear much more about the saga once his story was published.

“After [the Texas Monthly feature] came out, I thought, ‘All right, I don’t really want to think about Joe Exotic too much more anymore.’ Then, of course, the documentary comes out and that’s all everyone wants to talk to me about,” he said.

Although the story is still having its moment, the Tiger King exclusive was not the first piece Reigstad wrote that would later be popularized by the likes of Netflix. Cheer, a docuseries released this year that gives viewers an inside look into the world of competitive cheerleading, has been making its rounds in various news features. Five years before its takeoff, Reigstad wrote a piece for the Houston Press on the topic that would later be referenced by Cheer producers in their research for the series. In fact, the article earned him a first-place Lone Star Award for Investigative Reporting from the Houston Press Club in 2016 and a feature in the docuseries.

As for his plans, Reigstad said he aims to do exactly what he has been doing: telling forceful and unique stories through writing, although he also has his sights set on other forms of storytelling, such as podcasts, for example, which Texas Monthly plans to implement.

“It’s the best job that I could ever have,” he said. “There’s really nothing better than being able to dive into a story and figure out how to tell it on paper. I’m doing what I’ve wanted to do; I’m content with doing this for the rest of my life.”

For aspiring journalists at Buffalo State, Reigstad’s advice includes getting acquainted with the Record, being persistent in working toward a successful career, even if the beginning may not look promising, and being mindful of how a story can affect the lives of those involved in it.

“You never want to make things worse for people who already may be vulnerable or in a precarious position in their life,” he said. “Always be aware of the ethical considerations of your reporting and your writing, because that is what’s most important.” 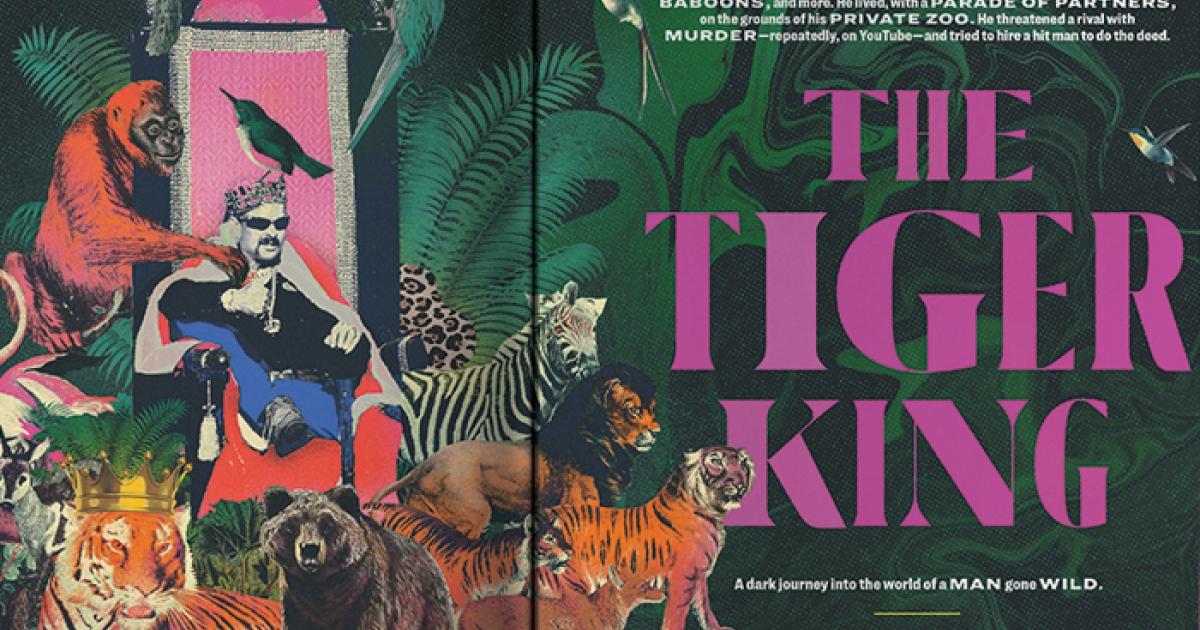 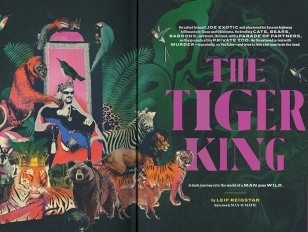