What began as a senior project for Buffalo State College alumna Madeline Kromer, ’19, turned out to be the very thing that would help her not only garner recognition in an international competition but also fine-tune her focus and start a new career with a leading architecture and engineering firm.

In December 2019, Kromer and her teammates—Don Schenk, Thomas Vullo, and Shawn Whalen—represented Buffalo State’s Engineering Technology Department in a big way by placing second in the 2019 American Society of Heating, Refrigerating, and Air-Conditioning Engineers (ASHRAE) University Competition in the HVAC Design Calculations category.

“I didn't realize how big a deal it was until I started working in the industry that the senior design project was in,” Kromer said of beating out national and international competitors. “It’s a unique award, and not many schools around here participate in projects, so for a group of four, placing in this was a huge honor.”

The opportunity also led to a full-time job for Kromer as a mechanical engineer with Wendel Companies, where she had been interning over the summer.

Even before the competition, however, Kromer was a star on campus, serving as assistant captain for Buffalo State’s women’s hockey team. In 2016, she was among 63 Buffalo State student-athletes recognized by the State University of New York Athletic Conference (SUNYAC) when she was named an All-Academic Team recipient. Additionally, Kromer volunteered with the team in its annual initiatives, including Bengals Dare to Care Day and the Roswell Park breast cancer walk.

“To find a school that had ice hockey and engineering was kind of difficult, considering the level of ice hockey I wanted to play at.”

Although being on the ice was her passion, Kromer said, balancing her athleticism and curriculum along with personal obligations was not an easy feat.

“I was an engineering student, which made it very difficult to play a sport,” she said. “I also worked part time throughout the year at night when I didn’t have any classes, so that was another challenge.”

Kromer’s dedication to her academic life, however, was fueled by her longtime devotion to and passion for her area of study, mechanical engineering. She said her love for the technical field originated with her interests in puzzles, which her parents (both teachers) took notice of early on. When Kromer was in high school, they encouraged her to participate in BEAM (Buffalo Engineering Awareness for Minorities), a program devoted to promoting diversity in STEM by providing opportunities for underrepresented students.

Kromer is a second-generation Bengal, following in the footsteps of her mother, Tracy, who graduated from Buffalo State in 1993. Her decision to attend was motivated by the need to find a college that would allow her to pursue both her academic and extracurricular interests.

“To find a school that had ice hockey and engineering was kind of difficult, considering the level of ice hockey I wanted to play at,” she said.

Having found the college that would allow her to pursue both fields, Kromer enrolled as a resident student in her first year. In May 2019, she graduated with a bachelor of science in mechanical engineering technology, putting her one step closer to her goal of getting a professional engineering license.

In February, she was asked to return on behalf of Wendel in a somewhat full-circle moment. Kromer was one of two representatives from Wendel chosen to collaborate with a junior class from the interior design program to discuss the relationship between design aesthetic and engineering functionality.

Again, Kromer found an opportunity that would allow her to both teach and learn, all while gaining experience in her field and propelling her toward her dreams.

“Even though I was asked to do it, I was happy to, because as a student, I had no idea about this field, so being there was pretty cool,” she said. “If I was asked to, I would totally do it again.” 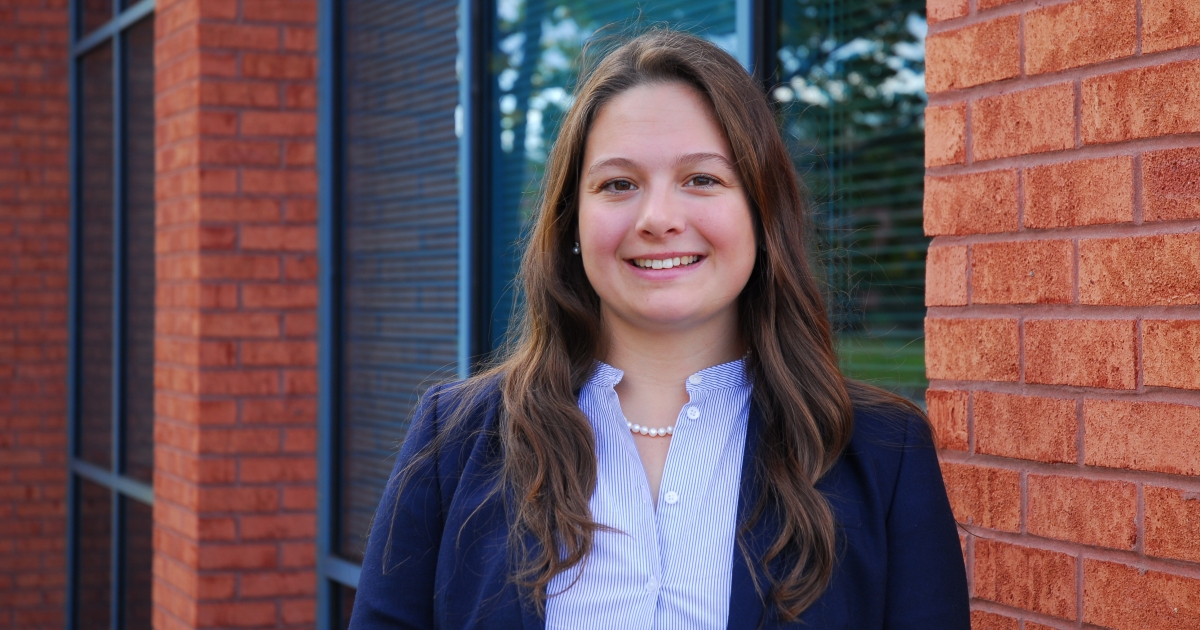 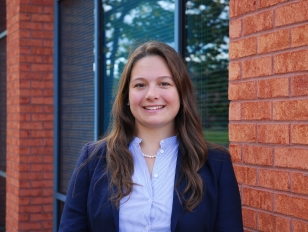