Several biological factors and behavioral traits—like migrating habits and social bonds—play into whether certain species of birds are more likely to produce hybrid offspring than others.

That’s the finding of a recent scholarly article by Gavin M. Leighton, assistant professor of biology, which explores avian behavioral traits that may make the production of offspring between two different species, or hybridization, more or less likely, thereby influencing their evolutionary course.

“As far as we know, there’s no other study like this that looks at what traits in species might make hybridization more or less likely,” Leighton said.

The article, titled “Sociality and Migration Predict Hybridization across Birds,” was published in the Proceedings of the Royal Society B: Biological Sciences 288 in March. Lucy Jingyi Lu, Eliot Holop, Jessica Dobler, and Russell A. Ligon are coauthors on the paper.

Using established research on bird hybridization, Leighton and his coauthors looked at things like whether a species migrates, what breeding system the species might have, and other ecological and social variables. They determined that the process of species formation often involves hybridization, and hybridization is strongly influenced by two biological factors. The first is the length of social bonds in a species.

“As far as we know, there’s no other study like this that looks at what traits in species might make hybridization more or less likely.”

“We think that’s because if you are one of these species that formed a long-term bond with a mate, it’s actually potentially quite problematic and quite detrimental to your fitness if you pair off with another species,” he said. “That’s because hybrids often have reduced fitness. So, there’s a strong selection pressure against hybridization among species that form long-term social bonds.”

“We think this is because species that migrate have to fly up to a breeding territory,” he said. “They have to quickly time the production of a nest and offspring to the emergence of lots of insects that are the primary food of the chicks in the nest. There is this compressed period of time where an individual in these species that migrate has to find a mate and make this decision quickly relative to other species that don’t migrate. Potentially, there’s time pressure that might lead to a species making mistakes and pairing with and producing offspring with another species.”

The findings in the article also shine a light on some of the shortcomings in determining the evolutionary scale of hybridization. Scientists are aware, generally, that some species are well studied, while others are not, producing some bias, Leighton said.

For instance, birds in North America have been well studied, while species in the tropics have not. The latter tend to have very little natural history information available. But there isn’t a lot of quantitative data showing that to be the case.

“It really cries out for more attention to these species,” Leighton said. “I think we are suggesting with this paper that, biologically, our understanding of evolution is still potentially a little bit limited due to geographic biases. I think this paper is one of the first strong demonstrations of that.”

Some contemporary research has looked at “hybrid zones,” the areas where two bird species come together and create hybrid offspring, Leighton said. That research, while good, left some questions unanswered.

Leighton and his coauthors looked at 14 families of birds for the study, some of which hybridize a lot, and some that do not.

“Birds like jays and crows don’t tend to produce very many hybrids, at least relative to other groups,” he said. “They are species that tend to form long-term social bonds.”

Warblers, on the other hand, produce quite a few hybrids, comparatively.

“A species that you’ll see around here, the yellow warbler, has been reported to produce hybrids of two different species,” Leighton said. “One of the most prolific ones, the Myrtle warbler, has reported nine different hybrids, which is quite a high number.”

The fish crow, which is often found in Western New York, has no reports of producing a hybrid, Leighton said.

“Since it’s a species in North America, we have reasonable confidence that it’s not simply due to the fact that it hasn’t been studied,” he said.

Overall, the research shows that the picture may not always be complete in terms of evolutionary trajectories.

“I think it’s good to remind the field that we’re generating this insight, these processes, using this subset of species. And the picture isn’t complete, because this subset of species engage in this specific behavior,” he said. “And that doesn’t apply to all these others. So, we need to make sure we have a more correct interpretation and breadth of interpretation for our inference.” 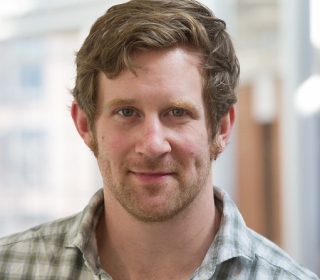 About Gavin Leighton
Gavin Leighton holds a Ph.D. in biology from Miami University. Broadly trained as a biologist who works at the intersection of evolutionary biology and animal behavior, he held postdoctoral fellowships at the University of Arizona and Cornell University before joining the Buffalo State College faculty as an assistant professor in 2018. His current research includes examining the evolution of vocal complexity in birds and the evolution of social behavior in ants. His most recent paper, “Multiple Factors Affect the Evolution of Repertoire Size across Birds,” appears in Behavioral Ecology (March 2021). 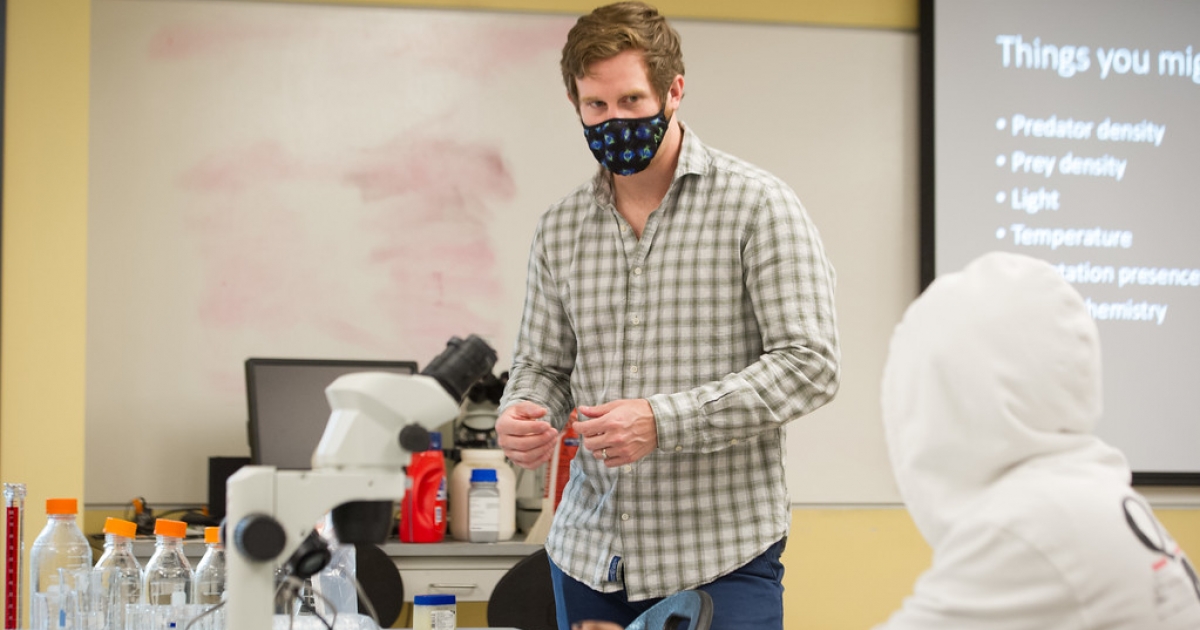 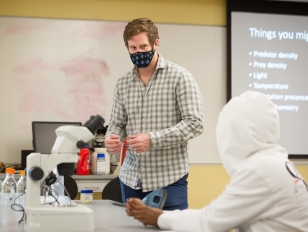