Janelle Brooks, Buffalo State College assistant dean of student conduct and community standards (SCCS), originally set her sights on a career in law enforcement, possibly with the FBI; however, leadership roles she developed as an undergraduate and a work-study position she found in her college’s student affairs office steered Brooks in a different direction. 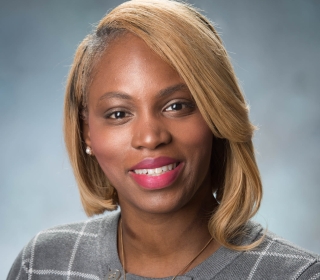 “I enjoyed helping connect students to resources that were aimed at contributing to their success,” she said. “When I made the decision to go to graduate school, I hoped to have the same impact.”

Marrying her love for criminal justice and student affairs ultimately led Brooks to her current position at Buffalo State, one she assumed in 2017 and has since infused with restorative justice (RJ) elements. Brooks is responsible for overseeing the campus’s Restorative Justice Center out of her office on the first floor of Bengal Hall.

To Brooks, restorative justice is a multilayered, holistic approach to helping students process societal problems, as well as resolve personal conflicts. Buffalo State first introduced RJ practices in 2015 in the residence halls as a new method for resolving student conflicts and incidents.

“We viewed it as a way to provide less punitive responses to student behavior via the student conduct process,” said Brooks, who served as the assistant director of residence life from 2011 to 2017. In 2019, they trained RAs to become RJ ambassadors as a way to expand the program.

“Restorative justice works by listening to both sides of a situation,” Brooks said, noting that it can applied to conduct violations, including classroom interruptions, roommate conflicts, and vandalism. “It’s powerful because it helps students have a better lens to make decisions. They still get restitution, but it’s more restorative in nature. It can’t, however, be used in every situation.”

Participation is voluntary and all parties involved must agree to be part of the process.

“This means an accused student must first accept responsibility for his or her actions,” Brooks said, “and then take the initiative in repairing the harm done to another individual or a group.”

The RJ center’s work also includes developing Restorative Justice Circles that are open to the campus community. RJ circles began in fall 2019 as a way promote education and healing, mediate conflicts, and examine difficult topics, such as police violence and voting rights. Each circle has a facilitator who is trained in RJ practices.

“Restorative justice works by listening to both sides of a situation. It’s powerful because it helps students have a better lens to make decisions.”

“Participants sit in a physical circle, which equally distributes the power, rather than having one person in front of a room talking,” Brooks said. “The circle encourages all facets of campus—faculty, staff, administrators, and students—to engage in a meaningful conversation.”

During the 2019–2020 academic year, only three of the seven circles were held in person because of the onset of the coronavirus. This fall, they offered two in-person sessions: “RJ: What Motivates You?” and “Exploring Identity.” Three new circles are planned for the spring.

Colleges and universities nationwide have relied on RJ to resolve student conflicts and incidents for years; however, Buffalo State remains the only school within the State University of New York (SUNY) system to do so. That may change, however. In 2021, Brooks began creating RJ training modules for other colleges and universities within SUNY to adopt. The module went live in December, she said, and can be viewed by anyone connected to the SUNY Student Conduct Institute. This could have a ripple effect throughout SUNY.

Often, Brooks said, RJ helps uncover the reasons why a student has misbehaved. And once that is understood, positive change can quickly unfold.

“Restorative justice gets to the root of the issue,” she said. “It also helps students see how they can make different choices next time.” 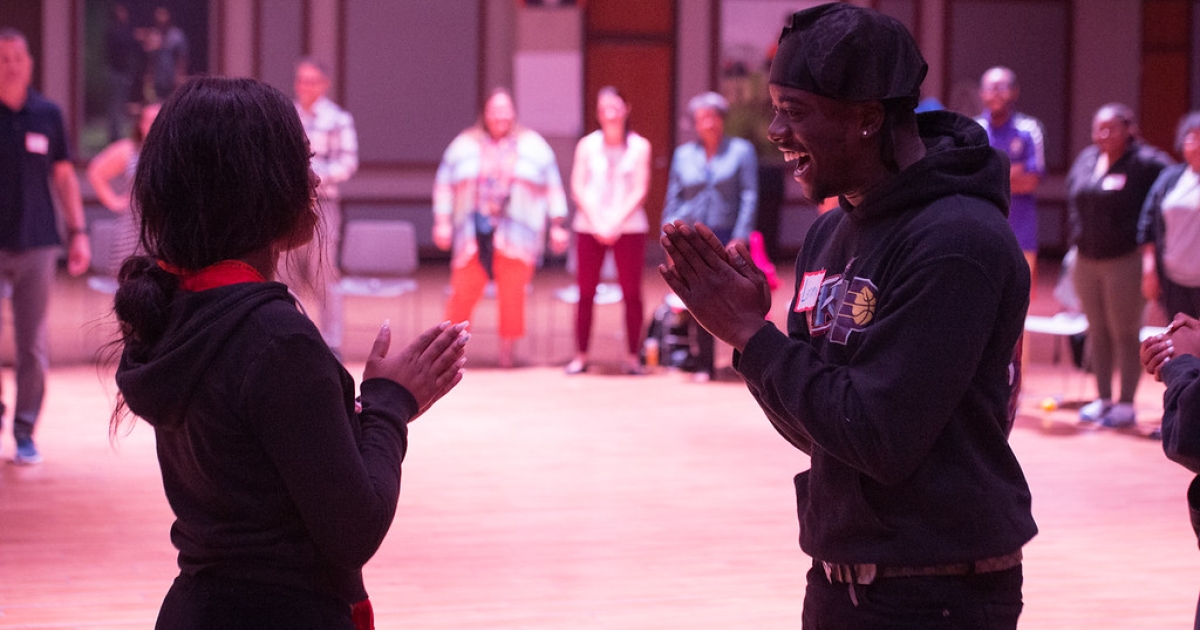 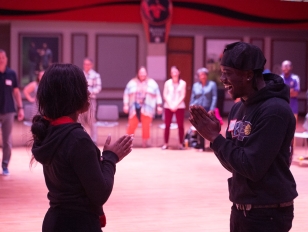