Buffalo State College Intercollegiate Athletics has announced plans to add three new sports—acrobatics and tumbling, women’s wrestling, and men’s volleyball—over the next two years. Acrobatics and tumbling and men’s volleyball will begin competition for the 2023–2024 season, while women’s wrestling will begin in the 2024–2025 season. These additions will bring the total number of Bengal intercollegiate sports program to 21.

“We are thrilled to be adding these three sports to our Intercollegiate Athletics Department at Buffalo State,” said Buffalo State College President Katherine Conway-Turner. “As a proud member of NCAA Division III, we know that our student-athletes are some of the highest performing students academically on our campus, while also serving as outstanding ambassadors for Buffalo State in the community. With approximately 100 additional student-athletes expected on campus once rosters are fully established, these new sports will not only contribute to our enrollment goals, but will add to the vibrancy of the campus experience for our students and alumni as we cheer on the Bengals in men's volleyball, women's wrestling, and acrobatics and tumbling.”

In all, the roughly 100 new student-athletes will add to the more than 400 who currently compete at Buffalo State. The Buffalo State Sports Arena will serve as the home venue for all three programs, which will all compete in the winter and spring seasons.

“The addition of these three sports will increase opportunities for a diverse population of student-athletes to continue to compete in the sports they love while pursuing their education.”

Acrobatics and tumbling is the evolution of different forms of gymnastics. The female-only sport involves tumbling, tosses, acrobatic lifts, and pyramids. Competitors in this sport demonstrate significant strength, power, flexibility, and balance in their skill set. Teams participate in head-to-head competition, in meets of two or three teams. A meet consists of six events, with a total of 20 heats. Scores are based on predetermined start values and evaluated on the execution of skills. As many as 24 student-athletes may be competing as individuals or in groups in a given heat.

Acrobatics and tumbling is an emerging NCAA sport for women on the Division I, II, and III levels. Buffalo State will be a part of the National Collegiate Acrobatics and Tumbling Association (NCATA), the governing body for the sport. Buffalo State will be the 43rd program to join NCATA’s ranks in the 2022–2023 season and will be the eighth Division III program and first program in New York State at any level.

“This has been an exciting spring for acrobatics and tumbling, and we are thrilled to welcome Buffalo State College to our community,” said Janell Cook, executive director of the NCATA. “We look forward to working with Renee Carlineo and her administration as they hire a coach and begin recruitment. The announcement of Buffalo State bolsters our DIII membership and continues growth in the Northeast region. Each new program offers unique collegiate opportunities for young women training in gymnastics and cheerleading to pursue their academic and athletic goals.

“With over 40 NCAA institutions sponsoring acrobatics and tumbling, we are well positioned to reach NCAA championship status. The addition of Buffalo State strengthens our association and enhances our primary goal—creating safe, inclusive opportunities for young women to compete at the varsity level.”

Women’s wrestling is also an emerging NCAA sport, as more than 28,000 girls compete in the sport on the high school level. The National Wrestling Coaches Association (NWCA), the governing body for the sport, will host the National Collegiate Women’s Wrestling Championships in early March. Buffalo State will be the second program in New York State to sponsor women’s wrestling on the varsity level, joining Elmira College.

“This extraordinary announcement represents the first intercollegiate women’s wrestling program added in SUNY,” said Mike Moyer, executive director of the NWCA. “I speak for our NWCA Board of Directors when I say that the SUNY Buffalo State administration is a trailblazer in a region where women’s intercollegiate wrestling is very underserved despite strong high school participation numbers. Creating this new opportunity for women wrestlers builds incredible momentum for our sport. Most important, this means more opportunities for more students. This is a win we should all be celebrating.”

Men’s volleyball is a growing sport in the Western New York region, the hometown of some of the best volleyball players that have played competitively on the international circuit, including USA Volleyball alumni Matt Anderson and Max Lipsitz. The Bengals will compete in NCAA Division III and will be the third program in Erie County, joining Hilbert and Medaille colleges. They will join Hobart as the 34th and 35th programs in New York State once competition begins in the 2023–2024 athletic season. Buffalo State is still finalizing plans to join an athletic conference for the sport. Regional conferences in this area include the Allegheny Mountain Collegiate Conference, which includes local foes Hilbert and Medaille, as well as the United Volleyball Conference, which includes a traditional SUNYAC foe in New Paltz and Western New York foes St. John Fisher and Nazareth.

“To echo what others have said, this really is about opportunity,” Carlineo said. “Buffalo State is a college that provides incredible opportunities to students in all forms. The sports of women’s wrestling, acrobatics and tumbling, and men’s volleyball fit perfectly into the Buffalo State’s mission, vision, and values. The addition of these three sports will increase opportunities for a diverse population of student-athletes to continue to compete in the sports they love while pursuing their education. I could not be more excited with the growth and energy among our department, coaching staff, and student-athletes. We are all grateful for the leadership, vision, and support of President Conway-Turner and her entire senior leadership team as they have been the driving force behind bringing these programs to Buffalo State.”

A national search will be conducted for the program’s first acrobatics and tumbling coach. The Bengals will look to introduce the first men’s volleyball head coach in the next week, and a search for a women’s wrestling coach will commence next year. 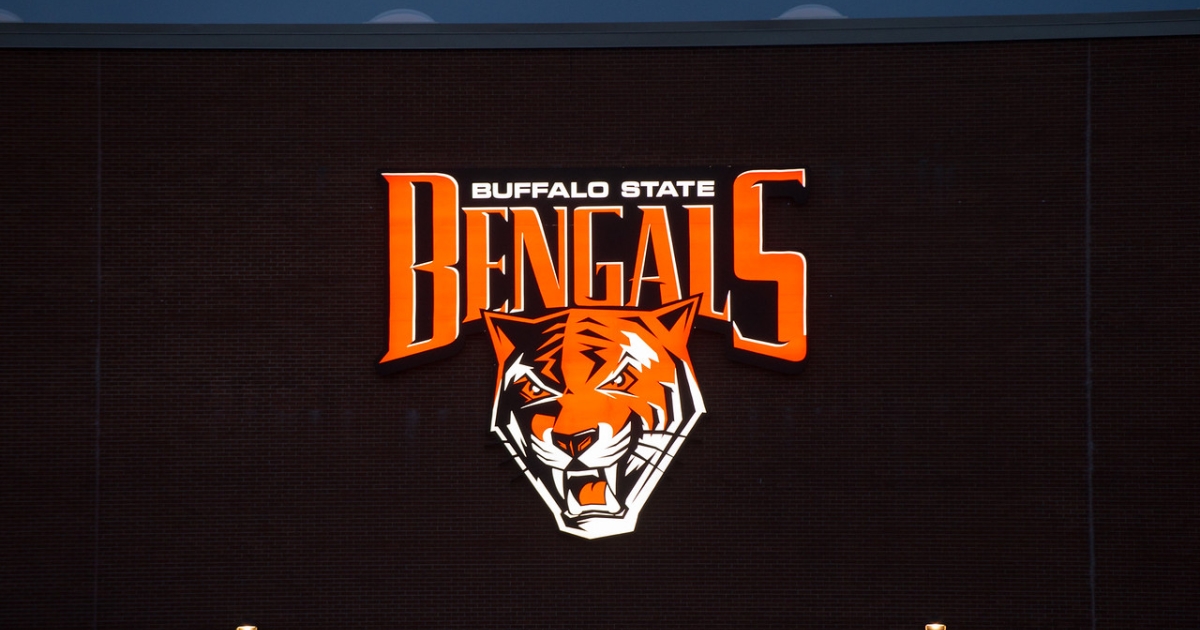 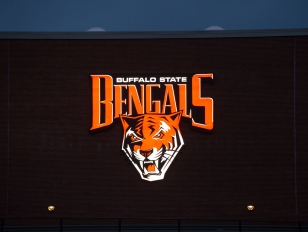