Three of Buffalo State College’s most accomplished and dedicated alumni will be recognized during the college’s 148th Commencement ceremonies on Saturday, September 26. The Distinguished Alumnus Award will be granted to Kenneth L. Huff, ’92, ’97, and Rick W. Kennedy, ’77, while Aitina Fareed-Cooke, ’12, ’16, will receive the Young Alumnus Achievement Award. The ceremonies will be conducted virtually because of ongoing coronavirus restrictions.

The Distinguished Alumnus Award recognizes graduates who have significant achievement and recognition in their field; dedication to community service, civic affairs, and volunteerism; and demonstrated ongoing support for and loyalty to Buffalo State College and its mission. The Young Alumnus Achievement Award recognizes graduates of the past 20 years who have achieved significant professional advancement and have demonstrated service to the community as well as loyalty and commitment to the college. 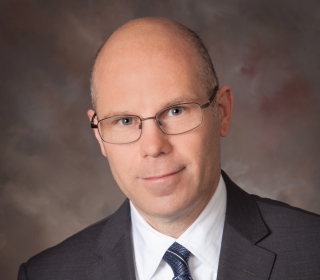 Kenneth Huff is a middle school teacher in the Williamsville Central School District in New York. He has 28 years of science teaching experience and is a national board-certified teacher in early adolescent science. Early in his career, he founded a Young Astronaut Council, which he continues to lead for fifth- through eighth-grade students at his school. His Young Astronaut Council students were selected to participate in the NASA Engineering Design Challenge Program at the Marshall Space Flight Center in Huntsville, Alabama, and the NASA Teaching from Space Program, which allowed students to ask questions of astronauts aboard the International Space Station via a live video downlink. As a follow-up to these events, Huff coordinated visits by astronauts to Western New York, including an event on the Buffalo State College campus.

In addition to his teaching responsibilities, Huff’s current activities include serving as president of the Science Teachers Association of New York State. His presidential vision focuses on engaging the science education community in understanding the innovations of three-dimensional science standards. He is a National Science Teaching Association-National Council of Teachers of Mathematics STEM Teacher Ambassador, a member of the National Science Education Leadership Association’s Professional Development Committee, and a member of the TERC Teacher Leadership Advisory Board. He also works with the Hawaii Department of Education in its Next Generation Science Standards Professional Development Experiences for All Science Educators program.

Huff has served the New York State Education Department as a member of its Science Content Advisory Panel, providing recommendations on implementing the state science standards, and he served as a member of the College Board’s Pre-AP Science Development Committee. He is a past president of the Association of Presidential Awardees in Science Teaching; served on the National Science Teaching Association’s board of directors; served as co-chair of the National Academies of Sciences, Engineering, and Medicine’s Teacher Advisory Council; and was one of only 41 individuals in the nation selected as a member of the writing team for the Next Generation Science Standards. In addition, he was selected to participate in two National Academies of Sciences, Engineering, and Medicine study committees that published the reports Seeing Students Learn Science: Integrating Assessment and Instruction in the Classroom, and Science and Engineering for Grades 6–12: Investigation and Design at the Center.

Select awards for his teaching and science leadership include the Presidential Award for Excellence in Mathematics and Science Teaching, the Empire State Excellence in Teaching Award, and the National Coalition for Aviation and Space Education’s Crown Circle for Aerospace Education Leadership Award. He has been elected a fellow of the American Association for the Advancement of Science for distinguished contributions to the improvement of science education curricula, education policy, science teaching, and teacher leadership in grades K–12.

Huff’s book, Engaging Students in Science Investigations Using Gather, Reason, Communicate Reasoning, was published in summer 2020. He is a New York native and is proud to have earned his bachelor of science and master of science from Buffalo State College. 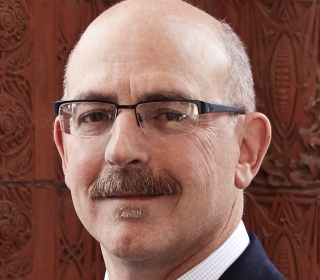 Kennedy has concentrated his career on complex environmental matters and the law governing lawyers. He has also served the firm as its co-general counsel and loss prevention partner, and as a member of its board of directors and compensation committee for two decades.

Kennedy served on the Buffalo State Alumni Association Board of Directors from 1992 to 1995. When the Political Science Department was struggling to fund travel to a regional tournament for members of the Legal Studies Moot Court Team, he provided a gift to make the trip possible. He has spoken to students on numerous occasions and serves on a Legal Studies Advisory Board at the college. Longtime supporters of Buffalo State, Kennedy and Hodgson Russ have contributed to a named Honors Scholarship Fund, the Burchfield Penney Art Center, the Golf and Tennis Scholarship Classic Fund, and the annual Scholarship Gala.

Kennedy is heavily involved in humanitarian and community work here and abroad. He is a founding member and co-chair of the board of directors of EduNations Inc., an organization providing free education to rural communities in Sierra Leone, West Africa. EduNations currently operates 15 schools serving nearly 3,000 students and employing approximately 130 faculty members. In partnership with other humanitarian organizations, EduNations also provides medical services, clean water, sanitary facilities, solar power, churches, sustainable agriculture, and sustainable economic and community development projects to the communities it serves in Sierra Leone. Kennedy is also a member of the board of directors for the Sierra Leone Cultural Alliance of Western New York and Invest Buffalo Niagara, and a member of the steering committee of the First Tee Foundation of Western New York. 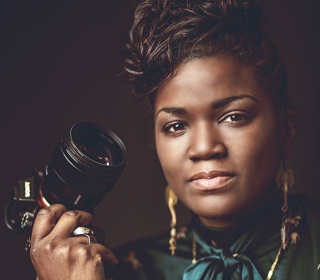 Aitina Fareed-Cooke was told at a young age that she would be a “failure to thrive” as a result of her biological mother’s addiction to drugs. At 14 months old, she was placed in foster care along with her siblings. She was just 3 years old when her mother died of a drug overdose. ​After this tragedy, her story could have led down a dark path, but a glimmer of hope came with a pen, paper, and a flash of the camera. It takes a village to raise a child, and it was through the support of her Buffalo community, including her adoptive mother, mentors, and youth programs, that Fareed-Cooke turned her pain into purpose.

At 6, she was introduced to writing as a way of releasing pain caused by trauma. She was told by a counselor to express herself through words. She embraced this art and began to create stories and poems that later developed into music.​ Through the local youth opportunity program YO! Buffalo, Fareed-Cooke was introduced to ​CEPA Gallery​, a full-service contemporary photography and visual arts center in Buffalo. At CEPA, she learned about the magic of photography to rewrite her story and give other young people from similar backgrounds the power to do the same.

Now, not only does Fareed-Cooke stand out as an entrepreneur and owner of the photography and film company Get Fokus’d Productions,​ but she is also a woman devoted to her faith and to giving back to her community. Fully invested in her efforts to reach the next generation of young artists in Buffalo, she uses proceeds from her music and company to provide tools and resources for young artists and entrepreneurs.

Fareed-Cooke is an award-winning photographer and an accomplished Christian hip-hop artist who performs under the name A.I. The Anomaly. She is the first female to be signed to the noted Christian hip-hop label God Over Money. She has been recognized by 43North’s Ignite Buffalo contest, winning the People’s Choice Award $100,000 small business grant in 2018. She has also earned the CEPA Gallery Exhibition Award, the National Society of Leadership and Success Excellence in Teaching Award, and the Kingdom Choice Award.

She earned her bachelor of arts in English in 2012 and her master of science in educational technology in 2016, both from Buffalo State College. 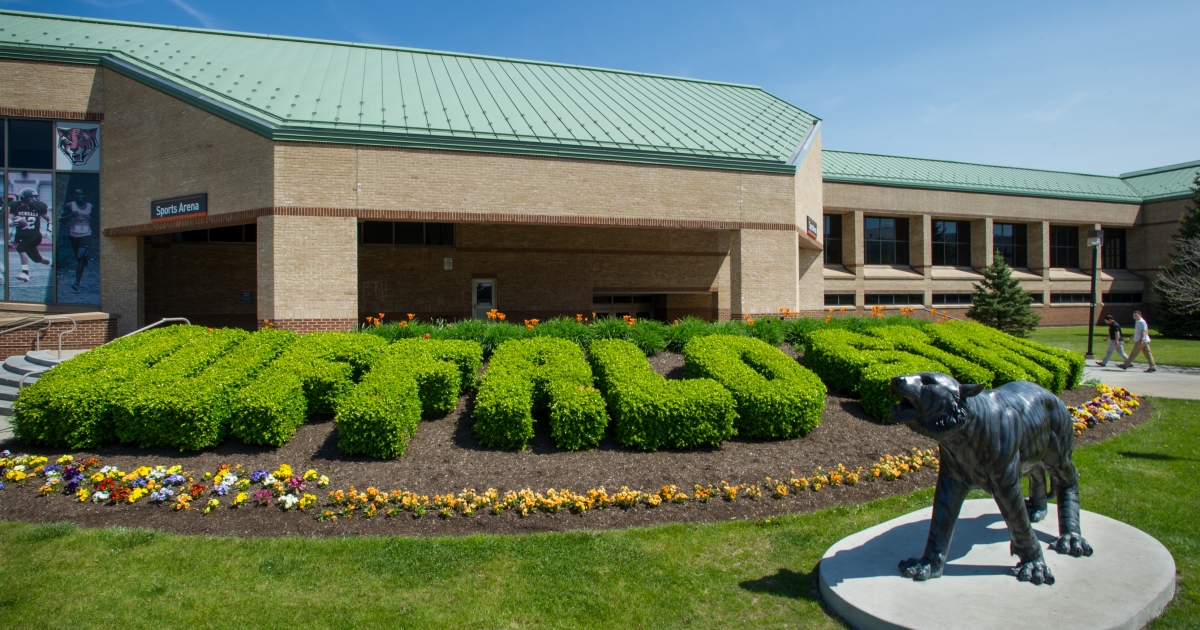 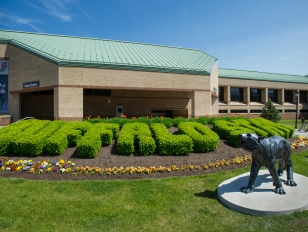