Track and field national champion Jazmin Dunham, ’16, will headline a class of eight inductees to the Buffalo State Athletics Hall of Fame Class of 2022 on September 23.

Dunham earned selection into this elite company as the most decorated All-American in Buffalo State history. She had 11 individual and relay All-America honors bestowed upon her during her four-year career as a Bengal, including a victory in the 200-meter dash at the 2013 NCAA outdoor national championship. She also finished as runner-up in the 2015 indoor 60-meter hurdles, and third in the 2015 indoor 60-meter dash and 2013 indoor 60-meter hurdles. A 12-time SUNYAC champion, Dunham was selected as the SUNYAC Track Athlete of the Year three times and as the SUNYAC Track Co-Athlete of the Decade of the 2010s, and she still holds parts of nine school records.

Porter is the second-most decorated All-American in school history, earning the honor seven times. She twice earned All-America honors in the 400-meter dash, including finishing runner-up at the 2015 indoor meet, and is a two-time All-American each in the long jump and with the 4 x 400-meter relay. Porter is also a five-time SUNYAC champion and helped the Bengals to a conference team championship in 2015. She was the 2016 Outdoor SUNYAC Runner of the Year. Her name is still on six school records, including the indoor and outdoor 400-meter dashes.

Pete played in all 41 games for the Buffalo State football team from 2011–2014, accumulating 3,284 rushing yards while also catching 41 passes for 759 yards. He holds the school records for most total touchdowns (42) and rushing yards per attempt (5.9) in a career. In addition to his three all-conference selections on the gridiron, Pete was also a four-time SUNYAC champion as a member of the track and field team, winning three titles in the triple jump and another in the long jump. He also earned All-America status three times, placing fifth in the triple jump at the 2013–2014 indoor national championship, and a pair of eighth-place finishes in the same event in the 2013 and 2014 outdoor national championships.

Clarkson is Buffalo State’s all-time leader in assists in women’s lacrosse, and ranks second in school history with 385 career points, including 145 goals. Her 88 assists in 2012 matched a Division III record, and her 240 assists in a career still rank second in NCAA Division III history. A four-time All-SUNYAC honoree, Clarkson was also recognized as an IWLCA second team All-American and a third team Synapse Sports All-American in 2011.

Lekki was one of the most prominent power hitters in Buffalo State softball program history. She holds the school record for doubles in a season (21), is second in slugging percentage (.631) and home runs in a career (31) and has the third-most RBI (117) and doubles in a career (39). A four-time All-SUNYAC and two-time NFCA All-Northeast Region selection, Lekki was also a key piece in winning the 2009 SUNYAC championship, hitting the walk-off home run to lift the Bengals to victory in the championship game.

Bashore transferred to Buffalo State from Division I Louisiana-Lafayette and earned All-SUNYAC honors in all three years as a Bengal, including SUNYAC West Player of the Year recognition in 2012 and two All-New York Region honorable mentions. During her time at Buffalo State, Bashore helped the Bengals record 66 victories while qualifying for the playoffs in each season. She led the team to the school’s only SUNYAC championship and NCAA tournament appearance as a senior in 2013. Bashore ranks among the program’s career leaders in assists with 3,101.

Kiliszek was a vital member of the soccer and basketball teams at Buffalo State from 2007 to 2012. On the field, she ranks second in school history with 89 career points on 33 goals and 23 assists. Kiliszek was selected to the All-SUNYAC team in four straight seasons, culminating in a SUNYAC Player of the Year honor in 2010. On the hardwood, Kiliszek also earned a pair of All-SUNYAC honors and ranks 11th in program history with 1,095 career points, and she holds the school’s career record with 420 steals. 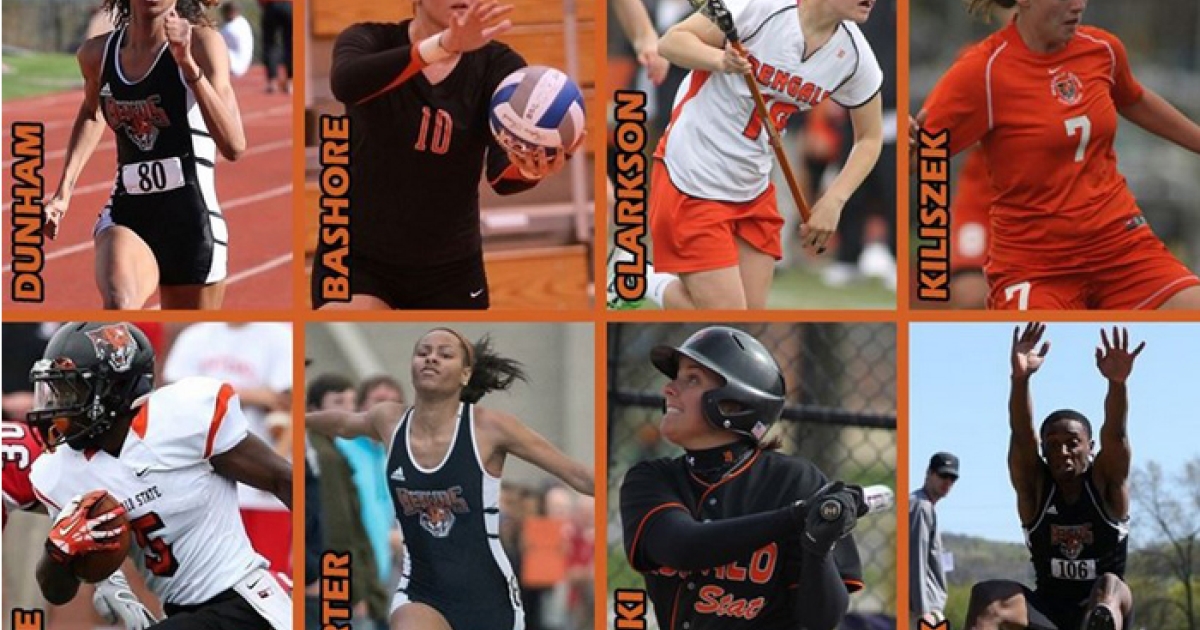 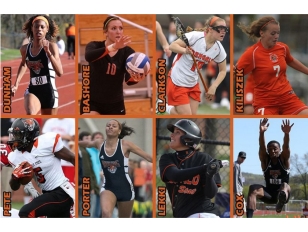