Growing up in Dansville, New York, a small town south of Rochester, Christopher Shively, ’93, ’99, knew the last thing he wanted to do was get into teaching.

His father was a school principal, after all, and Shively, an associate professor in the Elementary Education, Literacy, and Educational Leadership Department, wanted to be involved with sports.

“I wasn’t one of those kids who grew up saying, ‘I want to be a teacher,’” he said, noting that he was a three-sport athlete in high school and played college football at the University at Albany. “All I wanted in my life was to be a sports guy.”

Despite his intentions to stay away from teaching, however, Shively has spent the last 30-plus years in education and has been an instructor at Buffalo State College since the early 2000s. It all started with a conversation with his father, when he was trying to figure out his next steps in life after his eligibility for college football ended. Shively’s father asked him to substitute teach at the school he oversaw, just to see how it went.

“The weirdest thing happened to me,” he said. “I got along great with the students. It was so easy to work with kids. I don’t mean to teach kids. I mean to connect with them, talk to them.”

“I really love working in the education field,” he said. “I feel that it’s the field that spawns all other fields.”

Along with teaching math and science methods to undergraduate students at Buffalo State, Shively teaches research methods classes for educators and volunteers with the Community Academic Center, teaching science and math to refugee children.

“I love the innocence and the joy of working with kids, especially kids that are super confused with math and they don’t understand science. I feel good that I can still connect with those kids.”

For instance, last winter, Shively and some of his students began working with middle school refugee students from around the Buffalo area over Zoom. Shively then volunteered to work with the students in person through the CAC’s Global Youth Leaders Program, spending several weeks over the summer helping his college students come up with lesson plans and teach them. The middle schoolers worked with Shively on a temperature-gauging activity, a coding activity, and an astrology program.

“I still get to sit down with a bunch of kids that don't even know my name, and they can be my best friends in 30 seconds,” he said. “I love the innocence and the joy of working with kids, especially kids that are super confused with math and they don’t understand science. I feel good that I can still connect with those kids.”

Shively is also involved with an effort to bring the science, technology, engineering, and math (STEM) disciplines to students through rural libraries in Chautauqua County. The program may end up reaching as far as Missouri, Mississippi, and Utah.

“We’ll be bringing Buffalo State students, via Zoom, to teach rural kids in all those states and doing STEM stuff,” he said. “I have a big passion for bringing science to kids. Science is vital to everything in our economy and our society.”

Over the years, Shively has seen the education world change in a number of ways. One of the biggest issues he’s noticed is the amount of standardized testing students are undergoing, and the impact it has on the students—and on teacher morale.

“It’s almost like we’re creating these little robots,” he said.

Shively tries to combat complacency in his students by making them feel empowered, and letting them be creative in the lesson plans and activities they design.

Despite the challenges, Shively said, he couldn’t imagine doing anything else. And he credits Wendy Paterson, dean of the School of Education, with making sure Buffalo State is on the cutting edge of teaching methods.

“She has been so vital to my ability to teach,” he said.

While he didn’t have the career in sports he may have wanted when he was younger, Shively has been able to stay connected to the sports world, first as a varsity football coach, and now as an usher at Buffalo Bisons games. It’s all part of “doing what makes you happy,” he said.

“I wouldn’t want it any other way.” 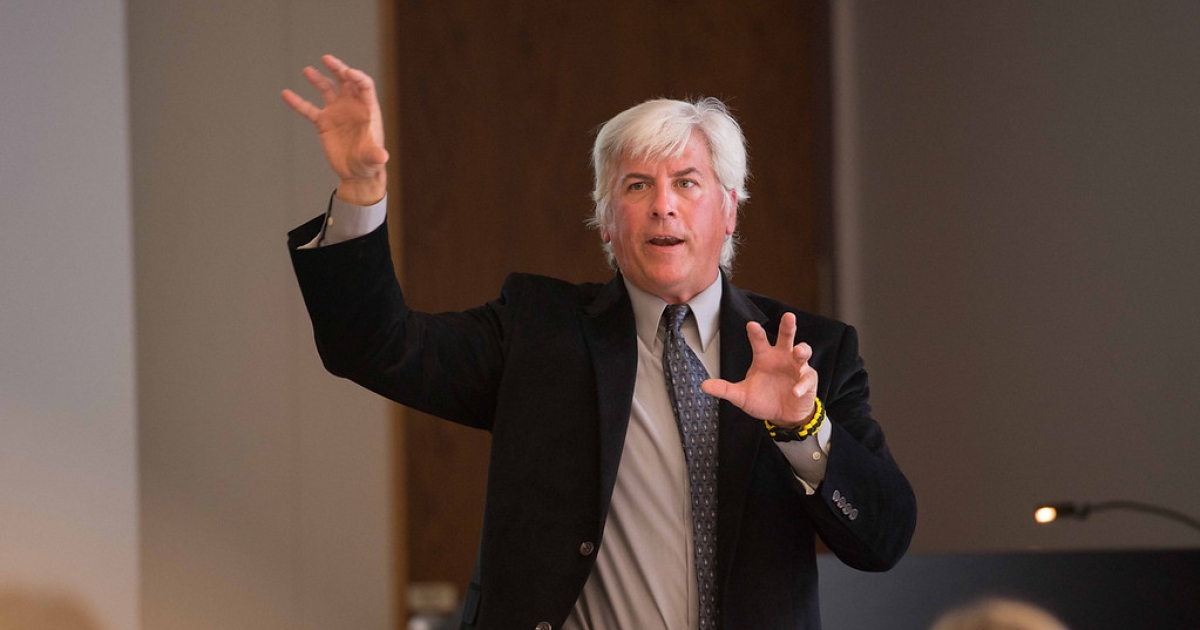 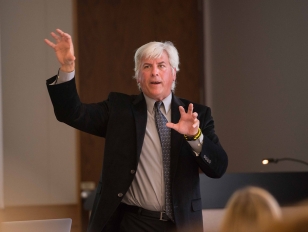