Buffalo State was one of the first institutions to respond to a national challenge for all colleges and universities to establish a George Floyd Memorial Scholarship Fund, dedicated to social justice in honor of its eponym, George Perry Floyd Jr. Floyd was killed in an act of police brutality in Minneapolis, Minnesota, on May 25, 2020, that sparked global outrage and widespread demand for social change.

Jones was notified on September 29 during what he thought would be a friendly Zoom call to catch up with three of his faculty mentors from high school. Little did he know that Buffalo State President Katherine Conway-Turner would also join the meeting to notify him that he had been chosen as the first recipient of the college’s prestigious new scholarship.

“I was in a moment of disbelief; I was speechless, tearing up,” Jones said, when reflecting on the occasion. “It was a complete surprise.”

The endowed scholarship at Buffalo State provides one incoming freshman each year with a $10,000 scholarship that is renewable over four years. Applicants must demonstrate, through their application essay and letters of recommendation, their commitment to racial and social justice, as well as how the scholarship will help them bring about change and continue to combat systemic racism by promoting the inclusion of all individuals.

Jones is a New York City resident and first-generation college student who, along with his eight siblings, was raised by a single mother. Helping care for his younger siblings while he was still in middle school nurtured an affection for early childhood development. That, coupled with his lifelong interest in biology, influenced his decision to someday become an obstetrician-gynecologist (OB-GYN).

Jones explained how seeing his mother's struggles with the American health-care system as a Black woman, along with the outpouring of knowledge fueled by the fight for racial equity over the past few years, opened his eyes to disparities within the medical field.

“Ever since the George Floyd protests started and the Black Lives Matter movement picked up momentum, there has been an education initiative going on in social media, and everyone has been learning,” Jones said. “I learned how Black women are disenfranchised in the health-care system, and that fueled my passion.”

Jones wrote about this in his scholarship application essay, which made him a standout among other applicants for the award. Buffalo State Chief Diversity Officer Crystal Rodriguez spoke about how Jones’s vision for equality and representation influenced the college’s decision-making process.

“Sencere Jones’s dedication to social justice in general and to fighting racial inequities in health care specifically was very impressive,” Rodriguez said. “In his scholarship application essay, he demonstrated maturity and compassion. He is concerned that the lack of representation in the health-care system is posing a real danger to patients of color.”

Colleen Long, Buffalo State scholarship coordinator, noted that Jones spoke eloquently about how the death of George Floyd affected him.

“I found that he is clearly a highly motivated student,” Long said, “and the way he is taking the frustration he feels and using it to motivate his career and education is admirable.”

Although Jones has seen similar narratives play out before in America, he said, Floyd’s death was especially powerful for him. The incidents of racial injustice this year alone have shifted Jones’s motivation toward changing the perception of what it means to be Black in America.

“I realize now that just because this is a norm in America, that doesn’t mean it’s right or that it has to be this way,” Jones said. “I can’t have my little brothers or, in the future, my kids, growing up with the same things going on that are happening today. Something has to change.”

As the first recipient of the George Floyd Memorial Scholarship, Jones hopes to continue Floyd’s legacy of influencing the changes he wants to see in his community and throughout the nation.

“I want to be a positive influence on my fellow students and a good example that they can follow by trying to bring everybody together,” Jones said. “I just hope that I can do it in a way that would make George Floyd proud and to show everyone that we are working toward a better future.” 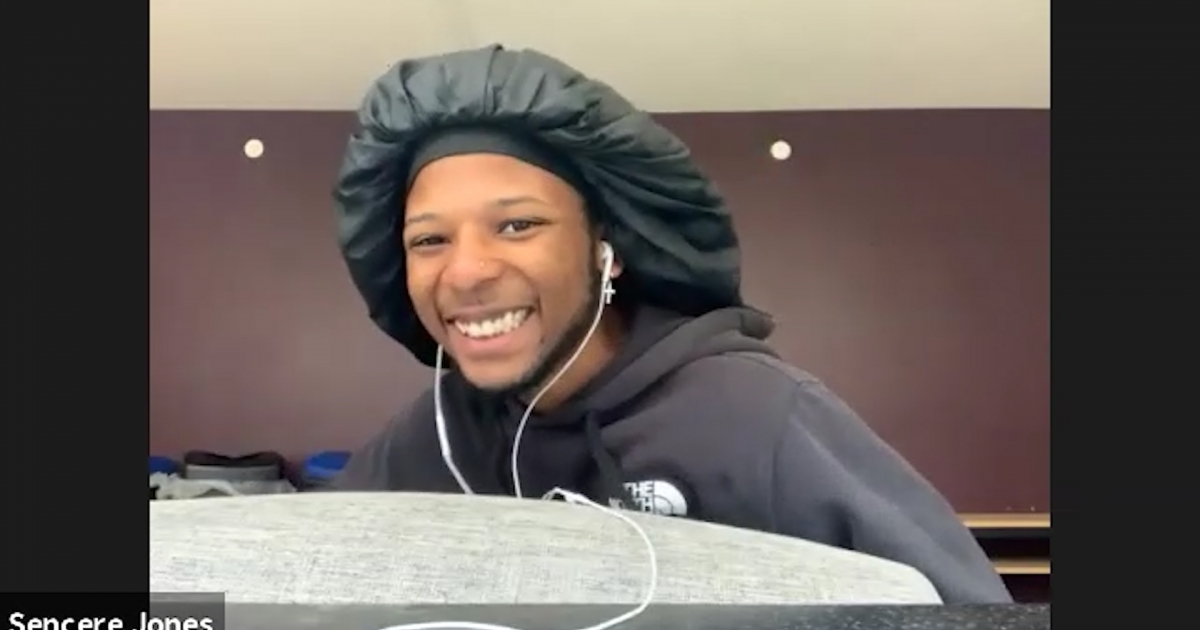 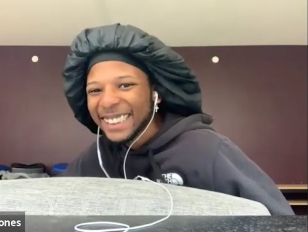