The coronavirus pandemic isn’t the first time Americans have been asked to sacrifice for the greater good over the last 100 years or so. But for the population born right before or after September 11, 2001, this might be the first event they recall of such prominence, said Andrew D. Nicholls, professor and chair of the History and Social Studies Education Department.

“We’ve got this cohort of students that are going to be coming in that have no memory of 9/11,” he said. “They have no memory of what life was like before that. For them, it’s always been metal detectors and strict security. There’s been a significant change that’s taken place just in the last 20 years in terms of how we move around and how we interact with one another. This may have that same kind of impact.”

As a historian, Nicholls is able to look at the current pandemic through the lens of history and see the similarities, as well as the differences, to past events.

There are some significant differences between what’s happening across the country now in terms of the coronavirus and other life-altering events, like the world wars, the Great Depression, or 9/11, Nicholls said. During those events, Americans were still able to come together in person. That, of course, has been largely discouraged with COVID-19.

“The biggest difference between what we’re going through now and fighting a war or even fighting a cold war or being in a depression is that at least people had the opportunity to be together,” Nicholls said. “You weren’t isolated. You weren’t without the kind of group activities, social opportunities, and things that we don’t have right now.”

The psychological and social implications of being isolated during the current pandemic will probably be studied for years to come, he said.

“I’m lucky to be working. I’m lucky that my wife has a job,” Nicholls said. “We’re in comparatively comfortable circumstances. We’re just missing social interactions. That’s comparatively easy when you think about people who have lost jobs or are working in dangerous situations in the health-care field. They don’t have any way to let off steam or get support the way people in wartime or in the Depression did. That’s the big difference.”

Most Americans haven’t had to deal with food or medicine shortages, or missing items at the grocery store in modern times. These things are more common in other countries, Nicholls said. Now, there are meat shortages, medicine shortages, and shortages in supplies like disinfectants and cleaning products.

“This is a wake-up call to remind us how good we’ve had it,” he said.

The last viral public health crisis comparable to what’s happening now was the flu pandemic of 1918. Despite the large number of people who were sickened by the flu then, there was an effort to forget it, and move past it, Nicholls said.

“Until now, it was almost a forgotten event,” he said. “What we’re experiencing now is forcing people to go back to it and look at it again.”

When large-scale events happened in the past, the leader at the time usually had the ability to get their messages across. For instance, Franklin D. Roosevelt was able to update the American people during World War II, with his Fireside Chats, and be the only voice to do so. Now, it’s harder for one singular message to get out, because of the splintered nature of the Internet and social media, Nicholls said.

“It gives all sorts of people platforms that in other times they likely wouldn't have had at all or had to the degree that they do now,” he said.

That can lead to a feeling that the country isn’t coming together in the way it may have in past events, especially when there isn’t a set federal response to the pandemic.

“Individual states are almost being forced to develop their own approaches to how they want to deal with the pandemic and how to deal with everything,” Nicholls said. “There are 50 different agendas that are playing out. That kind of runs counter to creating a sense of shared national experience and similar kinds of national sacrifice.”

Looking back at similar pandemics or plagues throughout history can guide us in how we act now, Nicholls said. For instance, during the bubonic plague in the mid-1300s, victims would sometimes be locked away and ignored. There were also racial and religious conflicts surrounding the plague, as some thought the plague came out of European Jewish communities.

“When people are suffering, it's very easy to find scapegoats and look for places, or cohorts, on which to place blame for what’s happening,” he said. “We have to be very careful and try to find ways to see that we are all in this together. It’s not a time for finger-pointing or assigning blame. It’s a time to look for the best ways to get through this together.”

Humanity can have an ugly side, Nicholls said, and that has shown itself throughout history.

“We have to be on guard for that, always” he said. 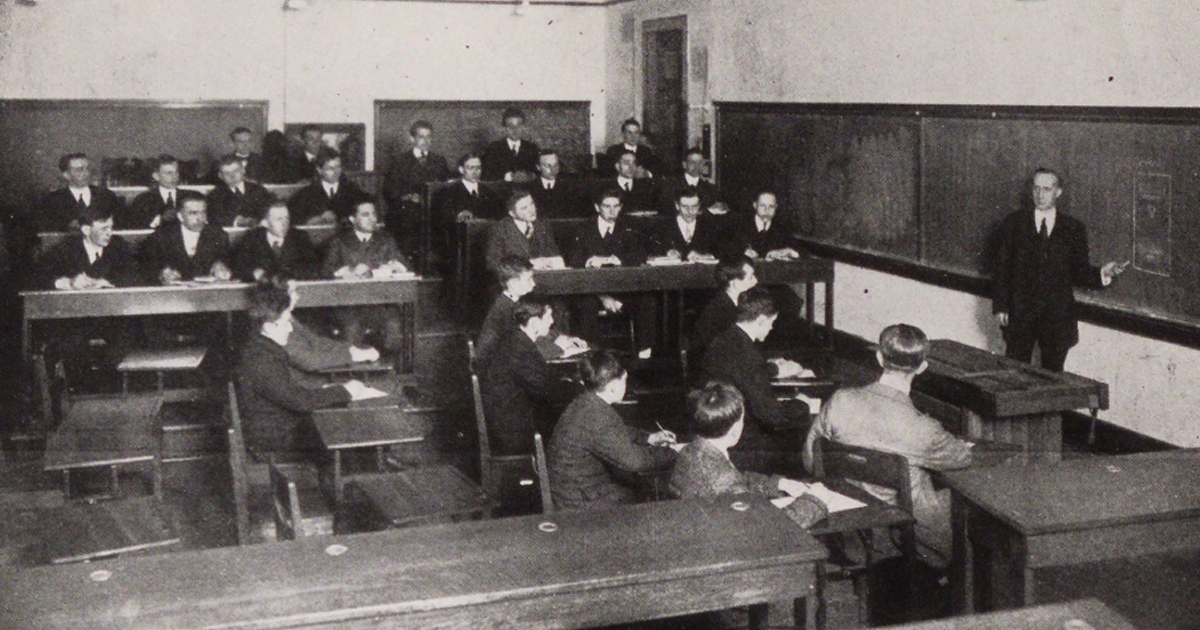 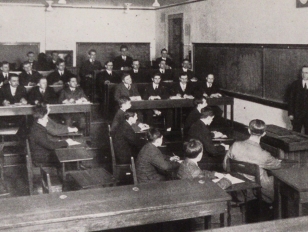