Buffalo State College, which today proudly heralds its many facets of diversity, also reflected inclusion early in its 150-year history.

In 1880, what was then the Buffalo Normal School graduated its first African American student, Charles Augustus Thompson, who was born in 1858 in Buffalo.

Although the Normal School did not document the race of admitted students, researchers have pegged Thompson as its first Black graduate, said Hope Dunbar, special collections archivist with E. H. Butler Library. Soon after the Normal School opened in 1871, Thompson enrolled in the classical curriculum in 1875 and graduated in June 1880.

Another Black student, Thomas E. Greene, enrolled in the Normal School in 1875 but dropped out because of illness, Dunbar said.

Thompson used his education to pursue a range of careers, including positions as a teacher, principal, chiropractic practitioner, and preacher.

“During a year in which Buffalo State is celebrating its landmark 150th anniversary while simultaneously forging new social justice efforts, it’s exciting that we can recognize the first African American graduate,” said Buffalo State President Katherine Conway-Turner. “Like many of our students of color today, Charles Thompson found success at Buffalo State and went on to enjoy not one but several illustrious careers. We are proud to include Charles Thompson among our first graduates as we reflect on our college’s rich history.”

An article that appeared in the Buffalo Morning Express on June 23, 1880, reported on the Normal School’s commencement exercises that took place at the Delaware Avenue Methodist Church (now the site of Babeville Buffalo) and featured 17 graduates. Thompson presented an oration at commencement, “The Southern Exodus.” The Express article stated: “A bright and well-appearing young colored gentleman mounted the platform and delivered an earnest speech on the subject of the condition of the unfortunate Black people of the South. He complimented General T. W. Conway, formerly of this city, for his efforts on behalf of those ex-slaves who were seeking to come North and closed his address with an eloquent appeal for the recognition of the people of his race, as free and respectable American citizens.”

The article also included parts of the address given by Normal School Principal Henry Buckham in which he lauded Thompson’s achievements: “All his teachers bear cheerful testimony to Mr. Thompson’s fidelity and worthiness as a student…. He has been in no sense a pet of the school; in all respects the same has been required of him as of others, and he has, as a matter of course, been treated by his school-mates and teachers according to his deserts. But it is something for one of his race to have earned such a diploma as he now receives, and I commend him to the favorable regard of this community as one by whom much good may be done among his own people, or wherever the Providence of God may open the way for him.”

William Greco, a local historical researcher and retired scientist, began delving into Thompson’s life 15 years ago. He discovered Thompson while collecting the names of winners of the Jesse Ketchum medal—which he said has been awarded for academic excellence to scholars in the Buffalo Public schools since 1873.

“I wondered if any persons of color received the Jesse Ketchum medal in the 1800s,” Greco said. “I discovered that Buffalo Public School No. 9, which had been segregated until 1872, had four who did. Charles was the first in 1873.”

Education came full circle for Thompson, who petitioned the School Committee of the Buffalo Common Council in October 1881 to use the building of his former School 9, then vacant, to start a private school at his own expense. His petition was approved, and Thompson opened the school the following month, according to the Buffalo Evening News.

In 1884, he moved to Memphis, Tennessee, and served as a teacher and principal in African American segregated schools for several years.

“It can be inferred that he moved to Memphis because the Southern city required Black teachers and principals to teach Black students in the strictly segregated public schools,” Greco said, “whereas it was likely that an African American could not have become a teacher in the nonsegregated, predominantly White Buffalo public schools in the 1880s.”

In 1887, Thompson enrolled at the University at Rochester in the classical curriculum, which is what he also studied at Buffalo State. In his junior year he transferred to the “eclectic” track—studying a mix of classical and scientific coursework over three terms: logic, mechanics, Greek, rhetoric, physics, chemistry, astronomy, psychology, Roman law, geology, ethics, philosophy, political economy, analytical chemistry, and physiology—and graduated in 1891 with an A.B.

“Thompson returned to Memphis and was a principal at the segregated Porter School from 1892 to 1907. He then moved to Washington, D.C., and had careers as a clerk at the U.S. Treasury Department, an ordained minister of the Presbytery, and a chiropractor,” Greco said. “He truly was a Renaissance man.”

October 1881 - Successfully Petitions the Buffalo Common Council School Committee for Permission to Use the Vacant School No. 9 on Vine Street to Start a Private School at His Own Expense

1881–1882 - Studies Greek and Latin at Buffalo Central High School under the Tutelage of Henry P. Emerson

1887 - Enters the University of Rochester as a Freshman

1913 - Ordained as a Minister of the Presbytery of Washington, DC 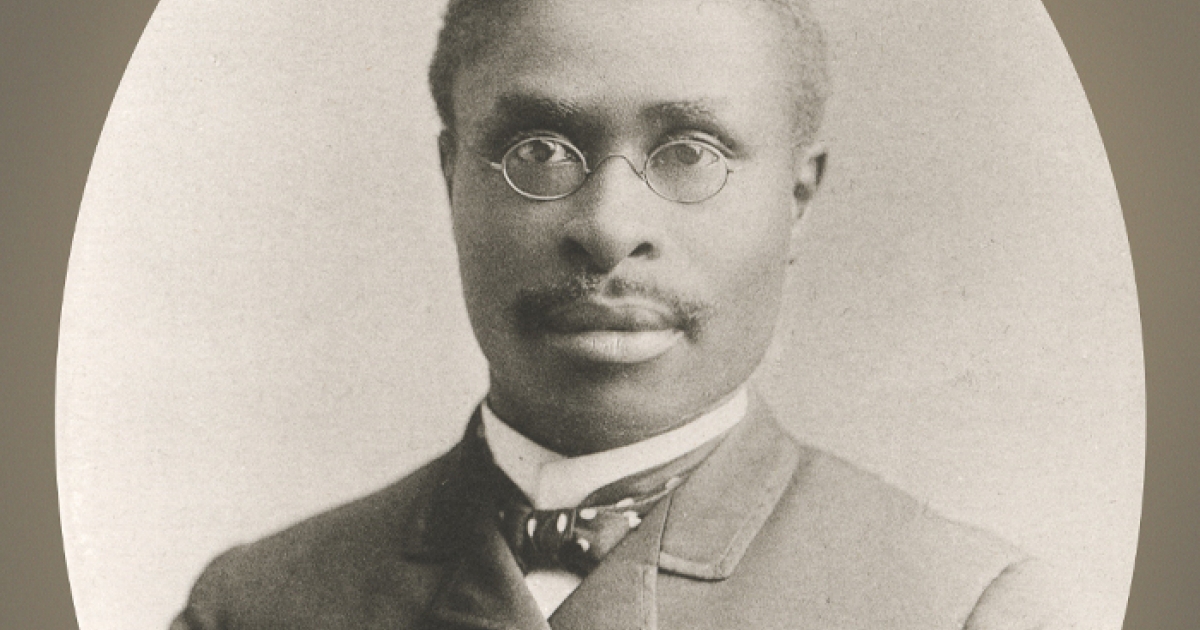 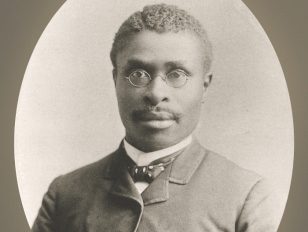