Buffalo State will recognize members of the college community who have served in any branch of the military or allied forces during its 14th annual Silent March on Thursday, November 10.

Marchers—present or past members of the U.S. military or allied forces, their spouses and dependents, and first responders—will gather at the veterans memorial, located in front of Rockwell Hall, at noon. They will then march toward the Campbell Student Union Plaza, where the ceremony, which is open to the campus, will take place.

Following the national anthem, performed by Buffalo State music major Sebastiano Lombardo, and the Pledge of Allegiance, Brad Baumgardner, coordinator of veteran and military services, will welcome marchers and guests. Michael Heflin, assistant dean of inclusion and equity, will present welcoming remarks, and Austin Reinhart, campus minister at the Newman Center, will provide the opening invocation.

Kevin Reynolds, a disabled veteran and owner of RBR Technologies, an IT engineering company with more than 120 employees, will deliver a short speech, followed by remarks from Daniel Flick, a patriot guard from Buffalo Legacy Vets, and Tim Carver, president of the Buffalo State chapter of Student Veterans of America.

Reynolds, ’04, said speaking at the ceremony holds personal significance for him.

“When I attended Buffalo State, I was a first lieutenant in the Air Force,” he said. “When I gave the Commencement speech at the 2004 graduation ceremony, then-President Muriel Howard asked me to do it in dress blues instead of the traditional cap and gown. It was one of my favorite moments in college and in the military.”

The United States Air Force Honor Guard of the 914th Air Refueling Wing from the Niagara Falls Air Reserve Station will conduct a flag-folding ceremony, Buffalo State music major Jenna Agro will perform a rendition of “God Bless America,” and students from the Music Department will perform taps. A reception will follow in Campbell Student Union 419.

“The Silent March is a humbling event that recognizes the many students and alumni who have served our country, as well as the sacrifices of their spouses and children,” Baumgardner said. “It’s one of many ways that Buffalo State makes our military-connected students feel welcomed and valued.”

Buffalo State has been consecutively ranked among the top military friendly schools in the country, placing No. 2 among public universities in 2018.

The Silent March is presented by the Veteran and Military Services Office, the Alumni Association, and the Buffalo State chapter of the Student Veterans of America. 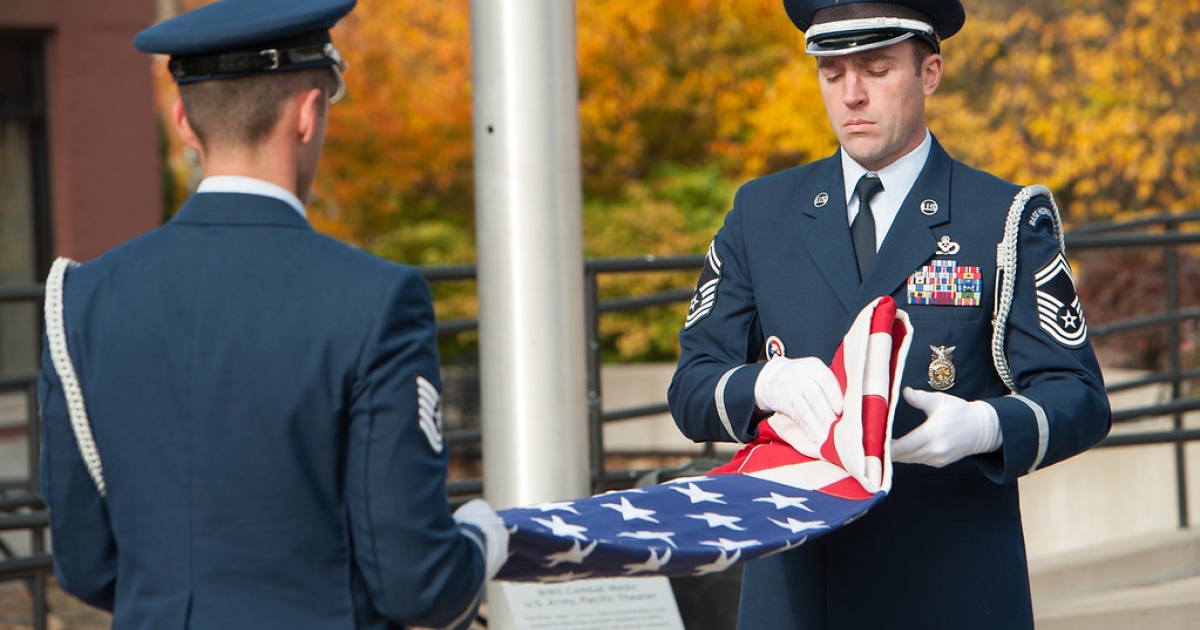 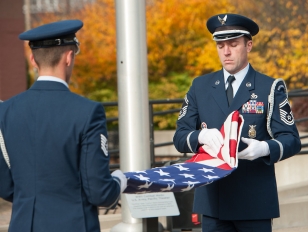