While he doesn’t have expertise in any of those disciplines, he does possess a valuable skill that scientists and other professionals seek—the ability to creatively solve problems, facilitate meaningful dialogue, and find ways for disparate voices to work together.

“My job is to make sure that these folks are engaged in a creative process that will lead to cutting-edge ideas that have wide-ranging impact,” said Cabra, who has taught creativity at Buffalo State since 2006.

Last August, the National Science Foundation (NSF) invited Cabra to return as a team science faculty member to support the second phase of its NSF Convergence Accelerator Program, which uses a multidisciplinary approach to find solutions to societal challenges, such as harnessing big data and using AI to connect workers with the jobs of the future. The project wrapped up in January, and Cabra anticipates returning for the third cohort later this year.

“Understanding the science behind creativity gives you the confidence to face volatile, ambiguous, and complex situations without becoming daunted.”

He’s also worked in recent years with NASA and the University-National Oceanographic Laboratory System, among others. Cabra became involved with the scientific organizations through the international consulting firm Knowinnovation (KI), founded by creativity alumnus Andy Burnett, ’05. Burnett asked Cabra to join the organization as a trainer and facilitator in 2010, and since then, Cabra has contributed to more than 30 projects.

For the NASA assignment, they facilitated a three-day “ideas lab” for the scientists.

“We took them through all the stages of the creative process, encouraged them to defer judgment, and brought in provocateurs who would help people to disconfirm their thinking in some way,” he said. “The goal was for them to think outside their training and previous paradigm, and to ultimately create research proposals that get funded.”

Along with receiving more research grants, the scientists have reported another tangible benefit of the consultants’ work—better communication with one another.

“They compare our workshops with their typical meetings, filled with lots of arguments among dominant people with loud voices,” Cabra said. “We level the playing field with a democratic process.”

They also used many of the exercises used in Buffalo State’s International Center for Studies in Creativity, such as reframing problems by using open-ended questions.

Born in Queens, New York, to immigrants from Colombia, Cabra discovered the power of creativity decades ago. He entered Buffalo State as an undergraduate in the 1980s, majoring in business administration. At the advice of Roger Firestien, lecturer and former associate professor of creative studies, Cabra decided to add a minor in creativity, which he said was life changing.

“I would not have had the kind of career success I’ve enjoyed without that minor,” he said. “Understanding the science behind creativity gives you the confidence to face volatile, ambiguous, and complex situations without becoming daunted.”

He had the opportunity to put that idea into practice early on as a training and organizational development manager at American Airlines in Miami. It was peak travel season when the vice president for his division called Cabra with a thorny problem.

“Floor agents were not treating customers the way he wanted,” Cabra said. “I told him I’d find a solution, although I’d never done anything like that before. I knew we needed a process that was more ethereal, more aspirational.”

He ran a series of workshops where he asked employees to share stories of success in their jobs and imagine ways to find more of it.

“People left the meetings on such a natural high,” Cabra said. “The VP called me a couple of weeks later and said people were on fire, excited about their jobs.”

Cabra knew he wanted to delve deeper into the creativity discipline, so he returned to Buffalo State in the mid-’90s to pursue a master’s in creative studies (now creativity and change leadership). After earning a doctorate in organizational psychology in 2006 from the University of Manchester in Manchester, England, he began sharing his passion for creativity in the classroom.

He’s also shared his expertise with companies such as IBM, Pfizer, and Coca-Cola; universities such as Drexel, Penn State, and Harvard; and government entities such as the U.S. Embassy in Myanmar and the U.S. Department of Agriculture.

One of his favorite consultant assignments was with the Pew Charitable Trusts in October 2019. Scientists from different disciplines were discussing a climate change challenge—marine species were migrating to waters they hadn’t in the past.

“Through our ideas lab, the participants came up with great proposals,” he said. “And stakeholders with deep pockets were on hand, ready to invest. A good number of the proposals got funded because they were pleased with the presentations they saw.”

Despite the whirlwind of work in recent months, Cabra isn’t taking a breather. He just submitted a proposal to the NSF on behalf of Buffalo State, in partnership with California State University, Fresno, to study the use of emerging technologies, such as AI and robotics, in teaching and learning.

If it’s approved, which Cabra said he should learn by June, he would support research to improve remote STEM classes that serve many minority students, as well as deliver creative problem-solving training for students and weave creativity skills into the curriculum for faculty.

“Working with these organizations continues to motivate me because we’re helping scientists to have the kind of engaging conversations that result in interdisciplinary breakthroughs,” he said. “These lead to the formation of innovative research that helps address wicked problems that can make an impact on millions of lives.”

Since joining Buffalo State’s Creativity and Change Leadership Department in 2006, Cabra has received the President’s Award for Excellence in Teaching in 2014 and the SUNY Chancellor’s Award for Excellence in Teaching in 2016, among other awards. A Fulbright scholar who served at the Universidad Autónoma de Bucaramanga, Colombia, Cabra has also held visiting professorships at the Universidad de La Sabana and the Pontificia Universidad Javeriana, both in Colombia. In 2019, he cofounded the Institute for Myanmar United, a Buffalo-based nonprofit organization that promotes social justice. 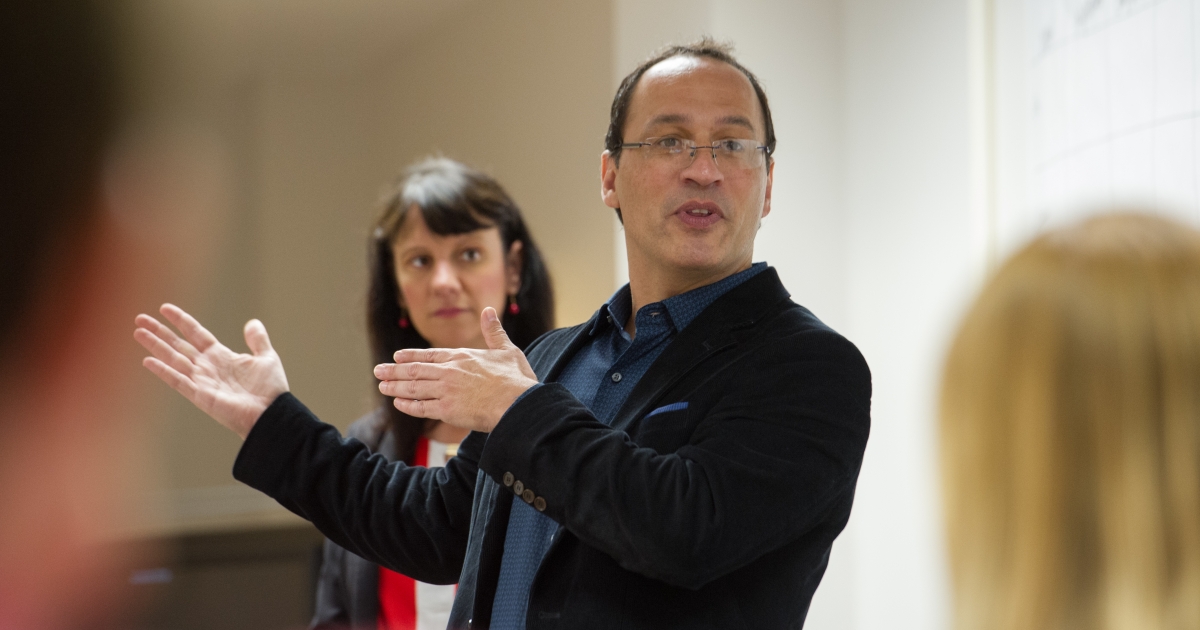 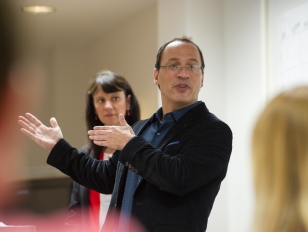