Michael I. Niman, professor of journalism and media studies in the Communication Department at Buffalo State College, has a fairly simple theory when it comes to engaging with students: tell the truth, even when it’s hard.

Niman, who’s been teaching at Buffalo State since 2002 and was awarded the Chancellor’s Award for Excellence in Teaching in 2012, routinely tackles tough subjects in his classes and forms strong bonds with his students. He runs his classes more like a community forum as opposed to the traditional teacher-student dynamic. Niman’s intent is to have his classes be transformative in some way, for both his students and himself alike.

“I want to keep learning as I teach,” he said. “It comes down to this: Remember why you’re teaching. Why is this material important? Why are we doing this job? Why do we go through all this stuff to get these jobs? Why do we keep coming back? What's the idea here?”

“It's important to figure out a way to take these theories and teach them in the context of our world that we live in right now. You tie these theories into current events, and then into students’ lives.”

It’s about more than just preparing students to get a job when they graduate, Niman said. It’s important to empower students and hope they work to make their communities a better place.

Niman said he strives to make the material he’s teaching relevant to the lives of students and their lived experiences. The classic theories undergirding the material are important, but so is making them applicable to their everyday lives.

“It's important to figure out a way to take these theories and teach them in the context of our world that we live in right now,” he said, noting that he hasn’t found a textbook yet that is able to do that. “You tie these theories into current events, and then into students’ lives.”

All of his classes are Black Lives Matter–responsive courses, and Niman uses material from the movement to teach. It's a way to reach students with material relevant to this historic moment while also talking about the college's mission and the idea of a dynamic liberal arts education.

“That’s put right into the syllabus, because we have this fantastic and inspiring movement going on during what can otherwise be a somewhat dark and depressing time,” he said. “So, let’s focus on this triumphant, historical movement, and what this generation has accomplished with having the largest protest movement that we’ve seen in this country. Your course materials have to reflect the student body.”

Teachers should be mentors, not punishers, Niman said. The role involves teaching students and mentoring them, as opposed to locking in on what they’re doing wrong. A teacher isn’t there to teach right answers. They’re there to teach students how to question things, and come up with the right answers on their own.

“I think that’s something that everybody who is stuck with a task of having to grade and assess and work within these parameters has to always keep front and center,” he said. “But we’re also here primarily to mentor and teach people and to focus on what they know, so that we can expand that knowledge, as opposed to focusing on what they don’t know.”

In his Race, Class, and Gender in Media course, students are often tasked with coming to terms with uncomfortable truths. It can sometimes be a sloppy process, Niman said, and it’s important that those classes are held in person.

“You create a safe space where students feel comfortable talking,” he said.

If students want to discuss their own issues with racism, they need to feel comfortable in doing that, as opposed to holding it in and having it manifest in other ways, Niman said. It’s a delicate balance, because racism, hatred, and other forms of intolerance should never be permitted in the classroom.

“We need to create a safe space because they want to talk about it, as opposed to other students who are just scribbling it on a Facebook post,” he said. “And yet, while doing that, you have to also never tolerate racism or other forms of hatred, but create a space where it can be discussed and may be healed.”

Students want to talk about these tough topics, Niman said, and sometimes, it’s their first experience with deep, intellectual conversations.

“Students stay with it,” he said, “and they keep coming back. It normally would sound like it’s a difficult thing. We don't have time to show films, because we’re running right through the discussions.”

Niman said he hopes he can impart to students the importance of meeting their financial needs while doing something in life that lines up for them ethically. He doesn’t want students looking in the mirror in 20 years and not liking the person who’s looking back.

“We want to avoid that kind of problem,” he said. “So, you ground everything in ethics. You want to empower people so they can actually live an ethical life and be content with who they are.”

Michael Niman holds a Ph.D. in American studies and a B.A. in environmental design and planning, both from the University at Buffalo. He joined the Buffalo State College faculty as an assistant professor in 2002. He is a syndicated columnist whose work has earned two Project Censored awards and regularly appears in dozens of publications in the United States, Canada, Europe, and South Africa. A trained ethnographer, Niman is the author of People of the Rainbow: A Nomadic Utopia (2nd edition, 2011: University of Tennessee Press). 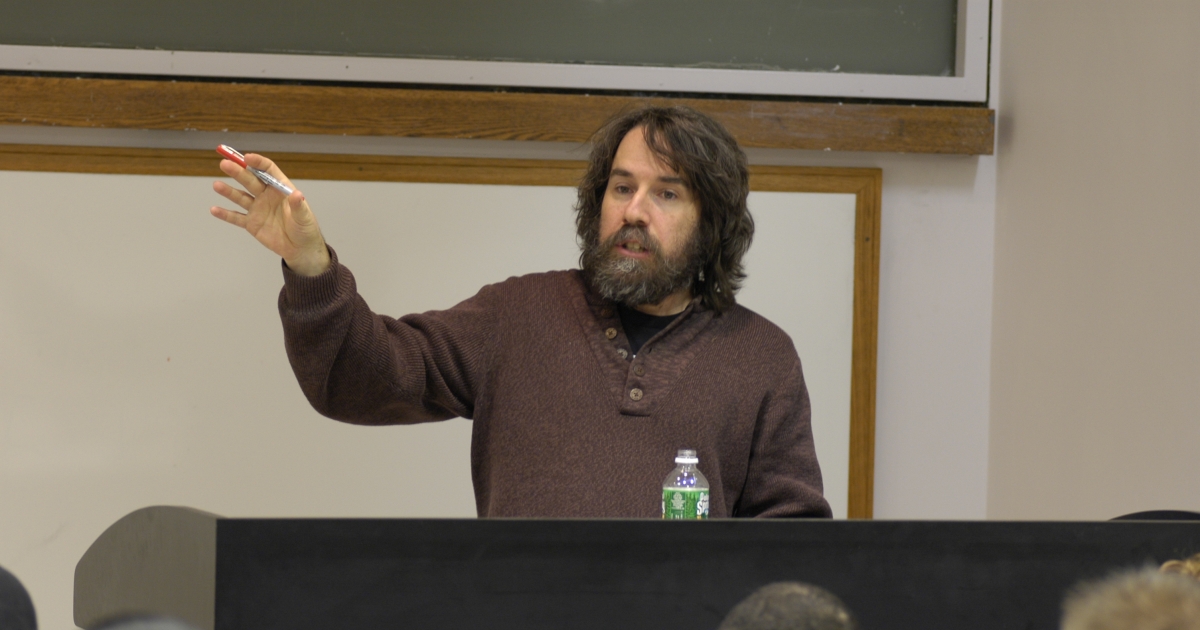 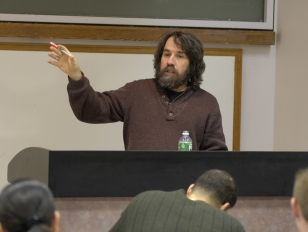