Two digital music pieces created by Tomás Henriques, Buffalo State College professor of music, and four of his students will make their debut in a performance by Ensemble Decipher, a modular experimental music group from Stony Brook University, during an hour-long concert on Monday, November 15, at 7:30 p.m. in Ciminelli Recital Hall.

Henriques, who oversees the digital music production minor, and his students created the pieces over the summer.

Ensemble Decipher, which features six accomplished musicians and composers who are also graduate students in Stony Brook’s Music Department, contacted Henriques, a longtime composer of acoustic and electronic music that has been performed throughout the United States and Europe, about the collaboration.

“I’m grateful for the opportunity both to highlight the creative work of my students and the one-of-a-kind surround sound system in Ciminelli Hall,” said Henriques, who teamed up with Yamaha engineers to augment the Yamaha Active Field Control system installed in the 194-seat recital hall in Rockwell Hall, which opened in fall 2012. The modification turned the hall into a highly flexible surround sound experience featuring 53 speakers. In addition, Henriques wrote an extensive software program to explore the hall’s sound diffusion capabilities.

“The 52.1 system is truly a technological rarity, and it will be featured for the first time with my composition The Scent of Elysium,” Henriques said. “It illustrates some of those creative strategies for moving sound among the speakers.”

“I’m excited to see my music being performed. Dr. Henriques is my composition mentor. He has inspired me with what I want to do with my life.”

Dave Rundell, a Buffalo State senior music education major with a minor in digital music, worked with three other students to create the piece Embrace the Chaos. He described it as an experimental work that combines a drum set, electric bass, synthesizer, and two female vocalists, including one who speaks in an “Alexa-style” at the beginning.

“It starts out dark and becomes more upbeat as it goes on,” Rundell explained.

The Buffalo State musicians worked over the summer, composing, editing, and sharing the piece over Facetime and Zoom with the Ensemble Decipher musicians. It marks the first digital composition for all.

“I’m excited to see my music being performed,” said Rundell, a percussionist who moved from Buffalo to Los Angeles, California, immediately after high school 10 years ago to pursue a music career.

He returned home to attend Buffalo State because he knew he could earn a bachelor’s degree in music education while also minoring in digital music production. The latter, he said, has had the most impact.

“If I’d had the knowledge of digital music at age 18 that I have now, it would have helped me greatly,” he said. “Dr. Henriques is my composition mentor. He has inspired me with what I want to do with my life. After graduation, I want to teach, and I also want to bring digital music production work into the mix.”

Tickets to the Ensemble Decipher performance may be purchased online, by phone at (716) 878-3005, or in person at the Rockwell Box Office. Admission is $10 for the general public and free for students from any school who present their student ID at the door.

About the Digital Music Production Program
The 21-credit-hour minor in digital music production is an interdisciplinary program that offers hands-on experience in the increasingly relevant field of music technology. It provides students with a comprehensive and up-to-date knowledge of hardware and software tools for electronic music composition, ensemble performance, sound recording, and music production. 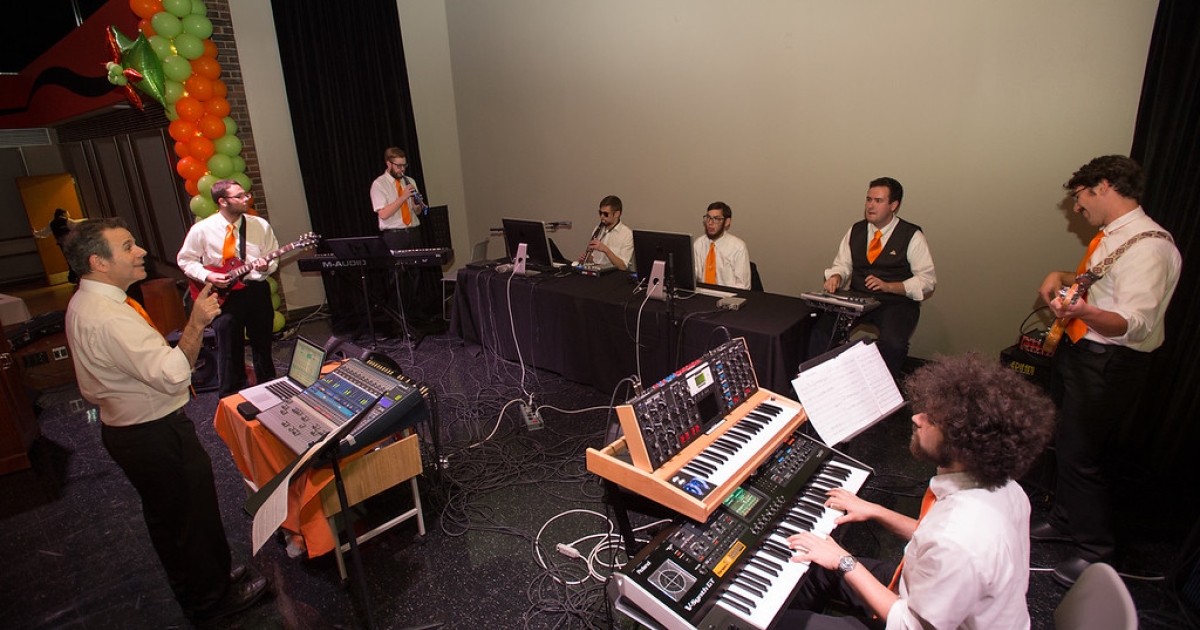 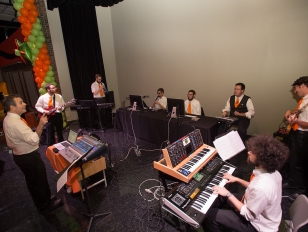