To say it’s worked out for the Lancaster native is an understatement. Wolinski, a captain on the softball team, is on track to earn a bachelor’s degree in health and wellness with a minor in coaching.

“It’s been amazing,” she said. “I wouldn’t have made any other decision than to come to Buff State.”

Wolinski is one of nearly 400 Division III student-athletes at Buffalo State who are being celebrated as part of the NCAA's DIII Week for their commitment to their studies, the Buffalo State community, and the sports they play. DIII Week is an initiative designed to increase awareness of NCAA Division III athletics through social media—and specifically at Buffalo State, an address and blog post from President Katherine Conway-Turner.

“In many ways, Buffalo State’s student-athletes have perfected the art of balance,” Conway-Turner wrote. “They are up early in the morning and frequently late at night to condition, practice, compete, and study. Our student-athletes not only have a passion for their games; they also understand that the lessons they learn on the courts and the fields contribute to their success now and in the future.”

“Our student-athletes are among the very best players on their high school teams and their club teams.”

“Our student-athletes are among the very best players on their high school teams and their club teams,” said Jeff Ventura, associate director of Intercollegiate Athletics.

The National Collegiate Athletic Association (NCAA), the governing body for intercollegiate athletics in the United States, categorizes college sports using a three-division system (I, II, and III). In general, larger schools compete in Division I and smaller schools in II and III. Division III schools are not permitted to offer athletic scholarships to their student-athletes, while DI and DII colleges and universities can. Division III is the NCAA’s largest division, with about 450 member institutions, comprising roughly 40 percent of all NCAA student-athletes.

This past year has been different for athletics at Buffalo State and elsewhere because of  COVID-19. Last March, when the virus first took hold in the Buffalo area, spring sports were canceled. Fall and winter sports followed, with this spring marking the first time teams at Buffalo State have played competitively in more than a year.

“It’s been a challenge,” said Jamie Brown, head coach of the softball team. “After the team’s season was canceled in March 2020, it took a month just to process what was happening.

“In the middle of September, we were allowed to start fall practice, and that just perked everybody up,” she said, adding that the team had been meeting by Zoom regularly over the summer. “I’ve been in constant conversation with the team just to make sure everyone is okay.”

“Ninety-eight percent of my players work,” she said. “I look at DIII as very blue collar. These are students who have to pay their way through school, pay for cars, pay for rent.”

“It really is about the student first. It’s about getting your degree in academics first, and the sports come second. They’re just doing it because they love it.”

The reduced pressure on DIII student-athletes compared with DI or DII players, Ventura said, allows them to experience more of what the college and the community have to offer.

“It’s high level, but it’s not winning at all costs,” he said, noting that the athletes on campus still have heavy sports-specific schedules. But “it’s not all-consuming.”

Wolinski said the extra time allows her to play volleyball as well as softball, something she wouldn’t be able to do in a higher-level program.

“Sports is a big stress reliever for me from academics,” she said. “So when I’m in practice, I’m not thinking about anything else. It just clears my mind. I’m just thinking about softball or volleyball or whatever I’m in. And I’m able to free my mind, and I am very happy during that time.”

Oriana Castello, a junior business major from Pearl River, New York (pictured top), chose Buffalo State for its DIII program and the ability to have time for more than just sports. She also wanted to play with teammates who were passionate about the sport, and not just playing because they received a scholarship.

“When you go to a DIII school, the players that are actually on a team and playing sports have a lot of heart,” she said, “and they do it for the passion rather than just for the money.”

The softball team is like a big family, Castello said, which is another reason she chose Buffalo State.

“I love it,” she said. “I don’t know what I would do without playing.” 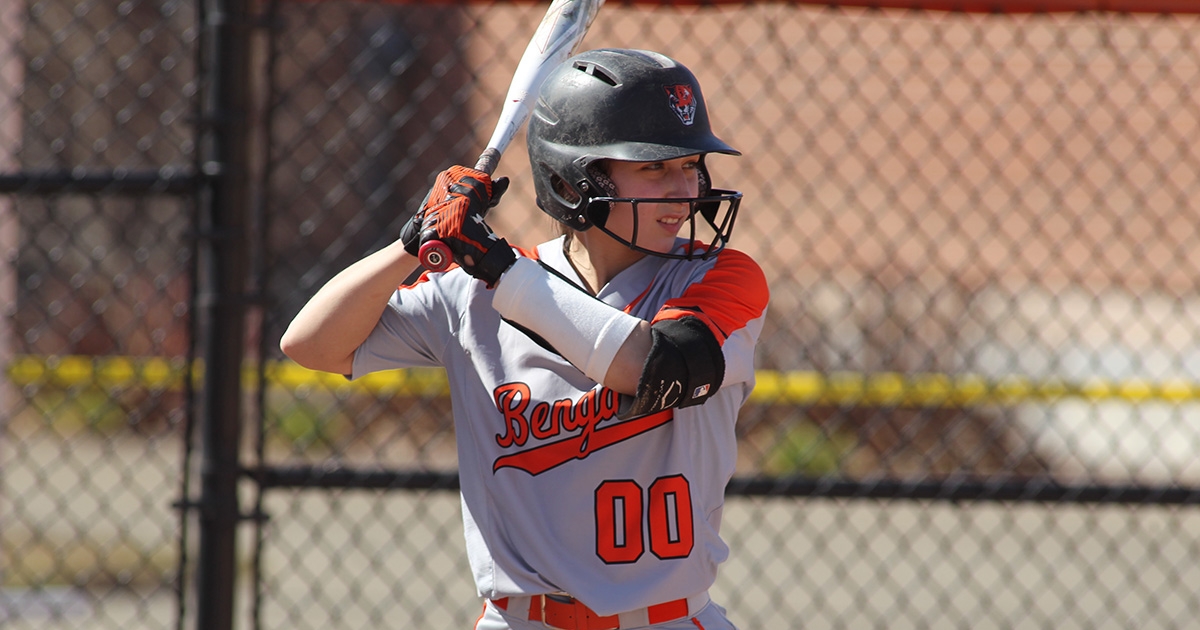 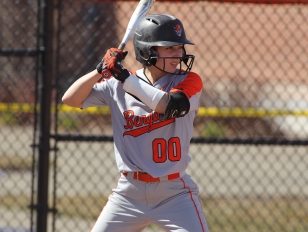