It’s the personal stories behind the numbers, however, that inspire Grinberg—students raised in poverty who land high-paying jobs, shy students who turn an aptitude for electronics into a confident understanding of electricity distribution, students who overcome racial and gender barriers, students who catapult themselves into elite graduate engineering programs after leaving Buffalo State.

“What makes me proudest is the reputation of our program,” said Grinberg, reflecting on his 26-year teaching career at Buffalo State. “One student who applied to the graduate engineering program at Johns Hopkins University a few years ago asked about the ‘T’ in his EET bachelor’s degree, wondering if he’d need to take additional courses to get in. The acceptance committees determined that our program was so strong he wouldn’t need prerequisite courses.”

“Our program is among the strongest in the nation.”

Originally from Ukraine, where he developed computerized systems for power distribution (he also did similar work in Moscow), Grinberg has spearheaded many initiatives since joining the college in 1995. They include setting up the comprehensive Smart Grid Laboratory with the University at Buffalo in 2011, developing a senior design sequence emphasizing undergraduate research, and grooming students to compete in design project competitions against some of the top engineering programs in the nation.

The smart grid program, a point of pride for Grinberg, teaches students about the revolutionary technologies that will improve on the traditional electrical grid the country relies on now.

“A smart grid allows more renewable energy, such as solar and wind, to be integrated with the system,” Grinberg said. “As demand grows, typically a traditional grid would require producing more energy; however, if we can optimize consumption, we reduce generation. We don’t need to build more power plants or burn more fuel.”

“As far as I’m aware, there isn’t another such comprehensive program within an engineering technology program,” Grinberg said.

During the coronavirus pandemic, students have continued to work in the lab (staggered for social distancing), especially seniors working on their design projects. A couple of students who are also electricians rewired the entire installation to comply with code for their project.

“Along with being code-compliant, the microgrid installation is more organized and better documented,” Grinberg said. “Other students are working on expanding the microgrid’s capabilities. It’s pretty remarkable.”

To give students more access to the real world, Grinberg connects them with engineers through the program’s industrial advisory committee. The committee gives pointers on the knowledge and skills necessary to enter the engineering field, including passing the engineering exam. Beginning last fall, the engineers have also overseen senior projects, using a rigorous grading rubric.

“I asked them not to treat them as students but as their own employees,” Grinberg said. “Since then, I’ve seen significant change in students’ attitudes because of the tougher standards and higher bar they are expected to reach.”

To help students interested in pursuing graduate work, Grinberg led an effort to form an agreement with UB’s Department of Electrical Engineering, creating a seamless and accelerated pathway into its master’s program. Just approved, it will help students applying to UB as early as fall 2021. As long as students have at least a 3.0 GPA upon graduation, they will satisfy entry requirements without taking any additional prerequisites or bridge courses.

“UB’s engineering faculty said they would take our students without reservation because of the caliber of our students in the past,” Grinberg explained.

Grinberg has a broad view of what makes a strong EET program. Since 2005, he’s served as a program evaluator representing the Institute of Electrical and Electronics Engineers (IEEE), handling accreditation visits for electrical, electronics, and electro-mechanical engineering technology programs across the country.

“The common denominator for engineering programs is the science and math requirements, which are more rigorous than some EET programs,” he said, adding that Buffalo State has those same rigorous requirements. “Our program is among the strongest in the nation.”

Grinberg sees that strength play out not only in the number of students who get accepted into graduate programs and land jobs in private industry and government, but also in their long-term career success.

“Through the years, I’ve heard from former students who have risen into leadership positions,” he said. “Some have offered internships or full-time positions to our current students. Our student success is absolutely fantastic.” 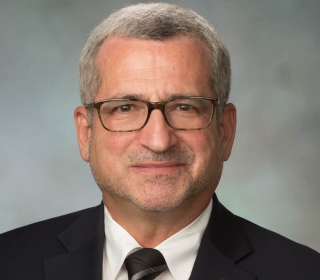 About Ilya Grinberg
Grinberg earned a master’s degree in electrical engineering from L’viv Polytechnic Institute in L’viv, Ukraine, in 1979 and a doctorate in electrical engineering and design automation from the Moscow Institute of Civil Engineering (now Moscow State University of Civil Engineering) in 1993. Since joining the Buffalo State faculty in 1995, he’s received the President’s Award for Excellence in Research, Scholarship, and Creativity in 2012 and the SUNY Chancellor’s Award for Excellence in Scholarship and Creative Activities in 2016. In fall 2020, he received an Outstanding Teaching Award for his contributions to education in the power industry for Region I of the IEEE, the largest professional society in the world. 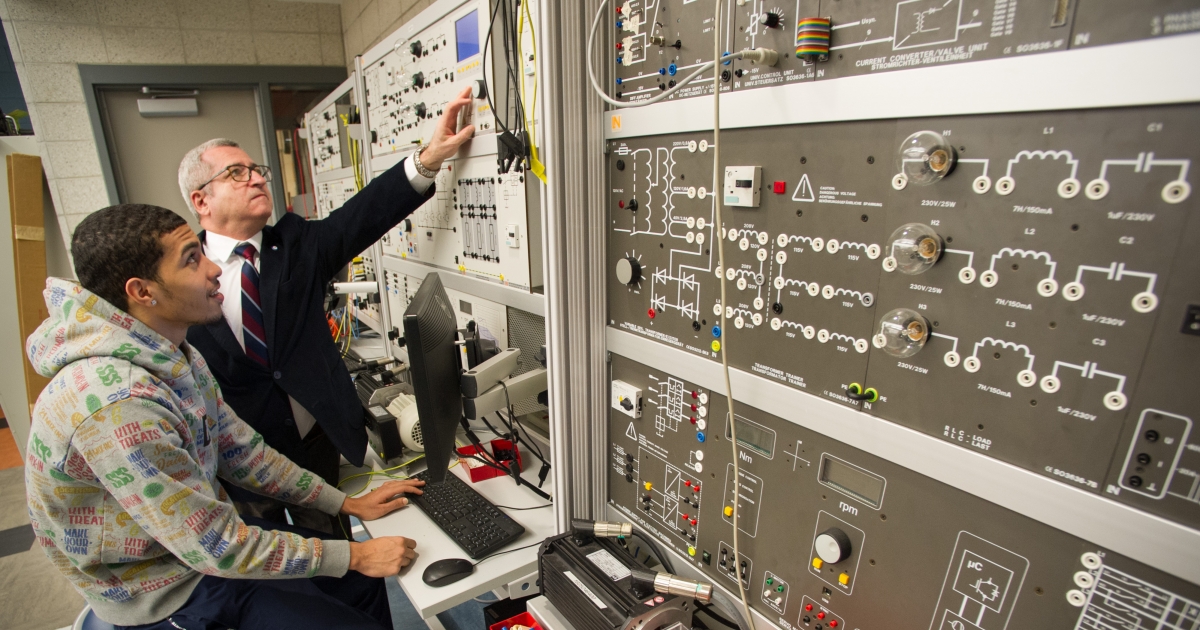 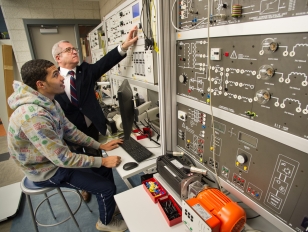