The top priority for Thomas J. Galluch, SUNY Buffalo State’s emergency manager, is to make sure the campus is safe from threat, whether man-made or from Mother Nature. After a 25-year career in law enforcement, it’s a role he relishes.

“Working here, I feel like I’m still serving the community,” he said. “For me, it’s important to give back to the community.”

Galluch, who started in April, is the first person to serve in the role. He works under Jeff Hammer, senior director of the Environmental Health and Safety Office. Galluch, as a liaison between the different areas, also sees his role as planning and preparing for various crisis situations, such as fires and storms, and educating the campus on what to do should an emergency arise. While each department focuses on a single aspect of an emergency, Galluch takes an overhead view, looking at how they must all work together as effectively as possible.

For instance, when a recent snowstorm closed campus, Galluch coordinated communication between the University Police Department, Facilities, and the emergency communications team to let faculty, staff, and students know about the closure.

“My job as the emergency manager is to keep the students, faculty, and staff of Buffalo State safe."

“My job as the emergency manager is to keep the students, faculty, and staff safe, and to keep the campus open and operating under any condition,” he said. “It’s coordinating with emergency responders, making sure we have the personnel and equipment to deal with any kind of emergency, be it something from Mother Nature, or something like a chemical leak on campus.”

“Public service was ingrained in me,” he said.

Galluch graduated from Bishop Timon St. Jude High School in South Buffalo. From there, he went to SUNY Cortland, graduating with a bachelor’s in economics in 1992. In 1997, he took a job with the United States Customs and Border Protection and was stationed in Kingsville, Texas, about 60 miles from the U.S.-Mexico border. Four years later, he was transferred to Ottawa, Ontario.

In 2003, Galluch started with the Bureau of Alcohol, Tobacco, Firearms and Explosives (ATF) in Lansing, Michigan. In 2008, he was stationed in Washington, D.C., before transferring to Buffalo in 2011.

The ATF used to be under the auspices of the U.S. Treasury Department. After the terrorist attacks of September 11, 2001, the ATF moved under the Department of Justice. Either way, Galluch was now where he had always wanted to be.

“The prohibition agents of old eventually turned into the ATF,” he said.

With the ATF in Buffalo, Galluch focused on firearms trafficking, arson, and explosives. He was also a tactical medic with the agency and a firearms instructor.

“I taught a few times at the ATF National Academy in Georgia,” he said.

Galluch retired from the ATF last March, taking a few weeks off before starting in his role at Buffalo State.

And while the job may not be as intense as his previous career in law enforcement, Galluch couldn’t be happier to be at Buffalo State.

“Everyone has been very welcoming,” he said. “I’m extremely lucky. I absolutely love this job.” 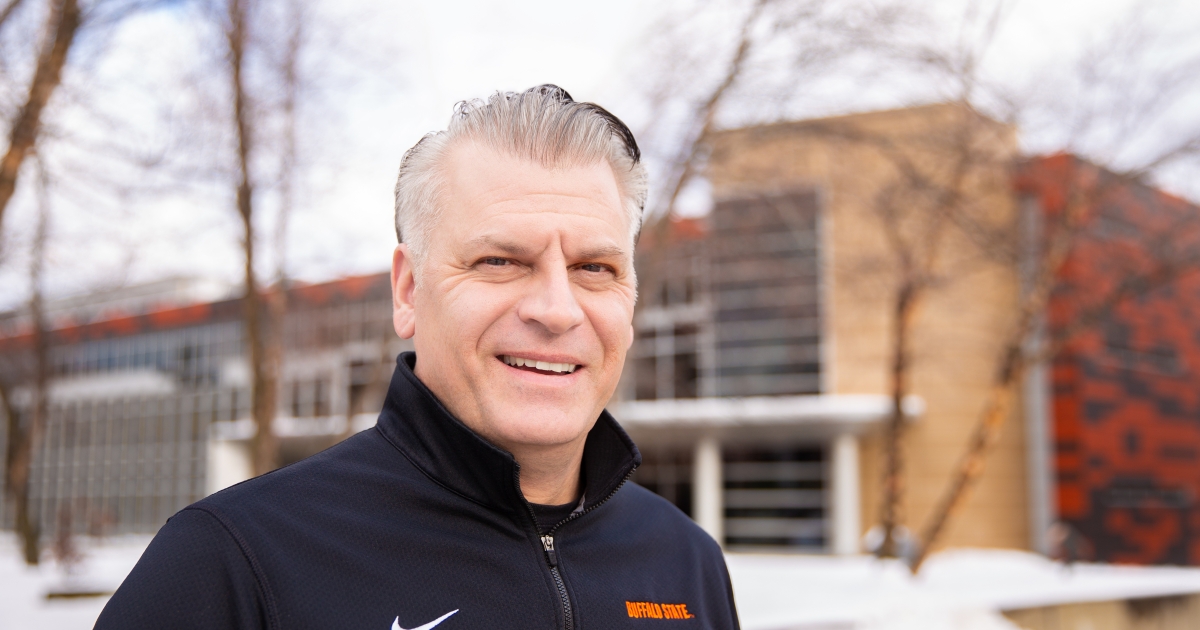 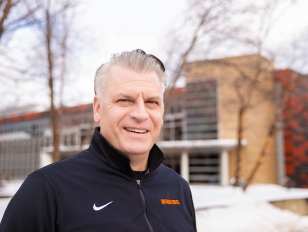