Fulbright Scholar awards are a prestigious honor based on academic and professional achievement, demonstrated leadership in a candidate’s field, and the potential to foster long-term cooperation between countries. For Aimable Twagilimana, Buffalo State College professor of English, the Fulbright served an even greater purpose: it saved his life.

In 1992, the Rwanda native was awarded a Fulbright scholarship to study English in the doctoral program at the University at Buffalo (UB).

“If I hadn’t gotten that scholarship, I wouldn’t have escaped Rwanda before the genocide against the Tutsis,” said Twagilimana, who had previously earned bachelor’s and master’s degrees in English at the National University of Rwanda and a master’s degree in applied linguistics from the University of Reading in the United Kingdom.

The 1994 genocide resulted in the deaths of 1 million individuals, primarily Tutsi, including Twagilimana’s father. Eventually, Twagilimana was able to process some of the horror by writing books, including The Debris of Ham: Ethnicity, Regionalism, and the 1994 Rwandan Genocide (2003) and the novel Manifold Annihilation (1996).

Twagilimana has been awarded a Fulbright scholarship or fellowship no fewer than four times throughout his career. At UB, he soared through his studies, completing his doctorate in American literature and critical theory in just three years. The day after he defended his dissertation, August 31, 1995, he stepped into a Buffalo State English classroom, and there he has remained, reaching the level of full professor in 2004.

“The reason I like the Fulbright is that you can see, in very real terms, the impact you have.”

Through his tenure, he’s kept close ties in Africa. Soon after becoming a U.S. naturalized citizen in 2006, he was chosen as a Fulbright scholar to teach American literature at Cheikh Anta Diop University of Dakar, in Senegal, for the 2008–2009 academic year.

“I’m proud of that time because several of the students I oversaw went on to earn doctorates,” he said, “including at universities in Senegal, the United States, and Belgium.”

From 2009 through 2013, he served as a visiting professor at the University of Kibungo in the Eastern province of Rwanda.

In 2014, he was awarded a Fulbright to teach courses in language and linguistics in the College of Education at the University of Rwanda. During this stint, he also conducted research on Rwanda’s history, economic development, financial institutions, and international relations for an encyclopedia project.

“In 2009, Rwanda shifted from French to English for its language of instruction,” he said. “It was a difficult time for many elementary and high school teachers and university instructors who had taught in French for decades.”

While there, he also advised the university and its board of directors on best practices in university governance and helped colleagues develop and revise curriculum programs that train elementary and high school teachers.

All these experiences influenced his teaching at Buffalo State.

“I included more African writers in my curriculum,” he said, “and invited African scholars to speak to my students as a result of getting to know them through the Fulbright experience.”

He also served as director of Buffalo State’s previous African and African American studies program from 2006 to 2012 and regularly teaches Introduction to Africana Studies in the new Africana studies program.

In 2014, he tapped into another part of his brain and earned a master’s degree in business administration (M.B.A.) from UB. This enabled him to teach accounting and finance courses part time at Erie Community College from August 2016 through May 2018. He also spends weekends during tax season working as an independent tax expert.

“I enjoy it,” he said. “Once I put my mind to something, I will put in hours of study to master it.”

In 2020, he received a Fulbright Specialist Program award to complete a project at Bangka Belitung in Indonesia. But he was not able to pursue it because the coronavirus pandemic intervened.

“I’ve never been to Indonesia or that part of the world,” he lamented. “It would have provided such a different cultural context.”

He said he may apply for another Fulbright opportunity in 2022, even though he knows it’s unusual to be chosen as many times as he already has.

“The reason I like the Fulbright is that you can see, in very real terms, the impact you have,” he said. “Students who you’ve guided emerge changed and ready for their own academic pursuits.”

Beginning with that auspicious Fulbright in 1992, Twagilimana has acquired numerous accolades from the college, the British Council, and the National Endowment for the Humanities; however, neither English nor academia was his first career choice.

“In pre-1994 Rwanda, the government chose the college path of high school students,” he explained. “My first choice was medicine. The government thought otherwise. I’m glad it turned out the way it did.”

About the Fulbright
Established in 1946, under legislation introduced by the late U.S. Senator J. William Fulbright of Arkansas, the Fulbright Program has given more than 390,000 students, scholars, teachers, artists, and scientists the opportunity to study, teach and conduct research, exchange ideas, and contribute to finding solutions to shared international concerns. Fulbright alumni have achieved distinction in many fields, including 60 who have been awarded the Nobel Prize, 86 who have received Pulitzer Prizes, and 37 who have served as a head of state or government. 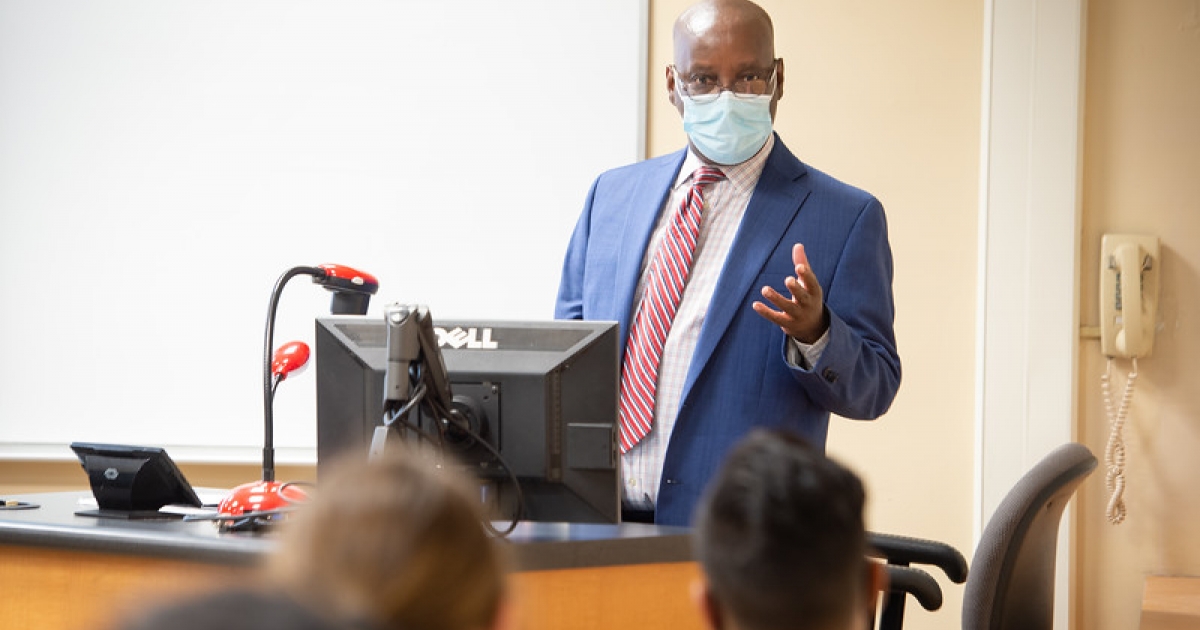 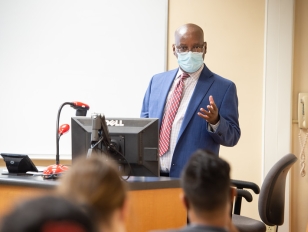