Televised images of rioters breaking down barricades, scaling walls, and breaking windows at the U.S. Capitol on January 6 shook the nation. Lawmakers who were prepared to vote on formalizing President-elect Joe Biden’s victory in November instead cowered in fear. By the following day, five people were dead.

As the U.S. House worked on January 13 on impeachment proceedings against President Donald Trump for inciting the violent mob, four Buffalo State College faculty members shared their observations of the events through the lenses of history, criminal justice, political science, and business.

History
Unlike most coups throughout history, the one at the U.S. Capitol didn’t seem to have a particular target or specific goal, noted Andrew D. Nicholls, professor and chair of the History and Social Studies Education Department.

“What we saw was so unprecedented, it was hard to absorb what the insurgents really wanted to accomplish,” Nicholls said. “In the moment, it seemed like an amorphous mob that got out of control. Now, we’re learning that some, and perhaps many, of the insurgents were there because of sophisticated and long-term plans to wreak havoc, and we’re finding out more and more chilling information every day.

“There was definitely a volatile political culture before the War of 1812.... There was not much reaching across the aisle to find consensus.”

“People in the crowd were calling to hang [Vice President] Mike Pence and also to get [House Speaker] Nancy Pelosi. It’s not like the Russian Revolution, where insurgents are saying one leader must go.”

However, the chasm that has grown between the political parties has shown up before, Nicholls noted. Long before the Civil War, factional divisions within the country began to emerge.

“There was definitely a volatile political culture before the War of 1812 regarding whether the United States should be pushing for a war against Great Britain,” he said. “There was not much reaching across the aisle to find consensus.”

The use of social media, which played an important role in the January 6 insurgence, partly by sowing misinformation about the election and organizing participants, was consistent with riot organizers’ historical proclivity for finding ways to communicate, Nicholls said.

“During various revolutions in France, mass communication was accomplished through newspaper broadsheets, guilds, and clubs,” he said. “If you walked around many of the working-class neighborhoods, there was an undercurrent of discontent. Whether or not you believed in violence, there was stuff simmering in the background. Coups don’t seem to happen when things are going well.”

Criminal Justice
While the kind of behavior that erupted at the Capitol doesn’t necessarily follow a script, there is a common trajectory to acts of domestic terrorism, said Clairissa Breen, assistant professor of criminal justice and certified anti-terrorism specialist.

Like other riots in which participants were not part of a formal group, “the insurgents at the Capitol don’t have a name or a manifesto, yet they do have a common ideology,” Breen said. “It’s the hardest thing to fight.”

When rioters move beyond shouting invectives and damaging inanimate objects to attacking people, their activities qualify as terrorism, she said.

Domestic terrorists are often bred from hate groups. At last count, Breen said, there are about 1,000 hate groups in the country.

“They all have the potential to turn into a terrorist organization, with a disregard for human life,” she said. “Terrorism is cheap, easy, and accessible to anyone.”

“You see splinter groups in this country break off from larger groups they think are not doing enough. They are the most frustrated and apt to become the most violent.”

One thing that fuels hate groups is a collection of grievances.

“When they get all those grievances piled up and say, ‘We should do something about it,’ and it doesn’t matter what it is, that’s where the problem comes in,” she said.

Because thousands of people who participated in the Capitol breach or supported it are still collecting grievances and feeling angry and confused, other violent acts could ensue in the coming weeks, she said. That doesn’t mean we should live in a constant state of panic, however.

“Hardliners will join existing organizations and start plotting; the rest will settle down,” she said. “If the FBI thinks we have credible threats against all state capitols and D.C., we will maintain our awareness, walk away from any situation that may become volatile, and hope for the best.”

“ISIS is a splinter group that broke off from Al Qaeda and became such a nightmare,” she said.

“You see splinter groups in this country break off from larger groups they think are not doing enough. They are the most frustrated and apt to become the most violent.”

It’s become clear that White supremacists and other far-right racist groups were among the rioters, draping themselves in Confederate flags and donning clothing with Nazi symbols, among others.

At the same time, Capitol Police have been criticized for treating the rioters far differently from protesters in the Black Lives Matter movement in front of the White House last summer.

A January 12 article in U.S. News and World Report noted that some groups, including the left-leaning think tank the Economic Policy Institute, blamed law enforcement for the security collapse, pointing out that some Capitol Police officers “were seen taking selfies with protesters and letting them through a barricaded area,” according to a statement.

While Breen said the police force was not adequately prepared for the attack and the selfies were inappropriate, she added, “You can’t fully argue that law enforcement was not responding appropriately. They acted as we had hoped they would have in previous situations, at earlier protests—with greater restraint. Many police officers did exactly what they were supposed to do. They attempted to deescalate the situation. They ran into the building, rather than keeping rioters from coming in, to protect the people inside. It was a tactical move.”

Political Science
When Peter Yacobucci, associate professor of political science and public administration, turned on the TV the morning of January 6 and saw Trump speaking to his supporters at a rally, his first thought was that it was a pretty poor turnout.

“Then when Rudy Giuliani told the crowd that they have to prepare for combat and Trump said he would lead them to the Capitol, I began to worry,” Yacobucci said, adding that he noticed the backpacks some participants were wearing. “I’ve been to many protests in D.C., and one thing that is simply not allowed is backpacks.”

“Ever since the November election, his base has wanted to do whatever they could to keep Trump in power. This became a clear cult action. This is what the president called for.”

His concern deepened as participants who made it to the Capitol began to overtake police, break through barricades, and move toward the doors and windows. When President Trump refused to call in the National Guard at the police department’s request, Yacobucci said, he thought, ‘This is a coup. Heaven help them.”

Because he has been monitoring right-wing talk radio and social media sites, Yacobucci wasn’t surprised that an insurrection happened.

“Ever since the November election, his base has wanted to do whatever they could to keep Trump in power,” he said. “This became a clear cult action. This is what the president called for.”

The fact that many key Republicans are breaking with Trump speaks to the seriousness of the January 6 events, he said.

“Once Trump leaves office, he will face all kinds of indictments,” Yacobucci said. “Republicans are thinking, ‘Let’s dissociate ourselves now, before he brings us all down.’”

Going forward, the two parties might be more likely to work together than they have in recent years.

“It’s very clear right now that Trump and Trumpism control the Republican party,” he said. “His actions are so extreme that it’s driven many Republicans away. This may create enough of a space to work with the Biden administration to get things done.

“What Biden is known for is the ability to bring people together. All his skills developed over the last half a century will be put to the test to see if we can finally move away from political dysfunction.”

Business
Several major companies have decided to halt corporate giving via political action committees following last week’s events. They include contributions to members of Congress who voted against certifying election results declaring Joe Biden as the winner of the 2020 presidential election.

“This is not being done for altruistic reasons,” said Jeffrey Chow, associate professor of business. “The donations were meant to influence politicians. I think these companies realize if the public knows they donated to representatives or senators who voted against Biden’s election, there will be a blowback.”

“These businesses enabled Trump for four years, saying, ‘He’s bad, but he won’t do anything that bad.’ When you have five people dead in the Capitol, it becomes a reality that you can’t brush off.”

However, Chow said, this is a public relations exercise that won’t last.

“After this dies down, they will return to their old habits,” he said. “Companies cannot survive without politicians, and politicians need money. It’s a transactional relationship.”

On the other hand, decisions by businesses—from hotels to banks—to sever ties with Trump could have more lasting ramifications for the Trump brand. Chow predicts that more companies will distance themselves from Trump.

“These businesses enabled Trump for four years, saying, ‘He’s bad, but he won’t do anything that bad.’ When you have five people dead in the Capitol, it becomes a reality that you can’t brush off.

“One of the good things to come out of the insurrection is there’s going to be more awareness about the roles of corporations in political discourse,” he said. “Should they just be a witness or be involved with the politics of the nation? They don’t want to support a politician on the wrong end of history.” 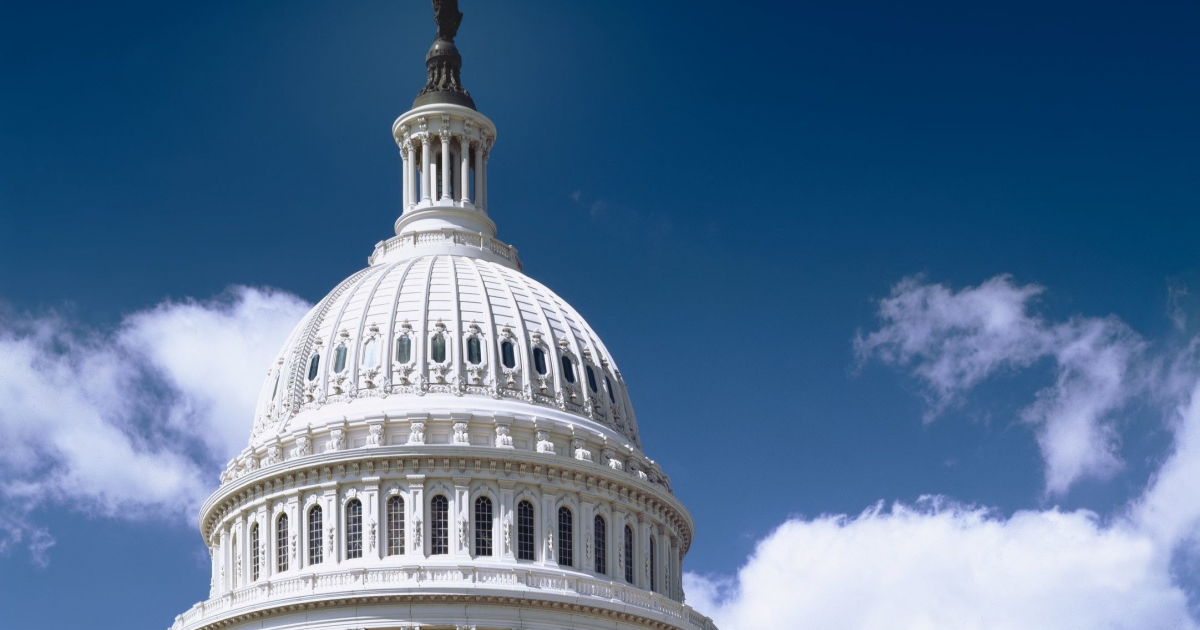 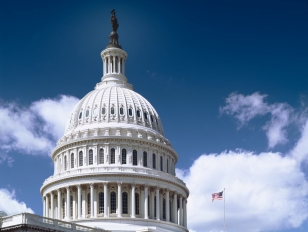