Jevon Hunter, Woods-Beals Endowed Chair in Urban Education in the School of Education and chair of the Social and Psychological Foundations of Education and Adult Education Department, has been named a member of the 2021–2022 class of the American Council on Education (ACE) Fellows Program.

Hunter will spend the upcoming academic year at SUNY Fredonia, where he’ll work with and learn from Fredonia President Stephen H. Kolison Jr., who started in August 2020, on how a college president builds a cabinet, interacts with the community, and conducts the daily business of higher education. The ACE Fellows Program gives interested educators the opportunity to develop leadership skills and learn about the culture, policies, and decision-making processes of another institution. The program is meant to train educators looking to move into administrative roles in the future.

“I’m thrilled,” Hunter said. “These opportunities don’t make themselves available all that often. To be able to take advantage of it and be welcomed into that space is really exciting.”

“I’m thrilled. These opportunities don’t make themselves available all that often. To be able to take advantage of it and be welcomed into that space is really exciting.”

In addition to being admitted to the ACE Fellows Program, Hunter also received the Cengage-ACE Inclusion Scholarship, which recognizes emerging higher education leaders with leadership and professional development opportunities. The scholarship supports a selected ACE Fellow who has demonstrated a sustained commitment to addressing educational quality and equity in student success.

Hunter became interested in the program after conversations with Wendy Paterson, dean of the School of Education, and President Katherine Conway-Turner, who was herself a past ACE Fellow. They encouraged Hunter to apply for the program and to work toward his goal of working in an administrative role at some point.

“I really sat with it and thought about it,” he said. “You know, is this something I really want to do? The moment really felt right.”

After initially applying in 2019, Hunter was accepted for 2020. He was delighted.

“And then COVID hit,” he said. “We were announced as the cohort of 2020. Then everything was put on hiatus.”

Now, with programming moving forward, Hunter is connected with Kolison and Fredonia. While his role has yet to be defined, he will be watching and taking notes while also offering his perspective and experience to Fredonia.

“Maybe it’s around issues of diversity, maybe it’s around issues in terms of engaging the community, maybe even some student-led initiatives,” Hunter said. “We’ll agree on a project that is within helping to move President Kolison’s agenda forward. But I also know that I’m very much interested in learning more about the relations between Fredonia and the community. I’m also interested in learning about the finances of a university and understanding how a newly appointed president of a university starts to build out his cabinet of leadership.”

Hunter is also looking forward to a different campus environment from the one he is used to at Buffalo State College.

“I wanted an experience that’s different from what I have right now,” he said.

Paterson, who nominated Hunter for the fellowship, said she was proud of the direction he’s taking. She said Hunter “embodies a rare combination of humility and strength of purpose.”

“Dr. Hunter is clearly destined to be a dean, then a provost and perhaps a college president,” Paterson wrote in his recommendation letter to ACE. “He is ambitious in a good way, seeking to bring his skills, knowledge, and talents to roles that will have significant impact on the profession of teaching. He is a knowledge-maker as well as a serious public servant.”

The future is exciting, Hunter said. He’ll be back at Buffalo State for the 2022 fall semester.

“This is about a growth edge,” he said. “It’s a growth opportunity.” 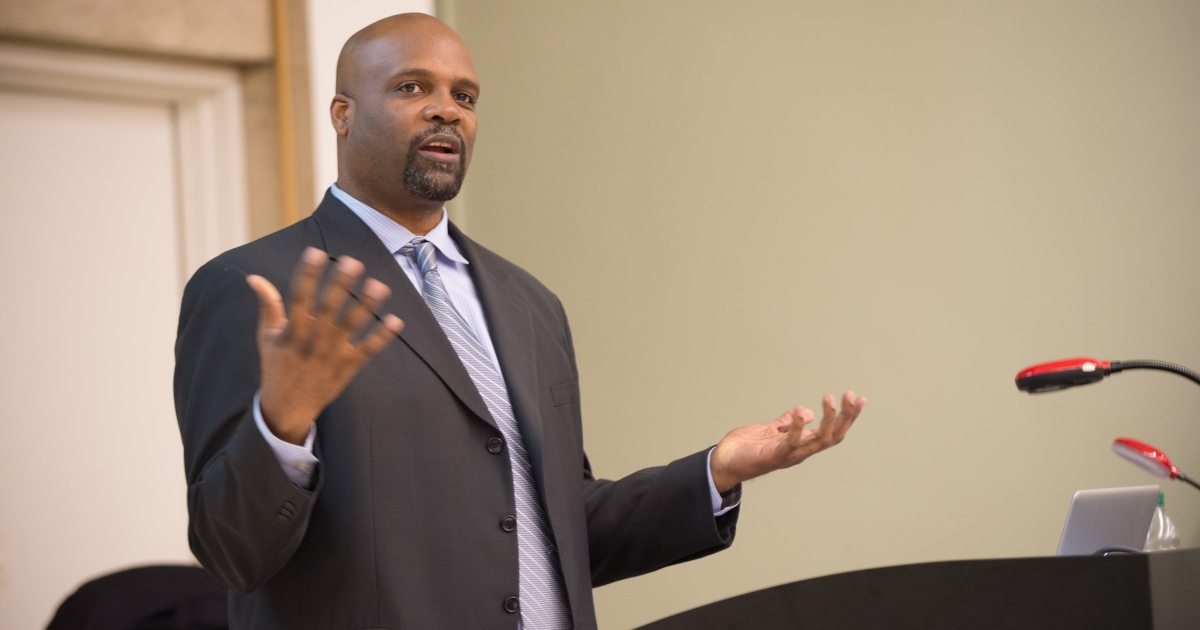 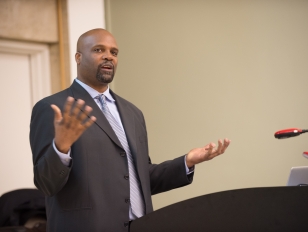