There used to be a time in the Campbell Student Union when students, faculty, and staff could knock down a few pins while also knocking back a few pints.

Starting in the late 1960s and extending into the 1980s, the Union had a bowling alley and the Buffalo State Pub. Students were able to visit both, as the drinking age was 18 in New York State when the pub opened.

At one point, the pub was one of the hippest night spots to be in Buffalo, said Gary Vickers, executive director of the Faculty-Student Association for 44 years until his retirement in 2018. The FSA oversaw operations in the Union, like the bowling alley, the pub, a pizza parlor, and pool tables.

“Non-students would come there, too,” Vickers, said. “On Thursday, Friday, and Saturday nights, it was nuts.”

Construction on the bowling alley started when the Student Union was renovated in 1967. Lanes were installed in January 1969, and it officially opened in February 1969, where Spot Coffee is located now. Bowling was cheap in 1969, with prices set at 40 cents a game during open bowling, 35 cents for league bowling, and 10 cents for shoe rental. Prices were raised slightly in the late 1970s, to 50 cents for a single game, $1.25 for three games, and 30 cents for shoe rentals. By then, however, the popularity of the bowling alley was beginning to wane, and it eventually closed in the mid-1980s.

“The revenue was not that great, and bowling wasn’t all that popular,” Vickers said.

The lanes sat vacant for a number of years, sealed off from the rest of the Union because of the materials used on the ceiling for sound suppression. The space was eventually turned into a TV lounge in 2001, before being transformed into its current iteration as Spot. 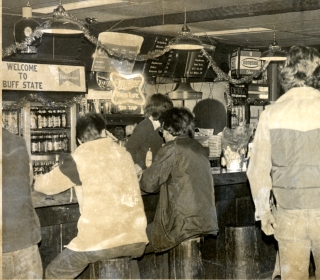 Appeared in the 1980 Elms yearbook feature “Can I Buy You a Drink?”

Opened in 1970, the pub sat next to the bowling alley, where retail dining is now located. There were alcohol and non-alcohol serving times. Wood-paneled with drop ceilings, the pub looked much the same as any bar, except for a sign that read, “Welcome to Buff State.”

“We didn’t serve any hard alcohol,” Vickers said. “It was mostly beer.”

In 1975, “Disco Nights” were discontinued because of complaints of loud and excessive music and issues with non-students who were frequenting the pub. In 1980, entrance to the pub was limited to Buffalo State students and one guest. In 1983, the legal drinking age in New York state was raised to 19, and again raised to 21 in 1987. Both changes had an impact on the pub, Vickers said. 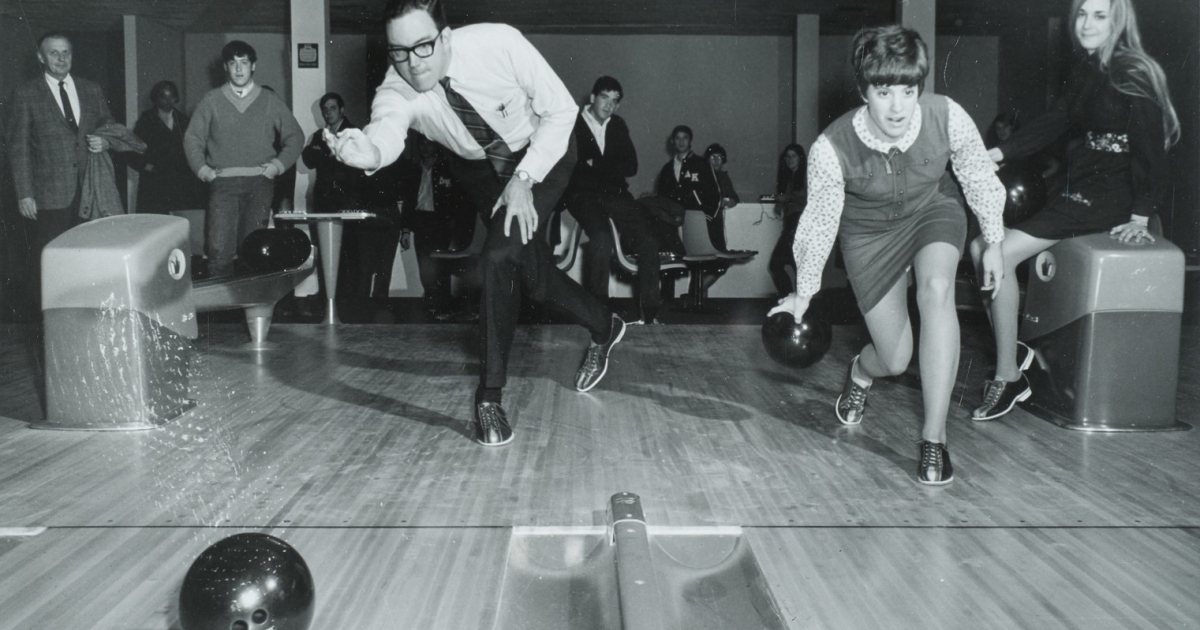 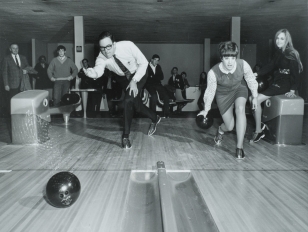