Buffalo, New York, used to be a two-newspaper town, with both the Buffalo Evening News and the Courier-Express vying to scoop the daily goings-on in the Queen City. The Courier-Express folded in 1982, following years of financial struggle and a contentious battle for ownership. But luckily for researchers, students, and local history buffs, the Courier-Express archives are housed and preserved at Buffalo State College in the E. H. Butler Library Archives and Special Collections, as well as available online.

The story of how the Courier-Express archives ended up at Buffalo State involves a personal connection between the college’s president at the time, a professor, the paper, and a shared desire to save a piece of Buffalo history.

A daily chronicle of the city’s commerce and culture, the Buffalo Courier-Express was formed in 1926, with the merger of the Buffalo Daily Courier and the Buffalo Morning Express, though its roots date back to the early 1830s. Mark Twain was once the paper’s editor.

The Courier-Express archives in Butler Library include clippings from the mid-1950s through the paper’s closure, as well as a large microfilm collection of earlier editions, dating back to the 1850s, and a photograph collection containing over 100,000 original images taken by the paper’s staff photographers. 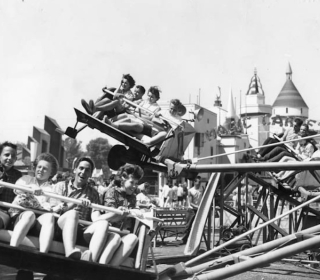 The Scrambler at Crystal Beach

Capturing Western New York’s most seminal events, like the winter storm of ’58 and the Blizzard of ’77, the archives portray a slice of life in Buffalo throughout the years. The openings and closings, constructions and demolitions, lives and deaths of iconic businesses, buildings, and power brokers. People enjoying Shea’s theater or the erstwhile Fantasy Island and Crystal Beach amusement parks. The construction of the Albright Art Gallery and the destruction of the Larkin Administration Building.

Tom Reigstad, professor emeritus of English, started working at the Courier-Express in the newspaper’s library—known as the “morgue” in newspaper parlance—in 1969. Well before the Internet put search functionality at our fingertips, reporters used the morgue to research the pieces they were writing. The morgue held the archives of the paper and was a working entity, meaning it was constantly updated, culled, and renewed, so reporters could access relevant information as quickly as possible.

From there, Reigstad became a nighttime copy editor and contributor to the paper’s Sunday magazine, while also beginning his teaching career at Buffalo State. He was working the night the Courier published its last edition, on September 19, 1982, and in fact, wrote one of the last headlines on the paper’s front page.

“It was just kind of a confluence of fate and positioning,” Reigstad said, “like being in the right place at the right time, that allowed me to have a hand in rescuing the whole Courier-Express library and placing it at Buffalo State.” 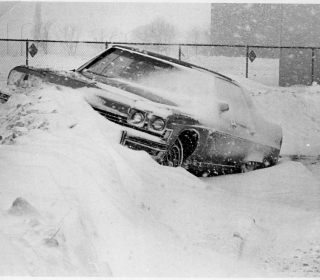 Buffalo State’s president in 1982, D. Bruce Johnstone, was friendly with some of the top editors at the paper. Soon after the closure, Johnstone sent a letter to the paper’s publisher, inquiring about the archives, which included newspapers, the article morgue, photographs, and reference works. The acquisition was to be a joint venture between Buffalo State College and the Buffalo and Erie County Historical Society (BECHS, now the Buffalo History Museum), where Reigstad was a board member serving on the Library and Publications Committee. The collection would be housed at Buffalo State.

Because of Reigstad’s connections, Johnstone tapped him to help draft the formal proposal to Cowles Media, owner of the Courier-Express, explaining how the archives would be preserved and used at Buffalo State. On February 24, 1983, the president of the BECHS, Appleton Fryer, sent the proposal to James A. Alcott, vice president of Cowles Media Corporation, describing the collaborative plan. As talks between the parties ensued, rumors started to crop up that other institutions were interested in the archives.

“Around that same time, we heard that the University at Buffalo was interested in the Courier library,” Reigstad said. “So was Syracuse University, because they have a great journalism program. The University of Minnesota, where Cowles Media was headquartered, was also interested. So, there was some competition.”

Reigstad and Johnstone’s swift actions paid off in January 1984, when Cowles Media notified them that Buffalo State and the Historical Society would receive the archives.

“The Courier library was already near and dear to my heart,” Reigstad said. “It was just so gratifying to me that we were awarded that collection.”

Contained in the Courier-Express archives are more than 100 metal filing cabinets filled with over a million news clippings, Reigstad said. There are also hundreds of thousands of glossy photographs in the collection, along with pieces of furniture, newspaper racks, desks and chairs, and other memorabilia like plaques and paintings.

The massive transfer of files and furniture from the Courier’s building at 785 Main at Goodell to Butler Library was carried out free of charge by a regional moving company, thanks again to Reigstad’s connections. It took several months for Butler Library’s archivist at the time, Sister Martin Joseph Jones, to organize everything once it was delivered. The Courier archives have moved around the library over the years but since 2013, they have been located on the second floor, in Special Collections.

“The Courier-Express​ collection is the most used of all the collections, with 260 requests filled in the past year,” said Daniel DiLandro, head of archives and special collections. “It represents 12 percent of the entirety of the reference questions that we received.” 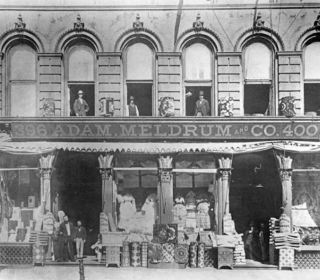 Students' use of the collection, both microfilm as well as the physical library files, made up 13 percent of requests in 2020, while faculty and staff accounted for 60 percent, he said. Patrons across campus, especially from history, social studies education, art conservation, and museum studies, use the collection for local historical and artifact research. Requests from the community made up about 27 percent of total requests, he said, noting that these figures were reduced because of the pandemic.

Nanette Tramont, an adviser and internship coordinator in the Communication Department, also worked at the Courier-Express until it closed, starting as a copy kid in 1972 and eventually becoming a medical reporter and assistant features editor. It was great working there, she said, and a sad day when it closed.

“I think we all had a sense of the importance of our work every day—to our democracy and our community as well,” she said.

Over 1,000 people lost their jobs at the paper, and the city “lost another voice,” Tramont said. The archives are a tremendous resource for Buffalo State.

“It’s great that the college is keeping the Courier archives,” she said. “They are a wealth of history in the present tense of the times then, before those histories were parsed and analyzed.”

Reigstad said as an urban institute of higher education, the college takes pride in playing a role in the city’s future, as well as helping to preserve its past. In that way, it makes sense for the Courier-Express archives to be housed and curated at Buffalo State.

“It’s our mission to celebrate the city and its surroundings and respect the history that comes with it,” he said. “It’s our mission to preserve as much of that history as possible for how it can inform the way we move forward. I think the college’s role in the community is just cemented by the fact that we have this collection.” 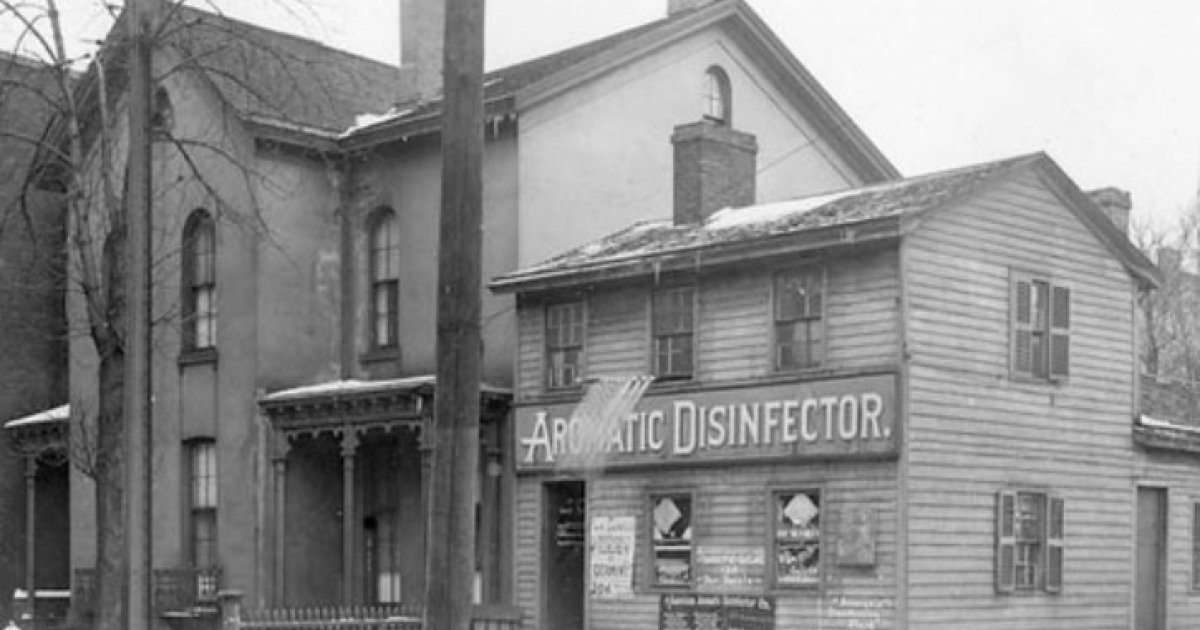 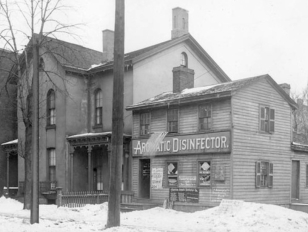