It began with an Irishman and a lost opportunity.

In 1974, David Lampe, Buffalo State College professor emeritus of English, discovered that Irish poet John Montague was in town to teach a six-week summer session at the University at Buffalo (UB), but he wasn’t scheduled to do a public reading.

Lampe not only invited Montague to read from his works at Buffalo State, but he and his wife, Ruth, also outfitted the UB dormitory where Montague, his wife, and infant daughter were staying with a television and playpen.

Lampe clearly remembers the reading, which took place in the auditorium of what is now the Science and Mathematics Complex.

“John read a very dark poem, ‘The Cave of the Night,’ about the political problems of Northern Ireland,” Lampe said. “During the reading, a dog in the audience barked, and James Wright, another poet visiting at UB, declared the dog barked because the devil was present.”

Whether the devil infiltrated the reading is anyone’s guess. What’s certain is that Lampe created a piece of literary history at Buffalo State with his founding of the Poets and Writers series that ran from 1974 to 2008, funded primarily by the Faculty-Student Association (FSA), as well as the Burchfield Penney Art Center and the English Department.

Montague was followed by more than 100 writers and poets from Ireland, Canada, England, Australia, and America, including notable Black and Native American writers.

“I enjoyed meeting and learning from writers and poets and wanted to share that experience with the campus and my students,” said Lampe, who joined the English Department in 1969 and taught a range of courses in medieval literature, modern poetry, and creative writing until his retirement in 2006.

When the writers came to campus, Lampe interviewed them, and many of these interviews were audiotaped or videotaped.

Now the public has the opportunity to access those readings and interviews in the Dr. David Lampe Poetry Speakers Collection through E. H. Butler Library’s digital commons. Over the past several months, the library’s archivists painstakingly digitized thousands of hours of tape.

“I think the collection will mean greater access to primary-source materials for students, especially during this period of remote learning,” said Hope Dunbar, the library’s digital archivist and instructional support specialist. “It will allow students and faculty to get a greater understanding of the poetry presented, as they can hear the tone and cadence of a poem as it was intended to be heard by its original creator.”

The novelists and poets who visited campus conducted readings during Bengal Pause and in the evenings in the library’s Activities Room, the Campbell Student Union, and the now defunct Oak Room in Moot Hall. Often they held question-and-answer sessions with the students and visited classes. The readings enjoyed good turnouts partly because Lampe required his students to attend and write response papers.

“I imagine students complained at the time,” he said. “Many of them years later thanked me for the opportunity.”

The digitized readings add to a collection of more than 1,000 books that Lampe has donated to the library’s Archives and Special Collections. The David Lampe Collection comprises poetry, novels, plays, and research materials. Many of these books are first editions; some have been signed by the authors.

“We are thrilled to have these texts available and grateful to Dr. Lampe,” said Daniel DiLandro, Buffalo State’s head of archives and special collections. “He is a frequent and generous donor to the Special Collections and the literary arts community.” 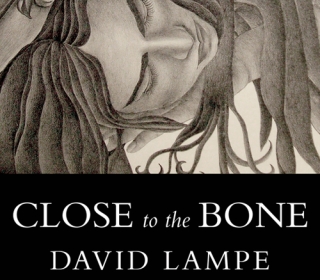 Lampe’s donation includes 85 files that contain background information on the writers, his correspondence with many of them, and written introductions to their readings.

“What really struck me is the breadth of the correspondence and visitors, many of whom are well-renowned and world-famous scholars, writers, and poets,” DiLandro said. “Students and other scholars now have access to drafts, thoughts, politics, and the literal voices of brilliant minds that are otherwise inaccessible anywhere else or in any other form.”

After Lampe retired, he continued his literary pursuits, including publishing two books of poetry, The Trees Walked, in 2006, and Close to the Bone, earlier this year. The topics in the most recent collection range from his life as a farm boy in Iowa to travels through Europe to reflections on the love of his life, Ruth, who died in 2015 and to whom the book is dedicated. A. F. Moritz, the current poet laureate of Toronto, Canada, penned the introduction.

One poem, Lampe said, was written for his granddaughter, who is a soloist, and the second of his seven grandchildren.

Never a soloist, I blend,
become part of a sacrifice
of the self, a note by note

release of energy into
Dante’s “sweet
harmony of Paradise.”

Another is an elegy to Montague, the man who unwittingly kicked off the college’s Poets and Writers series. Lampe nominated the poet for a SUNY honorary doctorate, which he received in 1987. They remained friends until Montague’s death in 2016.

I recall how
we’d walked out
one evening
to a sports bar
on Chippewa St.
so old and ofay
to the core
it still
had a painting on its walls
of Cassius Clay

where John
in his Jameson cups
and full academic regalia after
receiving an honorary degree,
told me, “The English lost
their poetry when they

not only gave up
the true
religion, but took
the adverb to heart.”

At a summer
campus reading,
almost an hour late
and roaring drunk,

he charmed
the audience
into forgiveness 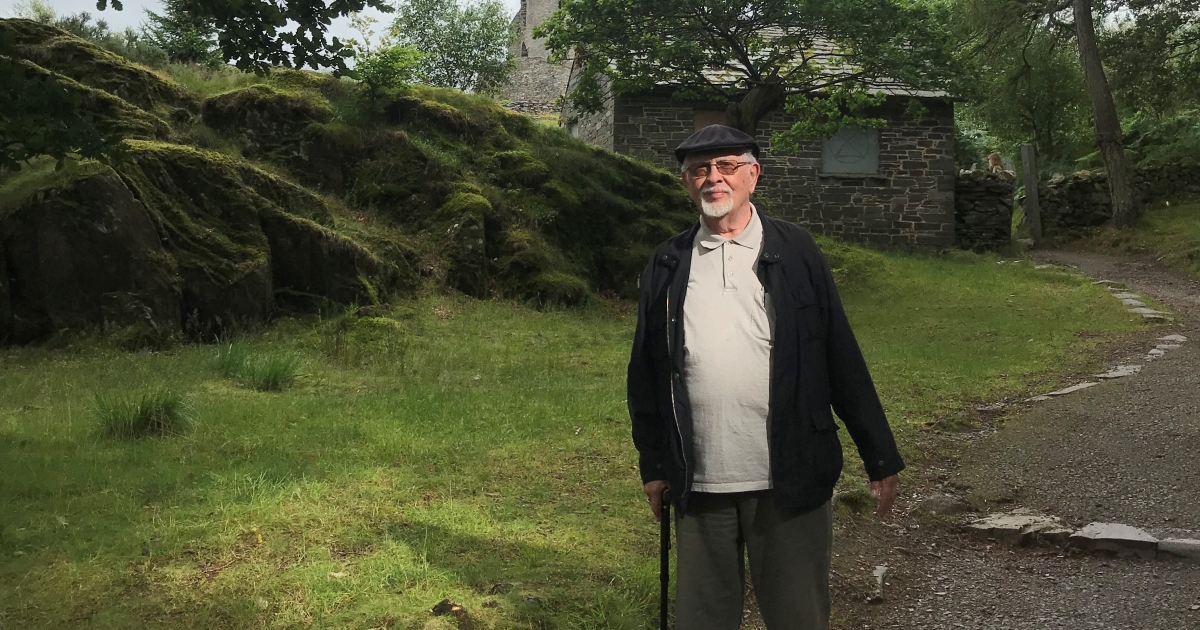 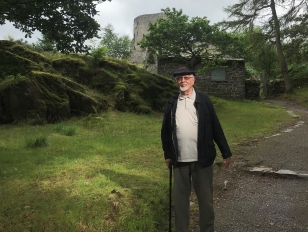