Since it began preparing schoolteachers as a Normal School in 1871, Buffalo State College has embraced cutting-edge trends in education.

One of those trends was the open-concept, multigrade classroom, and Buffalo State was an early adopter. It opened the College Learning Laboratory, or Campus School, in 1969 in Buckham Hall on Rees Street as a clinical site for teacher candidates. Buffalo State education majors worked with faculty members to teach students enrolled in kindergarten through high school. Teacher candidates volunteered, observed, and participated in classes and student-teaching assignments.

Open-Concept Classrooms
The open-classroom model for the Campus School reflected changes in K–12 education that emerged in the ’60s and ’70s, encouraging students to follow their own curiosity.

“It was project-driven more than curriculum-driven,” said Wendy Paterson, ’75, dean of Buffalo State’s School of Education, who completed her junior participation requirement at Campus West as an elementary education major in 1974. She and her peers observed faculty members teaching students through one-way glass. They also worked directly with the children in subject-area learning centers.

“The classrooms were fairly chaotic with a lots of kids in a very limited space,” Paterson said.

He pointed out that the philosophy supporting the Learning Lab harks back to the college’s inception. The School of Practice was established at the Normal School, then located at Jersey and 13th streets (now Normal Avenue) in Buffalo, as a city school for children in nine grades.

Faculty members in the School of Practice were appointed as college faculty members and were granted the same rights, privileges, and voting rights as any other faculty member. That model continued through 1991.

By the 1930s and ’40s, the school consisted of students in nursery school through eighth grade who were primarily the children of college faculty and fairly affluent, politically connected families in Western New York. The classes were held in what is now Bacon Hall on the Buffalo State campus. Highly regarded, the School of Practice ranked among area private schools, although as Lee pointed out, it was considered a “non-public school,” or one that is privately operated but publicly funded.

Many Names, Many Iterations
By 1953, the name of the School of Practice was changed to the Campus School. By the 1960s, it became apparent that to remain competitive with other schools in the area, the college needed to either renovate Bacon Hall or build a new “state-of-the-art” facility, Lee wrote. The faculty and administration chose the latter.

The new building, Buckham Hall, was designed to reflect the modern technology of the 1960s, Lee noted, adding that the new facility allowed for an expansion of classes. It opened in 1969 adding high school students and special education programming.

“As a demonstration school, [Campus West] provided programs that focused on attention to individual differences as well as the implementation and demonstration of innovative educational programs and exemplary teaching practices,” Lee wrote. “Curriculum development, educational, and child development research studies were encouraged and supported.”

When the Buffalo Public Schools were required to desegregate in the 1970s, the Buffalo Board of Education became a partner with the college. The school became a Buffalo “magnet school,” School 96, attracting students from across the city. The name was changed to Campus West School.

Financial Troubles
By the late 1980s, it became clear that the school was in financial jeopardy.

Paterson described the situation in an article on the history of educating teachers:  “As the SUNY colleges became less and less supported by New York State budgetary allocations, the Campus School was soon too expensive to staff and to maintain. The baby boom was over, and the population was shrinking.”

Also, in the mid-1980s, the National Council for Accreditation of Teacher Education (NCATE) changed its standards, requiring education students to have experiences in urban, suburban, and rural schools, Lee said.

In April 1991, Buffalo State College President F. C. Richardson announced that budget cuts were forcing the college to sever its financial ties with Campus West. This was not a popular decision. Parents lobbied for the school to remain open. Complicating matters, the building suffered severe flood damage, and students were temporarily relocated throughout the city.

Following two years of negotiations between SUNY and the Buffalo Board of Education, parents and others were “jubilant” when an agreement was reached in 1993 for Campus West to remain on the Buffalo State Campus as a public school, at least through 2005, according to the Buffalo News. At the time, the school encompassed 850 students in preschool through the eighth grade, 72 faculty members, and 30 staff members.

The ensuing years at Campus West boasted multiple collaborations between the college and the community, including reading programs funded through the Center for Excellence in Urban and Rural Education (CEURE), service-learning opportunities supported by the college’s Volunteer and Service-Learning Center, an after-school art program led by art education majors, and a music education program for elementary school children led by Buffalo State preservice music teachers.

As a Buffalo public school, Campus West was unique in that it drew students from all over the city and all levels of ability. About a third received enriched programming for students performing above their grade levels. Another third of the students had special needs; some were medically fragile, and Campus West was one of the few city schools with a full-time nurse.

In February 2011, however, the college, then led by Buffalo State President Aaron Podolefsky, and the Buffalo Board of Education, led by then Superintendent James A. Williams, decided to close Campus West when the lease expired that coming June. That decision was final.

Since Campus West’s closure, the college has renovated Buckham Hall and designated its B Wing for the departmental offices of Philosophy, Modern and Classical Languages, Communication, and Sponsored Programs Operations. The Buffalo State Child Care Center, which has been located in C Wing since 1996, now serves more than 80 children and is accredited by the National Association for the Education of Young Children (NAEYC).

While many educators have lauded the learning lab model, and some would even like to return to it, Paterson said the way Buffalo State now prepares teacher candidates—giving them opportunities to work in a variety of schools and community settings—is much more effective.

Lee pointed out the significant role Campus West played through its many iterations.

“Also, it should not be forgotten that countless children in Western New York benefited from the state-of-the-art educational programs,” he said. “Many of the City of Buffalo’s leading citizens received their primary, elementary, and secondary education in this unique setting.” 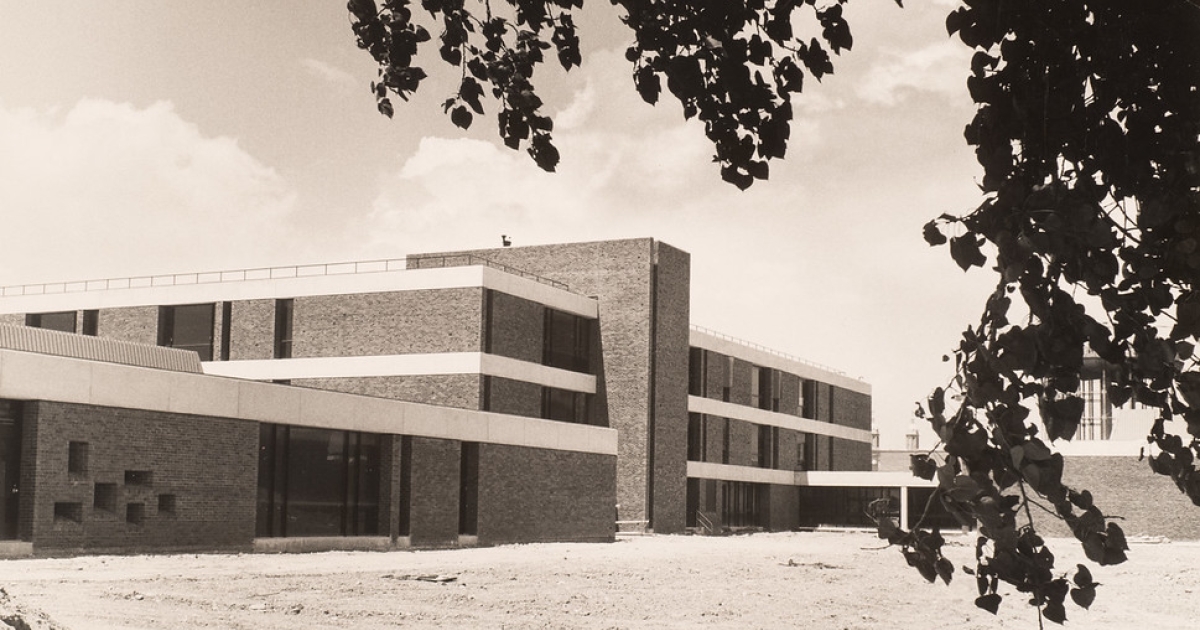 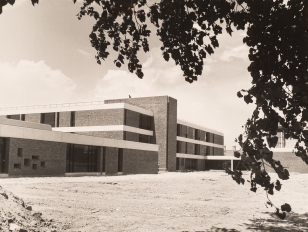