Charles “Chuck” Arbutina, ’73, ’75, has an affinity for numbers, which he channeled into a successful career as a computer programmer and technical project manager, primarily for HSBC Bank.

One number in particular speaks to his second career: 40. That is how many years the Buffalo State College lecturer of computer information systems (CIS) has shared his expertise with the next generation of computer programmers, operations managers, cybersecurity specialists, and other computer science professionals.

The affable instructor, who earned both bachelor’s and master’s degrees in mathematics from Buffalo State, doesn’t view teaching in a calculated way, however. Rather, he describes the joy of sharing knowledge and interacting with students as keeping him tethered to the classroom.

“I don’t consider it a job; I like the campus, the students, and everything about teaching,” said Arbutina, who joined the CIS Department in a part-time role at a time when computers were primarily of the mainframe variety.

“One thing I stress is the importance of strong oral and written communication. It’s not just understanding the technology but also knowing how to accurately communicate with project managers and others on the business side.”

“A good portion of the material I’ve had to learn, as the field is always changing,” he said. “Students sometimes show me something I didn’t know or ask me a question I have to look up.”

His career at HSBC, which spanned 25 years through his retirement in 2012, provided a wealth of real-world experiences he continues to share with students.

“One thing I stress is the importance of strong oral and written communication,” he said. “It’s not just understanding the technology but also knowing how to accurately communicate with project managers and others on the business side.”

His rapport with students played a key role in Arbutina’s receiving the SUNY Chancellor’s Award for Excellence in Adjunct Teaching in 2015.

“Based on student evaluations, it appears students like me and how I perform in the classroom,” he said. “Also, I think my contributions to the department, such as being active on committees, helped.”

“He brings a wealth of real-world experience into the classroom, which is demonstrated in his teaching excellence,” Mazur said. “He is also deeply involved in the CIS Department’s efforts to connect with the community and encourage diversity in the computer science field.”

This includes teaching middle school and high school teachers the best ways to integrate computer science concepts into their classrooms during the Google-sponsored CS4HS workshops that CIS faculty, including Arbutina, offer each summer. He has also served as the lead instructor in the Girls Coding Project, sponsored by WNY STEM Hub and Girl Scouts of Western New York in conjunction with Buffalo State the past few summers.

“I’ve heard this is because computer gaming is geared toward boys,” he said. “I’d like to help turn this around.”

Meeting students where they are and helping them map out a professional life is clearly a passion for Arbutina. He notes that many of his former students have developed impressive careers in industries such as information systems consulting, cloud-based software services, data analytics, and banking. One of his first students ended up hiring Arbutina at HSBC in 1987.

Arbutina also relishes the day-to-day rhythms of the campus.

“I have such good memories from when I was a student here,” he said. “The campus has changed dramatically but in many ways for the better.”

For the foreseeable future, expect to find Arbutina on the second floor of the Technology Building quietly stoking something that’s hard to measure, even for those with a talent for numbers—inspiration, ambition, hope.

“Until I retire, which won’t be for at least a couple more years, I will continue to transfer skills to students that they can use for the rest of their lives,” he said. “This is what I like doing.” 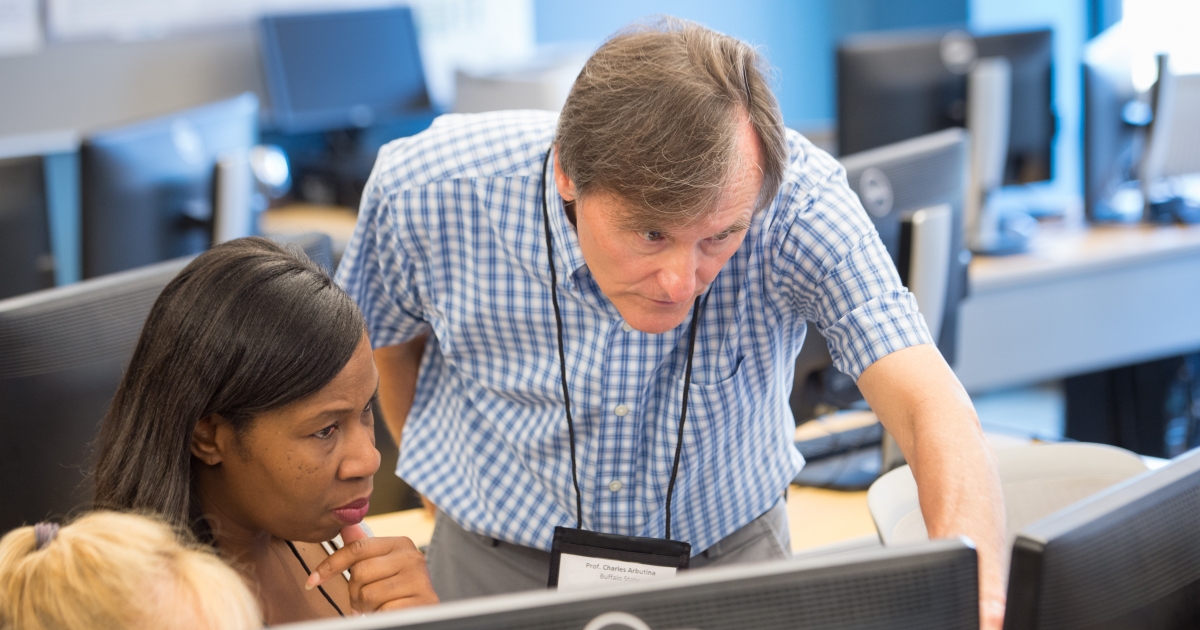 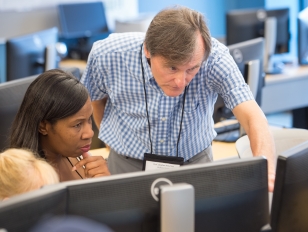