Timothy Gordon, vice president for student affairs at Buffalo State College, has a new Pride flag flying in front of his home, one that represents a broader inclusivity within the queer community.

The new “Progress Pride” flag expands on the rainbow Pride flag that has celebrated gay life since 1971. Portland, Oregon–based designer Daniel Quasar redesigned the iconic flag in 2018, adding a chevron of black and brown stripes to represent people of color and light blue, pink, and white stripes to represent transgender people and those living with HIV or who have died from AIDS.

The Progress flag joins the traditional Pride flags being flown across the country in recognition of Pride Month.

“It’s the flag that we now fly because of the more inclusive symbolism,” Gordon said. “It also addresses the fact that even within communities, there have been systems that have provided a space for some but not all.”

“The new Pride flag provides the opportunity to show that the LGBTQ community is broad, and even within it, a lot of identities come together. There is still work to be done to ensure there is a place at the table for everyone in their full identity.”

Pride Month grew out of the 1969 Stonewall Uprising in Manhattan and continues as a reminder of those who fought and continue to fight for full equality. As the nation celebrates achievements and challenges faced by lesbian, gay, bisexual, transgender, and queer (LGBTQ+) individuals this June, the new symbol of inclusiveness can be seen everywhere from individual yards to the State Department.

The proliferation of the Progress flag “is a sign that the community is starting to recognize the importance of inclusion across all orientations and identities,” said Charlene Vetter, clinical manager of Buffalo State’s Counseling Center and co-chair of the LGBTQ+ Resource Center’s Bengal Allies group. “Although Pride celebrations have looked different because of the pandemic, smaller events and celebrations have been occurring.”

She pointed to activities and celebrations hosted by the online groups Pride Inside and Niagara Pride, including the lighting of Niagara Falls in a rainbow of colors and the unveiling of the newly created LGBTQ+ Rainbow Garden in Niagara Falls, both on June 28.

“The new Pride flag provides the opportunity to show that the LGBTQ community is broad, and even within it, a lot of identities come together,” Gordon said. “Historically, even the LGBTQ movement tended to skew more in support of White men. My experience as a Black gay male is really different. There weren’t many role models of Black gay males when I was coming up. That is changing.”

The adoption of the Progress flag came right before the Black Lives Matter movement, he noted.

“And in the first waves of conversation, there was talk about inclusivity and the challenges of people with different immigration status,” Gordon said. “At the time, there were also many high-profile deaths of trans individuals, especially trans women of color.”

Gordon said it’s important for gay individuals to form solidarity with transgender individuals as well as with people of color, especially in light of the violence that has permeated so many neighborhoods and taken so many lives. Inclusion is paramount going forward.

“There is still work to be done,” he said, “to ensure there is a place at the table for everyone in their full identity.” 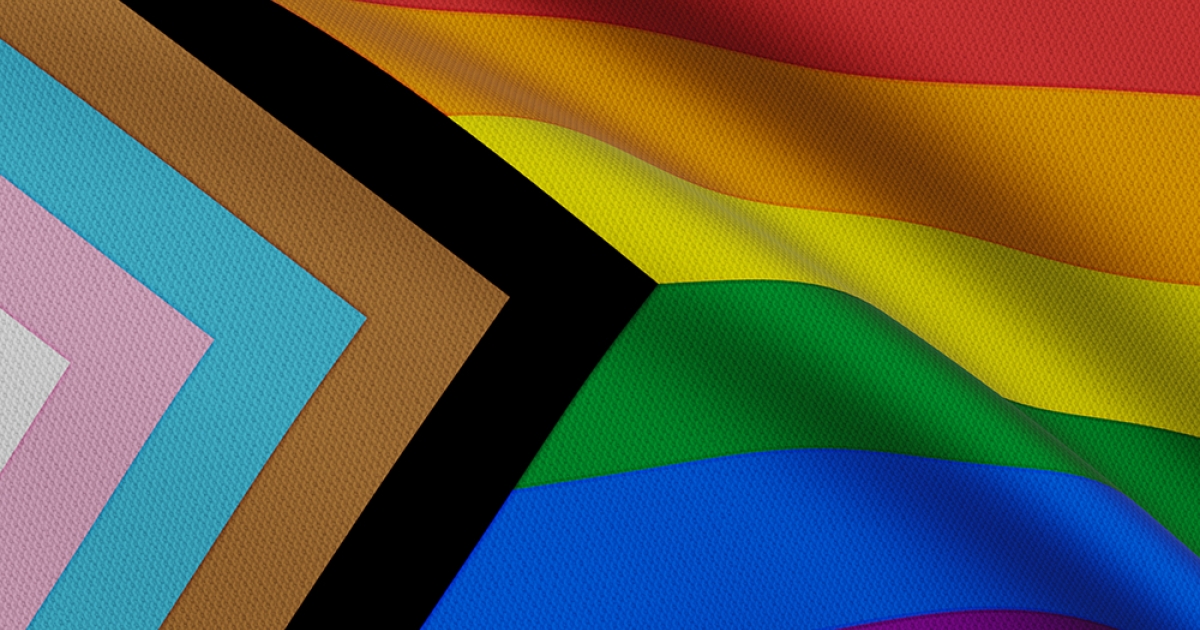 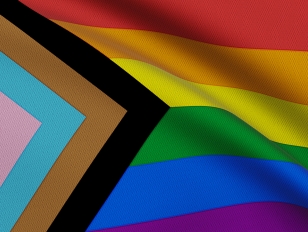