David Allen Butler, B.S. ’84, was 9 years old when his family drove to Florida to watch the launch of Apollo 11, the spaceflight that first landed humans on the moon. His father, an electrical engineer in the aerospace division at General Electric, had worked on the lunar module’s electrical systems. The visceral experience of seeing—and hearing—the rocket blast off is seared in Butler’s memory.

“I didn’t fully understand it at the time, but both of my parents were very creative in their own way,” Butler said. “At work, my father used science for creative problem solving. At home, he was a tinkerer and a carpenter, always making things out of wood. It was like magic to me. My mother was a decorator with an artist’s eye. We moved around a lot, and she always made our new homes look and feel like home.”

Butler has taken those dual influences—the creativity of science and art—and used them to forge a prolific career in film, theater, fine arts, and more.

His current passion is movies. He’s on a blistering pace with 28 film projects in the past seven years, providing production design, art direction, and set decoration. He’s worked with some of the industry’s most powerful players, including Chadwick Boseman in Marshall, John Krasinski and Emily Blunt in A Quiet Place Part II, William Fichtner in Cold Brook, and Guillermo del Toro in Nightmare Alley.

“The period pieces I’ve worked on have been especially fun. It’s not like L.A., with giant prop warehouses. Buffalo is full of great stuff, but it’s in basements and attics and antique dealerships.”

The first major feature film he worked on was The American Side, a 2016 movie set in Niagara Falls. The job came as a referral, and Butler admits he had no idea what he was getting into. Debbie De Villa, a highly regarded production designer, was looking for someone to make props. People around town pointed her to Butler, who owns PRO Creation, a 2,600-square-foot scene shop in Buffalo.

“She called me on a Sunday and said, ‘Do you know Da Vinci’s helicopter? Think you could make one of those by Tuesday?’” Butler recalled. “I said, ‘Absolutely’ and then spent the next couple of days furiously trying to figure out how to make this mythic fabric spiral. I did figure it out—drawing on that connection between science and art—and then she started throwing me all these other projects. What started out as a gig for a couple of days went on for six weeks,” he said. “It was exhilarating and really opened the door for me to be involved with future Hollywood movies filming in Buffalo. That’s how it starts—this is very much a networking business.”

A self-described introvert (he says a Myers-Briggs test proved it), Butler is actually a natural networker. People are drawn to his quirky wit, reassuring smile, positive vibes, and genuine interest in others. He has built relationships with so many people over the years—from actors to musicians to antique dealers—that his role as a movie prop treasure hunter is fun, fulfilling, and successful no matter how obscure the object he is looking for.

“The period pieces I’ve worked on have been especially fun,” he said. “It’s not like L.A., with giant prop warehouses. Buffalo is full of great stuff, but it’s in basements and attics and antique dealerships. Connecting with people to find a vintage bicycle at a local bike shop or World War II–era medical equipment in the basement of a doctor’s home or 50-gallon barrels in a junkyard—those are fun moments. And it should be fun. We’re making movies here!”

Although the COVID-19 pandemic has put film projects on pause over the past year—Butler was just one day into his work on Billy Eichner and Judd Apatow’s rom-com Bros when production shut down last March—he is excited for the industry’s return.

“Buffalo has become a very viable film town,” he said. “We have one major sound stage and are about to have two more. And there is a huge need for new content right now. Over the past year, it seems like we’ve all watched pretty much everything available on Netflix and Amazon. When the entertainment industry gets going again, it’s going to be a creative boom like in the Roaring Twenties.”

Butler, well known around Buffalo for his performance art at the annual Artists & Models fundraiser event and his stage set design work for the Irish Classical Theatre Company, Paul Robeson Theatre, and Road Less Traveled Productions, feels as if all the puzzle pieces of his life and career are fitting together. He’s drawing on skills developed in all his past jobs—from putting up attention-grabbing holiday displays at Sibley’s department store to working in development at nonprofits—to make people take notice of his film work. He’s also drawing on what he learned in college.

“I definitely have warm and fuzzy feelings for Buffalo State,” Butler said. “I feel extremely lucky to have gone to a school with a crazy creative scene. I learned storytelling from Warren Enters. I had English professors who taught me to think for myself and astronomy professors who blew my mind filling up the chalkboard with equations that proved that the seemingly impossible was possible. We were inspired by art at the Albright-Knox across the street and music at Mister Goodbar down the street. I went from being a polyester-wearing suburban kid of the 1970s to someone really open to life’s possibilities.” 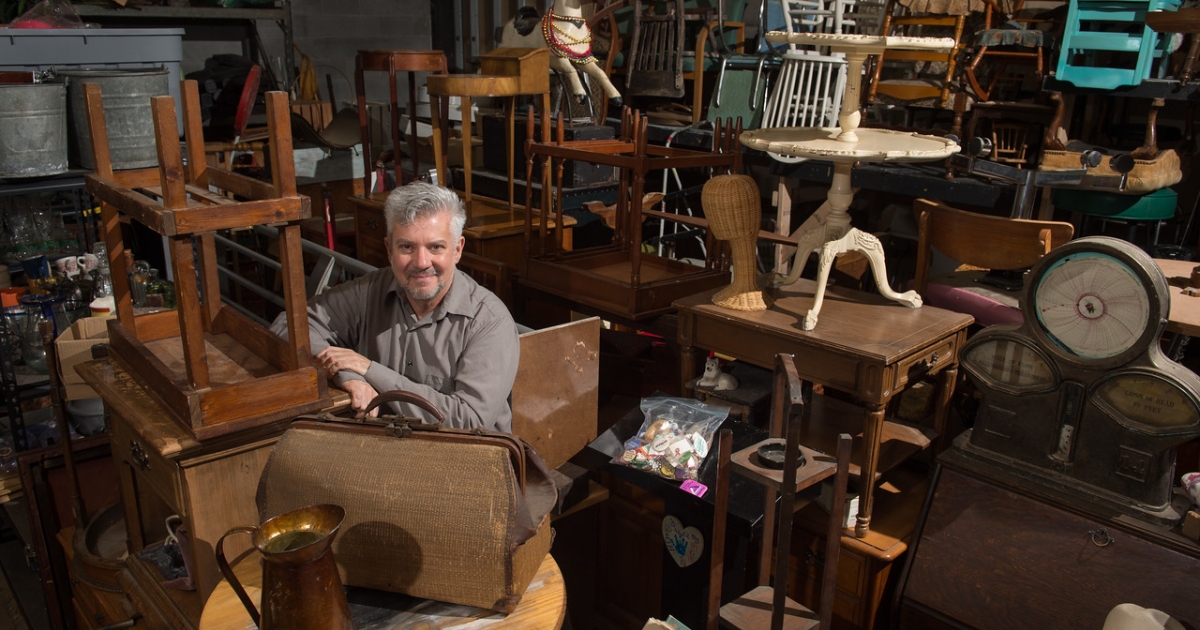 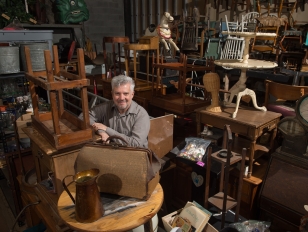