After Kelly Frothingham, ’94, ’97, associate dean of the School of Natural and Social Sciences (SNSS), lost her father, Walter Monahan (pictured below), to the coronavirus on March 25, her colleagues wanted to collectively express their condolences.

They considered purchasing restaurant gift cards for Frothingham, who lives in Kenmore with her husband and two children, and for her mother, Valerie Monahan, who lives nearby. For two weeks, they were in isolation together. Soon after Camille Holmgren, chair and professor of geography and planning, approached Frothingham about her preferences, she discovered her friend and colleague had arrived at a charitable idea of her own.

“As I was sitting down to e-mail Camille, a story came on the national news about local businesses providing hospital workers with food,” Frothingham said. “My mom and I knew my dad would love that idea. We were impressed with the care Dad received at Kenmore Mercy Hospital, and it would do our hearts good to know doctors and nurses, as well as local businesses, were being supported during this difficult time.”

Holmgren and Lisa Marie Anselmi, associate professor and chair of anthropology, immediately got behind the effort and spearheaded a collection effort within SNSS to purchase the meals.

So far, they have collected more than $2,400, which will enable them to purchase 360 individual meals from a local Kenmore business, Mike’s Subs. The restaurant is providing the meals at a reduced rate and will deliver the food to the hospital’s medical personnel, custodians, and receptionists during two shifts on April 21.

“I’ve been completely overwhelmed by the support I’ve received from so many people across campus,” said Frothingham, who joined the Geography and Planning Department in 2000 and served as department chair for nine years. She assumed the role of interim associate dean in January 2019 and was officially named associate dean last September.

“In addition to the donations, I can’t even count the number of e-mails, phone calls, and cards that I’ve gotten,” she said. “Everyone has been so kind and gracious. I’m beyond grateful.” Monahan, age 74, died 14 days after he first noticed what he thought was a bad cold. He was the second Erie County resident to die from COVID-19, according to an article in the Buffalo News.

After he tested positive for the virus and was placed in the intensive care unit (ICU), Frothingham and her mother were not allowed to visit.

“Not being able to be with a loved one while they fight this terrible virus is a nightmare,” Frothingham said. “But everyone we interacted with at the hospital was full of compassion and grace. The nurses and doctors in the ICU ‘Facetimed’ with us a few times to let us talk to my dad.”

During her father’s final moments, Frothingham, her mother, and her brother, Michael Monahan, were able to don protective gear and be with him. Since emerging from quarantine, they’re all healthy. Frothingham returned home to her husband and children. She’s also back at work, helping to oversee remote instruction and interacting virtually with her SNSS colleagues.

“People talk about Buffalo State being a family,” she said. “I’ve really felt that during this time.”

Holmgren noted that the fundraising effort is continuing. Their hope is to add another delivery after the one on April 21.

“We’d love to keep the effort going in the coming weeks,” Holmgren said. “We know they are going to be difficult ones for the medical community.”

Photos courtesy of Kenmore Mercy Hospital and the Monahan family 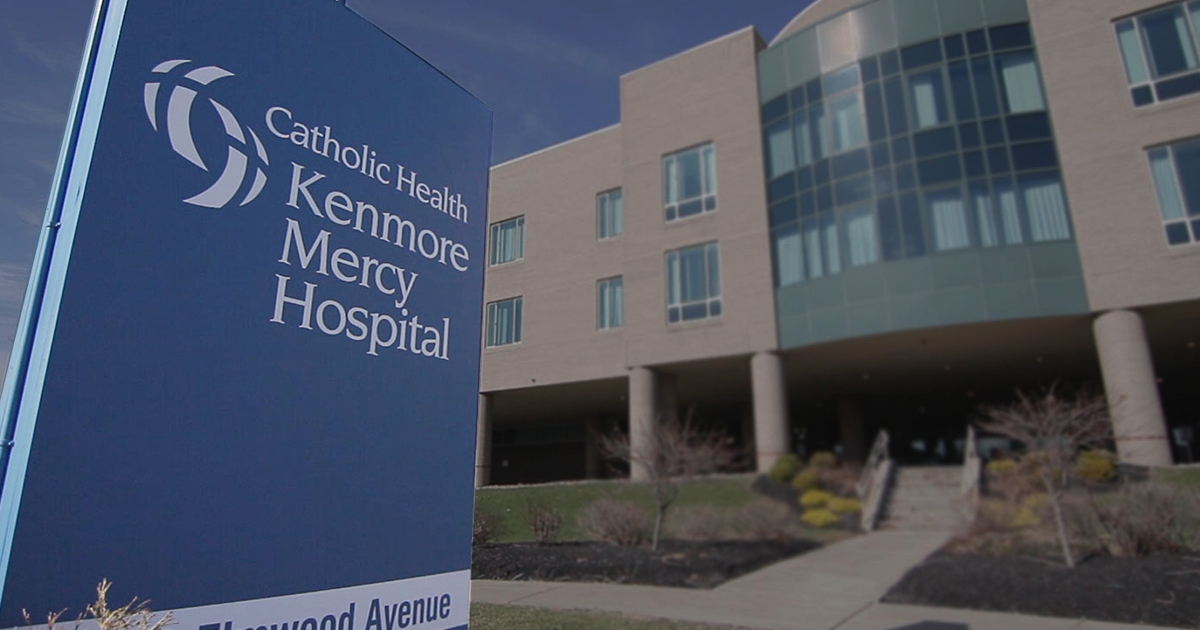 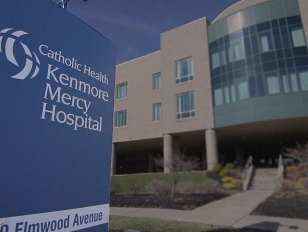