Growing up poor in the projects of Mobile, Alabama, Ron Stewart, professor and chair of the Sociology Department, knew at a young age that education was the way to get where he wanted to be in life.

After earning two graduate degrees from the Ohio State University and a doctorate from Howard University, and 30-plus years of teaching at Buffalo State College, Stewart is living proof that education pays off. It’s that idea that he strives to impress upon the students he teaches and mentors.

“I saw education as a vehicle where I could be upwardly mobile,” he said. “I’ve come a long way, and education has been that vehicle. I see students who come from similar backgrounds. Many of them are first generation, and many of them are looking for a way to get away from home. I use school and try to impart to them the advantages that an education can give, and how an education can change your life.”

Stewart started the African American Male Empowering Network (AAMEN) at Buffalo State in 1998, and continues to mentor students. The group aims to help African American males navigate college, and it works: Like Stewart, AAMEN's first president, Christopher St. Vil, earned his doctorate from Howard University and is now a tenure-track assistant professor in the School of Social Work at the University at Buffalo. Stewart keeps in contact with many of the students he’s mentored as they make their way through graduate and doctoral programs and on to their careers.

“They remain in my life,” he said, referring to past mentees. “I just care about students.”

His own road to graduation was difficult, Stewart said. He once hitchhiked over 200 miles on the highways of Alabama in his senior year to get from Mobile to Tuskegee University, where he earned his bachelor’s degree.

“When I reflect back, I shudder to think how stupid and crazy that Black guy on the highways of central Alabama—Klan country—was,” he said. “But I was committed to making this education stuff work.”

Stewart lets his students know up front that, like his path to Tuskegee, his classes won’t be easy and will involve a lot of work. He’ll challenge them, and hold them to a high standard. Some students are intimidated by his methods at first, but they usually come around.

“They work hard, and they learn to get their money’s worth,” he said. “Some students believe all the rumors they hear: that I’m tough, or that I don’t like this or that. But once they take a class with me, they come back and take all the others that they can.”

Stewart takes his discipline seriously, and wants his students to take sociology seriously, as well. There are no “blow off” classes with Stewart.

“I take as much pride—and I take my classes and my discipline as seriously—as a physicist or a chemist,” he said.

While Stewart can relate to students who come from tough backgrounds, he’s able to build rapport with all of his students. He tries to stay up on current trends in music and style, as well.

“I connect with all students when they come into my classroom,” he said. “I don’t see race. I don’t see color.”

In the more than 30 years he’s been at Buffalo State, Stewart has seen a lot of changes. Students today are different than they were when he first started, he said. It’s important to adapt and still be able to provide what students need. Sometimes that means helping students build up their “fortitude,” and helping them understand that they “have to have strength of character to deal with adversity,” he said.

“Hobbies are things you love,” he said.

Buffalo State offered Stewart his first teaching job as he was finishing up his doctorate, and while Buffalo is quite a bit different from Mobile, he said he wouldn’t change a thing. Two of his three children are Buffalo State graduates, and he loves the community.

About Ron Stewart
Ron Stewart holds a Ph.D. in sociology from Howard University. He joined the Buffalo State College faculty as an assistant professor in 1990. He was promoted to associate professor in 1996 and to full professor in 2006. With a primary interest in gender studies, Stewart focuses on the social and economic conditions confronting African American males in U.S. society. He is the author of African American Husbands: A Study of Black Family Life (December 1992: Wyndham Hall Press). 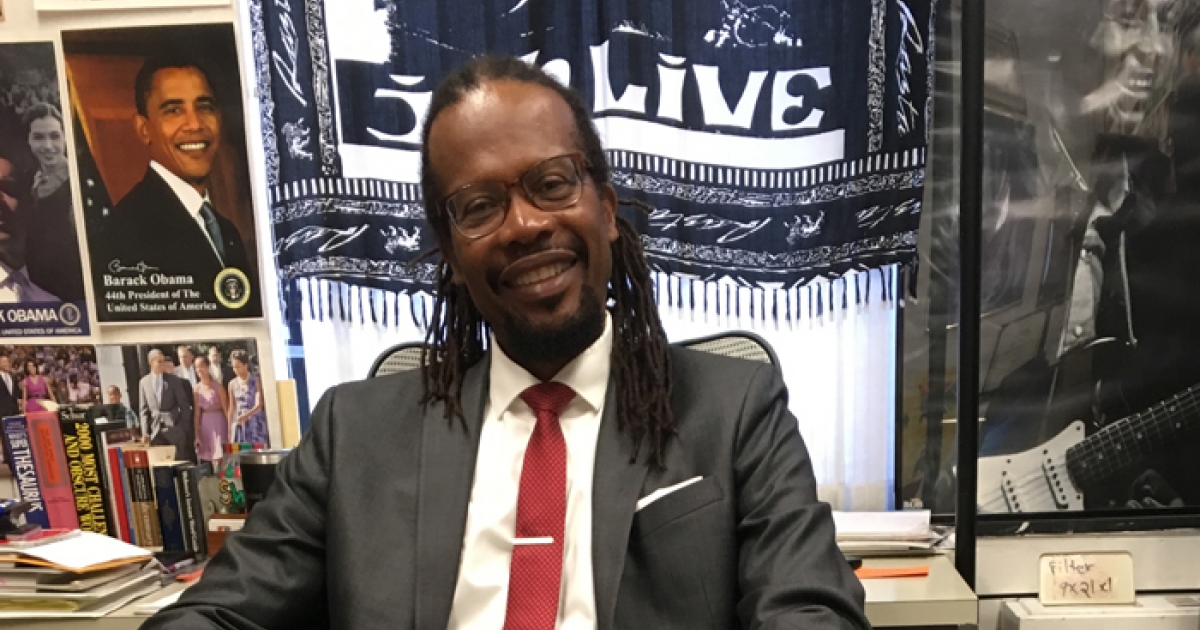 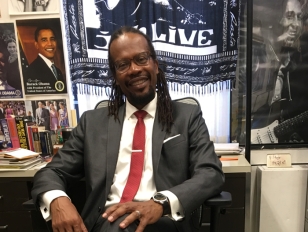