When Adrianna Aviles, ’20, transferred to Buffalo State College in 2017 as a junior, she had already overcome significant challenges.

Forced to live on her own beginning at age 13, Aviles kept quiet about the circumstances of her home life. She was afraid she’d have to leave Leonardo da Vinci High School and lifelong friends. It wasn’t until her senior year that she moved in with a relative.

Immediately after graduation in 2007, she enrolled at the University at Buffalo and then Erie Community College. But financial realities required her to work full time and discontinue her studies. For six years she worked in a restaurant, eventually moving into management and making a decent living. But Aviles knew she wanted the kind of opportunities a four-year degree would provide.

“I had the background in business,” she said. “I just needed the credentials.”

Aviles, who describes herself as “100 percent Puerto Rican,” chose Buffalo State for its diverse campus environment and its business program. While she had the acumen for business, she reframed her life in a completely unexpected direction after delving into her English classes.

“I always enjoyed writing but was never a creative writer,” she said. “I thought journalism and creative writing were the only options available—until I met Dr. [Lorna] Pérez, one of my advisers.”

“Having someone believe in you throughout all your endeavors is pretty remarkable.”

Rhetoric, in particular, resonated so strongly with Aviles that she added writing as a second major, graduated with dual degrees in business administration and writing, and is now pursuing a master’s degree in composition and rhetoric at Michigan State University.

“My long-term goal is to get a Ph.D. focusing on decolonizing rhetoric,” she said. “I’d eventually like to become a professor and teach students like myself.”

Pérez described Aviles as “an exceptional student who aggressively pursued her desired course of study.”

“Designing a series of independent studies with her professors and mentors was no small accomplishment,” Pérez said. “She also maintained a near perfect GPA in both her majors.”

Aviles doubted that she’d be on her current path if not for the support of professors like Pérez and Ninacs.

“I never really had family members who believed in me and supported me the way they did,” Aviles said. “Having someone believe in you throughout all your endeavors is pretty remarkable.”

“I wanted to participate in Siena, Italy, study abroad, but I didn’t think it was possible, seeing as I was already a junior and had taken my electives,” Aviles said.

Pérez worked with the chairs of the Business and English departments to map out a way for Aviles to take the necessary courses for her majors and study abroad. Aviles is grateful for their effort.

“It was an incredible experience,” she said.

Then, in summer 2019, she was awarded a research fellowship with Ninacs, studying the implications of standard American English on first-generation students and students of color. These experiences, combined with working as a teaching assistant with Pérez, mentoring students within the college’s Educational Opportunity Program (EOP), and serving as a member of the Buffalo State chapter of Sigma Tau Delta, the International English Honors Society, boosted Aviles’s confidence tenfold. By the time she was poised to graduate, she felt she had the gravitas to apply to a competitive graduate program.

“It’s an understatement to say that Buffalo State has transformed Adrianna,” Pérez said. “She went from a student who was concerned about her writing and her fit in college, one who sat in my office during every office hour, to a student who is a leader and a mentor to other students.”

Pérez believes that Aviles found her voice and her passion at Buffalo State.

“She went from someone who viewed college as a simple means to an end—a way to secure a middle-class, comfortable life—to someone who is deeply invested in education as a decolonial and social justice vehicle.” 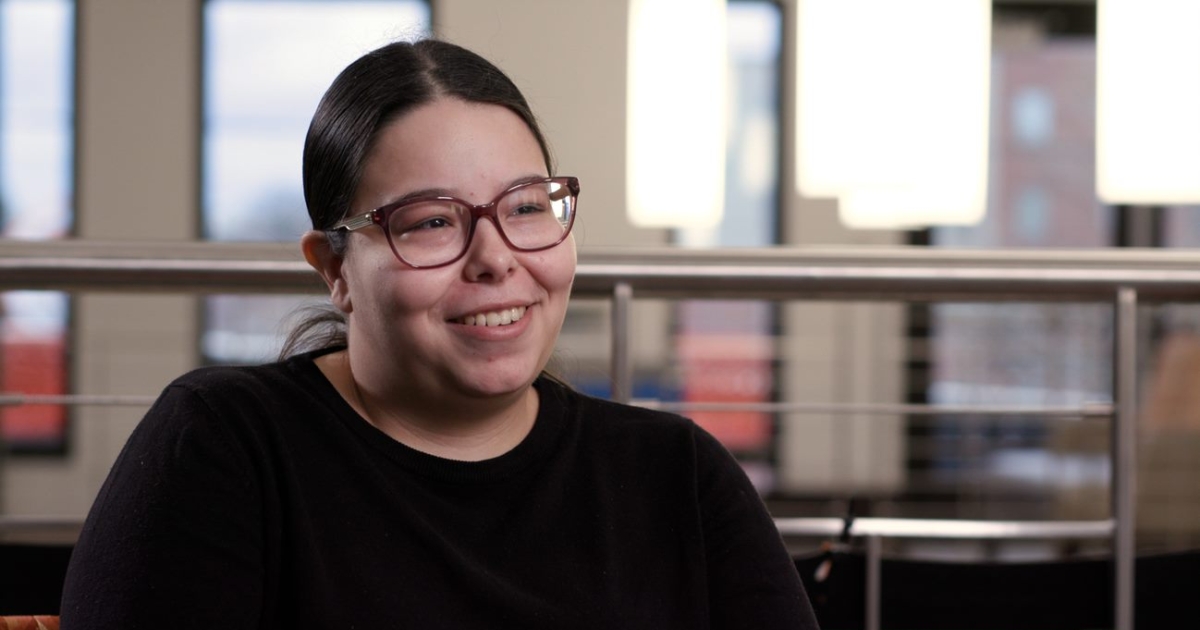 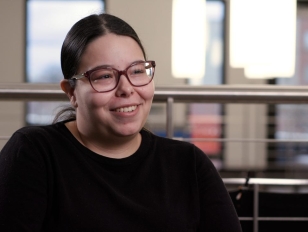