Joy Harjo, the 23rd Poet Laureate Consultant in Poetry to the United States Library of Congress, will receive a State University of New York honorary doctor of humane letters and deliver the Commencement address for SUNY Buffalo State College’s 149th Commencement celebration on Saturday, May 15.

The honorary doctorate is the highest form of recognition offered by the State University of New York to people of exceptional distinction who exemplify the mission and purpose of SUNY. Harjo’s recorded remarks will be included in the college’s virtual ceremonies, which will premiere on Buffalo State’s YouTube channel beginning at noon.

Harjo is serving her third consecutive term as U.S. poet laureate. She is the first Native American to hold the position and only the second poet laureate ever to be appointed to an exceptional third term.

“We are beyond thrilled that Joy Harjo will share her wisdom with our graduating students and their families, as well as others who are watching our Commencement ceremonies,” said Buffalo State President Katherine Conway-Turner. “Having a speaker of Ms. Harjo’s caliber is a bright spot during this time of profound uncertainty. She has produced a body of work that is expansive and impressive. In addition, Ms. Harjo has served as a trailblazer, an advocate, and a mentor for other Indigenous writers. I’m confident her words will inspire our students as they embark on their own creative journeys and careers.”

Born in Tulsa, Oklahoma, Harjo is a member of the Muscogee (Creek) Nation (Mvskoke) and belongs to Hickory Ground (Oce Vpofv). She left home to attend high school at the innovative Institute of American Indian Arts, which was then a Bureau of Indian Affairs school. She began writing poetry as a member of the University of New Mexico’s Native student organization, the Kiva Club, in response to Native empowerment movements.

She went on to earn her M.F.A. at the Iowa Writers’ Workshop and to teach English, creative writing, and American Indian studies at the University of California at Los Angeles (UCLA); the universities of New Mexico, Arizona, Ari­zona State, Illinois, Colorado, Hawaii, and Tennessee; and her alma mater, the Institute of American Indian Arts, while performing music and poetry nationally and internationally.

Harjo is the author of nine books of poetry, including her most recent, the highly acclaimed An American Sunrise (2019), which won the 2020 Oklahoma Book Award; Conflict Resolution for Holy Beings (2015), which was shortlisted for the Griffin Poetry Prize and named a Notable Book of the Year by the American Library Association; and In Mad Love and War (1990), which received the American Book Award and the Delmore Schwartz Memorial Award. Her first memoir, Crazy Brave, was awarded the PEN USA Literary Award in Creative Nonfiction and the American Book Award, and her second, Poet Warrior: A Call for Love and Justice, is forthcoming from W. W. Norton this fall.

She has published two award-winning children’s books, The Good Luck Cat and For a Girl Becoming; a collaboration with photographer and astronomer Stephen Strom; an anthology of North American Native women’s writing; several screenplays and collections of prose interviews; and three plays, including her most recent, Wings of Night Sky, Wings of Morning Light (Wesleyan Press), which she toured as a one-woman show.

She is the executive editor of the anthology When the Light of the World Was Subdued, Our Songs Came Through: A Norton Anthology of Native Nations Poetry and the editor of Living Nations, Living Words: An Anthology of First Peoples Poetry. The latter is the companion anthology to her signature Poet Laureate Project featuring a sampling of work by 47 Native Nations poets through an interactive ArcGIS StoryMap and a newly developed Library of Congress audio collection.

As a musician, Harjo performs with her saxophone and flutes, solo and with her band, the Arrow Dynamics Band, and previously with Joy Harjo and Poetic Justice. She has produced seven award-winning albums, including Winding through the Milky Way, for which she was awarded a Native American Music Award (Nammy) for Best Female Artist, and her newest album, I Pray for My Enemies. She has toured across the United States and in Europe, South America, India, Africa, and Canada.

In addition to serving as U.S. poet laureate, Harjo is a chancellor of the Academy of American Poets. She holds a Tulsa Artist Fellowship; directs For Girls Becoming, an arts mentorship program for young Mvskoke women; and is a founding board member and chair of the Native Arts and Cultures Foundation. She lives in Tulsa, Oklahoma.

Harjo's Commencement address is made possible through the generous support of Lee Ann Grace, Ph.D., associate professor emerita of modern and classical languages.

The baccalaureate ceremonies for Buffalo State’s School of Arts and Humanities, School of Education, School of Natural and Social Sciences, and School of the Professions will air at noon, and the ceremony for the Graduate School will air at 2:00 p.m.

Links for each ceremony and a commemorative program booklet will be posted on the Commencement website on May 15. 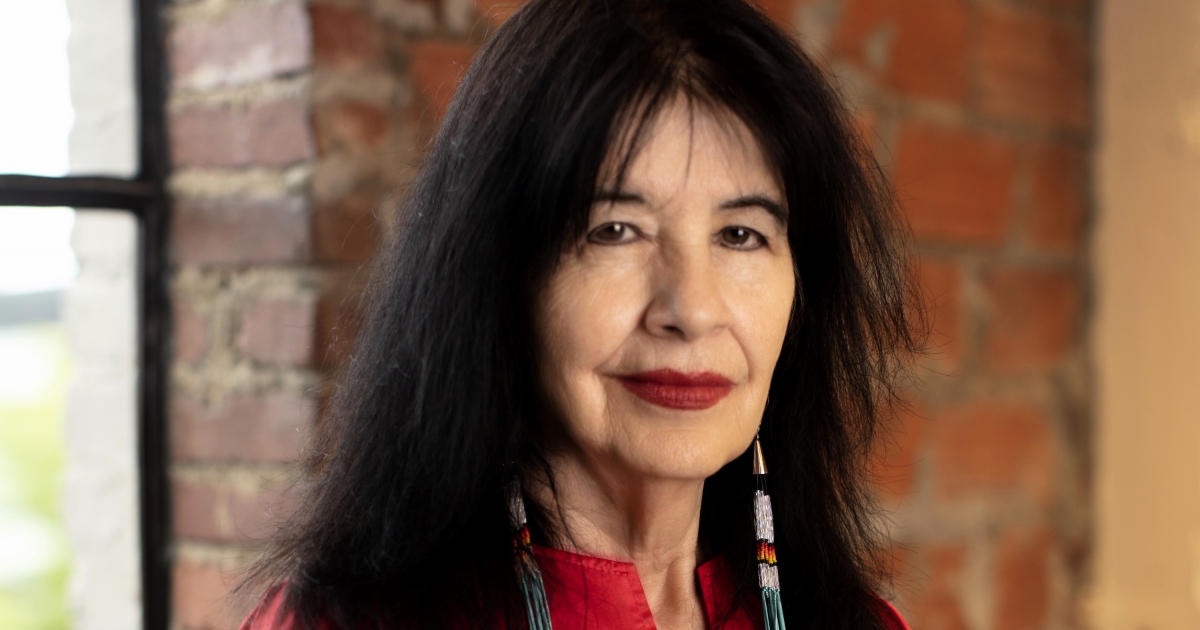 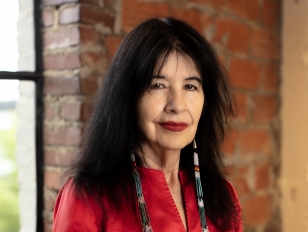