About 30 members of the Buffalo State College community gathered virtually to share their thoughts on police brutality, racism, and socioeconomic status, including how some of these issues have affected them personally, during a Restorative Justice Community Circle on June 18.

“Many of our students and staff have been directly impacted by hundreds of protests and riots related to the recent deaths of Ahmaud Arbery, George Floyd, and other victims of police violence throughout the country,” said Janelle Brooks, assistant dean of student conduct and community standards (SCCS), who organized and led the community circle with her SCCS team. “We wanted to offer a space for individuals to speak with us directly about the impact these events are having on them and discuss how we can best support them.”

SCCS, in collaboration with the Residence Life Office, began offering monthly community circles in September 2019 to celebrate student connectivity and support dialogue around selected topics. Those came to a halt in March, when the campus had to shut down because of the pandemic.

Brooks and Samantha Quinn, assistant director of student conduct, and Jasmine Foster, student conduct coordinator, posed questions to the group such as, “What has been the hardest thing for you regarding the current state of our nation?”

Marcus Watson, who just completed his first year as assistant professor of individualized studies and Africana studies, provided a poignant answer: “The hardest thing is believing that real change is going to come. I’ve seen some evidence that it could, such as activists on the street representing more diversity than in the past.”

At a time when members of the Black Lives Matter movement and others are challenging how people of color, especially men, are pulled over by police at a much higher rate than their white counterparts, Watson described life for black men as living in a constant state of “psychological pulling over.”

“I’ve mastered a way to walk differently, especially when I’m around white people who may be fearful,” he said. “I always feel like I’ve done something wrong even though I haven’t. In the African American community, we call this the ‘black tax.’”

“I always feel like I’ve done something wrong even though I haven’t. In the African American community, we call this the ‘black tax.’”

Buffalo State student Otisha James said, “As a young black woman, one of the hardest things is getting your point across and having people view it the way you want them to view it.”

Later in the conversation, answering a question about experiencing injustices, James said, “I haven’t had harsh experiences with injustices. Buffalo State is a very inclusive school, but I’m from New York City, so I’m very cautious due to the way I look.”

“I have three young children and want to educate them on white privilege and what racism is,” said Michael Cox, assistant director of residence life. “It’s been a struggle to explain to them, but I want them to know how they can be supportive of their peers, even at a young age.”

“African American students have told me this kind of reaction fills them with a lack of hope and feeling that nothing will change,” he said, adding that this difficult time provides a great opportunity “to use new tools, new vocabulary, and new structures to address these problems. This will require great things of us, and I’m grateful that I work on a campus willing to do that.”

Young noted that really listening to students is one way to help.

“As an office, we can be allies,” she said, “referring them to someone who will stand by them when they want to take action or just listening to what they are saying.”

Carey also noted that one of the ways UPD supports students is by listening and engaging with them in a positive way.

Rodriguez said she plans for the Equity and Diversity Office to take a more active role in addressing racial disparities and feelings of marginalization.

“I’d like to add more people to the Equity and Diversity Committee, and I’d like to bring in more outside speakers,” said Rodriguez, who was recently named chief diversity officer and assumed her new position June 15. “Many difficult conversations need to be had,” she said, “but that is where we’ll see change, when we have dialogues, bring dynamic people to campus, and reach out to get the student perspective.”

After the community circle call, Brooks said she thought the comments and dialogue were timely and respectful.

“There is space to continue this conversation as we move forward to the fall semester,” she said.

The next Restorative Justice Community Circle will be held in mid-September, either virtually or in person, depending on public health guidelines at that time. It will focus on the upcoming presidential election and voting.

To participate in the September event or any community circle, please visit the Restorative Justice website or call 878-3051. 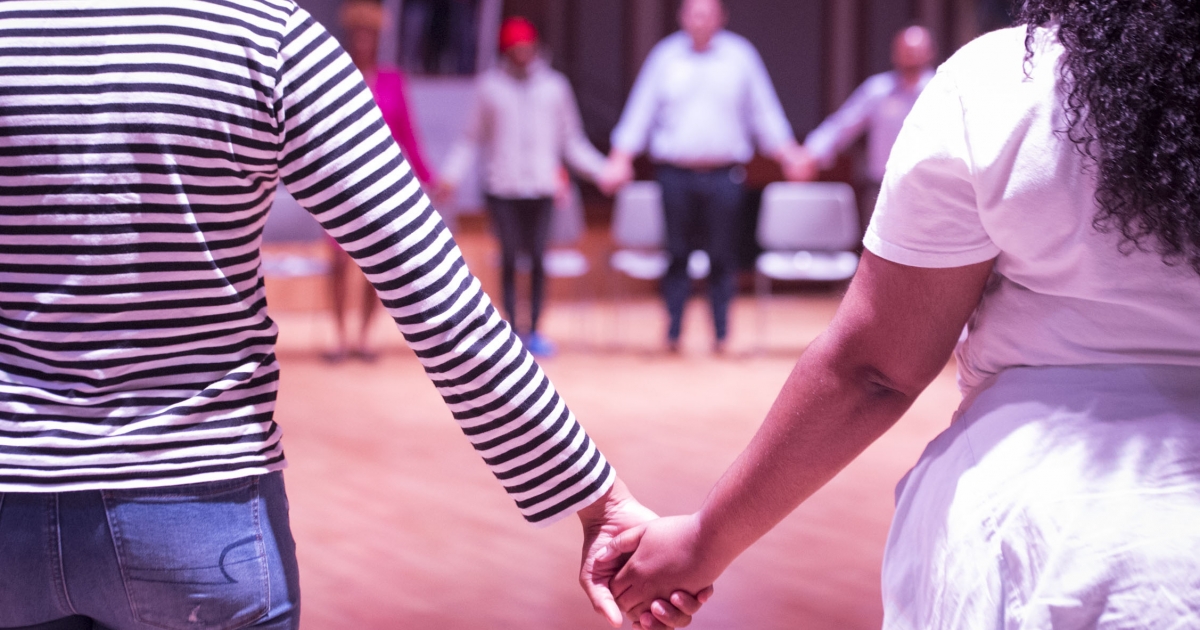 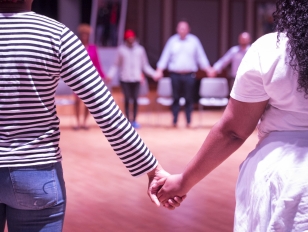