Long before music websites, blogs, and social media accounts provided a means of instant communication, fanzines—or zines—were one of the few ways for aspiring rock writers to get published.

In the early to mid-1970s, Buffalo State College provided a supportive environment for students who embraced a do-it-yourself ethic to detail the burgeoning new music—punk, glam, and new wave—that was largely ignored by the mainstream press. With funding from United Students Government, two influential zines—the Shakin’ Street Gazette (SSG) and Foxtrot—were published and distributed throughout the city.

“We were the savage punk rockers of Buff State who wrote about the music that was so important to us at the time...and still is,” said musician, author, and Foxtrot co-founder Bernie Kugel, ’81. Today, original copies of the Buffalo State zines are highly sought-after and fetch a hefty price in collectors’ circles. To ensure that this important piece of the college’s legacy will not be forgotten, original contributors Kugel; USG Press Services director David Meinzer, ’75; and Philip Bashe, ’76, have donated original copies of all editions of both publications to E. H. Butler Library’s Archives and Special Collections.

“We’re very strong in music collections, but there’s nothing like this from a pop-culture perspective,” said Daniel DiLandro, Butler Library’s head of archives and special collections. “Now we have a publication that Buffalo State produced from an era that really proved the immediacy of history.”

SSG and Foxtrot not only included Buffalo State writers but also boasted contributions from some legendary, nationally known music scribes. Lester Bangs, the granddaddy of gonzo music journalism, offered up his treatise “How to Be a Rock Critic” in SSG’s pages. Bangs was portrayed by Philip Seymour Hoffman in the 2000 film Almost Famous, Cameron Crowe’s cinematic love letter to rock writing, which included a picture of the SSG article in a montage scene.

“Like anything with a strong personality, Shakin’ Street had its detractors on campus,” Meinzer said. “But we also had strong vocal support among both students and faculty.”

The publications’ benefit to students will continue with the new archive. “We get a fair amount of work-study students and internships from the museum studies and history programs,” said Hope Dunbar, Butler Library’s special collections archivist. “We usually set them up with a physical project and a digital project, so they get experience in both.”

The SSG digital archive holds a treasure trove of passionate, often hilarious rock writing. Both reflective of its time and a paean to the freewheeling spirit of the generation that proceeded it, the collection is an important addition to the annals of music writing. 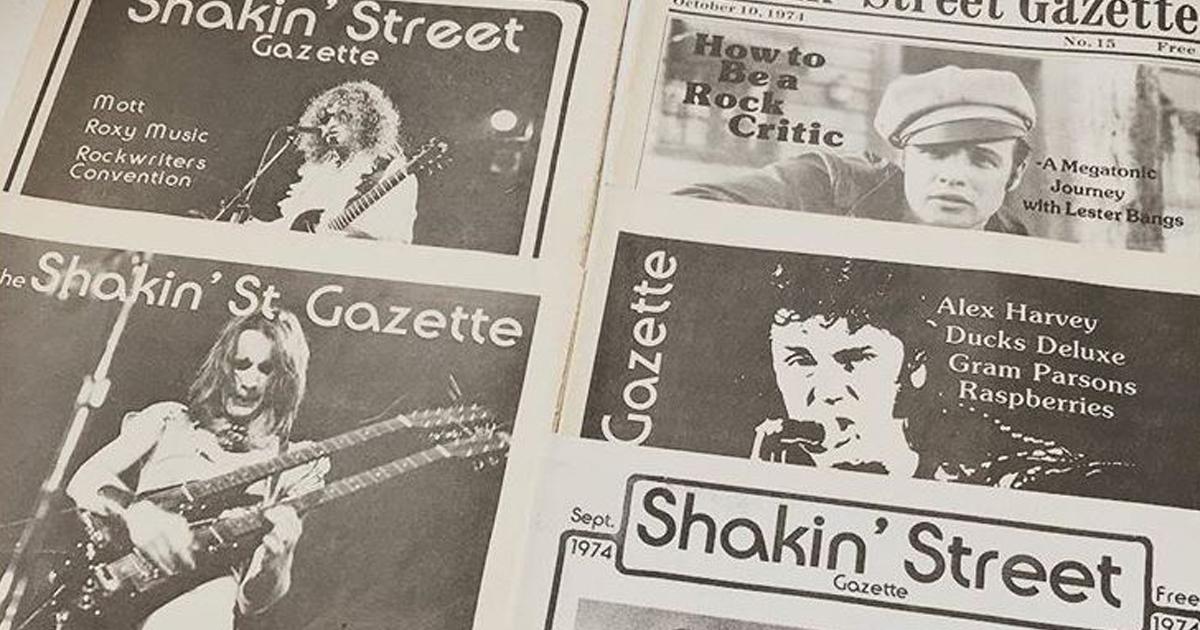 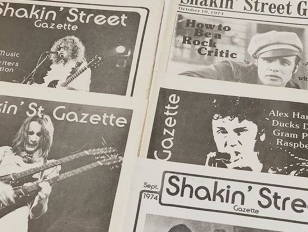