The Music Department at Buffalo State offers one of the most rigorous music programs in the United States. Our music education majors are immersed in hands-on teaching experiences that help them hone their teaching and performance skills before graduating.

In addition to having an obvious love for music and passion for teaching an instrument, leading a chorus, and teaching young children music theory, we believe music teachers must have a willingness to work with children at all talent levels and temperaments, and an abundance of patience, a high energy level, and a health sense of humor.

The graduate program in music education at Buffalo State is designed for the music teacher who already possesses an initial teaching certificate and a bachelor's degree in music education from an accredited institution. Ours is the only completely online master of music program with the State University of New York system.

Master of music education graduates are prepared to continued building their careers in general, vocal, and instrumental music in New York State schools in pre-kindergarten through grade 12. Our recent graduates have landed teaching positions in Western New York, New York City, Arizona, California, and beyond.

Other Professional Positions for Music and Music Education Graduates: If the classroom isn’t for you, there are many other career options. Graduates end up teaching music in research institutions, government agencies, community centers, and private tutoring companies.

Dedicated Music Suite:  A residential living experience available to music majors who would like to live and learn together. Located in the center of campus, the suite is equipped with a practice room and a digital piano.

The Klein Digital Music Studio:  This studio located on the third floor of Rockwell houses the Digital Music Ensemble, a group that performs exclusively with computers and state-of-the-art electronic music instruments and controllers.

Recital Opportunities:  Students get additional performance experience during the year in solo and group recitals.

Research and Study Abroad Opportunities:  Music majors have pursued study programs in Ireland and the UK, Italy, Spain, and Africa.

Real-life Experience: Music education students enjoy plenty of real-life experience prior to graduation, including three field experience courses. These experiences help them gain experience in a wide variety of subjects, including band, chorus, and general music.

Internships: An extensive music education internship program places students in a wide variety of sites in the vibrant Western New York arts community. Music majors may intern at multiple sites in order to sample diverse aspects of the arts industry.

You Can Make a Difference

Do you have a lifelong passion for music, and the desire to share that passion with others? Are you patient and good with kids? Are you adept at setting goals? Buffalo State’s Music Education program might be right for you.

Our music faculty are internationally recognized and committed to giving students the pedagogical and musical skills they need to succeed in a modern music classroom.

Students have the opportunity to develop their teaching skills with real students in urban, suburban, and rural schools.

Multiple scholarships are available for music education students, ranging from $500 to $3,000 per academic year and renewable for up to four years.

We Have a Digital Music Minor

Upon completion of two full-time semesters and adequate grades, students in in the BA music program may apply or re-apply for admission to the music education program. 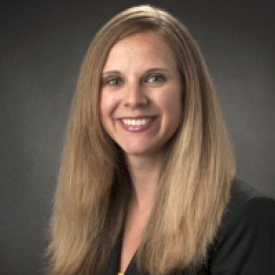 “Once you sit on the floor with a child and help him or her develop musically, you know why you are working.”
Kerry Renzoni Associate Professor, Music