Jeremiah Simon may be only 16 years old, but he’s already figured out a career path, entered Buffalo State College this fall as a freshman—and been awarded the college’s $10,000 George Floyd Memorial Scholarship.

None of this might have happened if he hadn’t posed a question to a member of Congress in 2019. After hearing a congresswoman who represented Simon’s Brooklyn, New York, district speak at a lecture, Simon asked her why she voted for the 1994 Violent Crime Control and Law Enforcement Act.

“She said she didn’t remember voting on it,” Simon said. “I couldn’t believe she forgot such an important piece of legislation.”

In Simon’s view, that law resulted in great harm to people of color, who have been disproportionately sent to prison for low-level drug offenses. Some of these affected individuals lived in his community. The exchange with the congresswoman made such an indelible impression on Simon that he relayed it in the personal essay he submitted as part of his Floyd Scholarship application.

“Through his essay and other application materials, we were impressed by Jeremiah’s thoughtfulness, passion, and intelligence,” said Crystal Rodriguez-Dabney, Buffalo State’s chief diversity officer. “He obviously has given great thought to the crucial issue of racial inequality in the criminal justice system and how it has a ripple effect throughout society.”

Simon is the second Buffalo State student to receive the Floyd scholarship. The first, Sencere Jones, received the award in 2020, when Buffalo State became one of the first colleges in the country to respond to a national challenge to establish a George Floyd Memorial Scholarship Fund, dedicated to social justice in honor of its eponym, George Perry Floyd Jr. Floyd was killed in an act of police brutality in Minneapolis, Minnesota, on May 25, 2020, that sparked global outrage and widespread demand for social change.

The endowed scholarship provides one incoming freshman each year with a $10,000 scholarship that is renewable over four years. Applicants must demonstrate, through their application essay and letters of recommendation, their commitment to racial and social justice, as well as how the scholarship will help them bring about change and continue to combat systemic racism by promoting the inclusion of all individuals.

“Jeremiah Simon epitomizes the same passion for social justice that Buffalo State embraces, and I’m sure he will make great contributions to the college both in and out of the classroom.”

“I’m extremely proud that I was chosen for this scholarship,” said Simon, who was alerted to his win during a Zoom meeting with his Buffalo State academic adviser in August. During the call, Buffalo State President Katherine Conway-Turner made a surprise appearance and presented Simon with the news.

“I’m delighted that we are able to offer a generous scholarship to Jeremiah,” Conway-Turner said. “He epitomizes the same passion for social justice that Buffalo State embraces, and I’m sure he will make great contributions to the college both in and out of the classroom.”

Simon noted that the scholarship will help his family and him tremendously.

“I was worried about the cost of college and have always tried to save as much money as I could,” he said. “Now I have more choices, such as possibly accepting an internship that doesn’t pay as much or at all, but will be good experience.”

Simon definitely has ideas for how he would like to bring about societal change. In his essay, he expounded on the answer to his question about the crime bill.

“It dawned on me that the media, journalists, marketing strategists—anyone who controlled what we viewed and how we consumed information—were the ones who had full control of how we viewed the world. Knowing this, I set out to learn the skills that would allow me to be part of the group of individuals who are able to influence others.”

He decided to major in public relations and advertising at Buffalo State and is considering a career as a communications director or press secretary.

Simon, who earned enough credits to graduate from high school a year early, served as president of his Boerum Hill School for International Studies class from ninth through 11th grade. He also served as chapter president of High School Democrats of America and as a member of Students and Educators for Equality. In addition, he worked for the New York City Department of Education, planning the annual youth summit and serving on the communications subcommittee.

“I was deciding what people were seeing and how they were viewing information,” he said. “I knew that the skills I was learning could be used long after high school.”

He has his opportunity now at Buffalo State.

“I feel certain that Jeremiah will soar to great heights here,” Rodriguez-Dabney said. “In his young life, he’s has already accomplished such amazing things.” 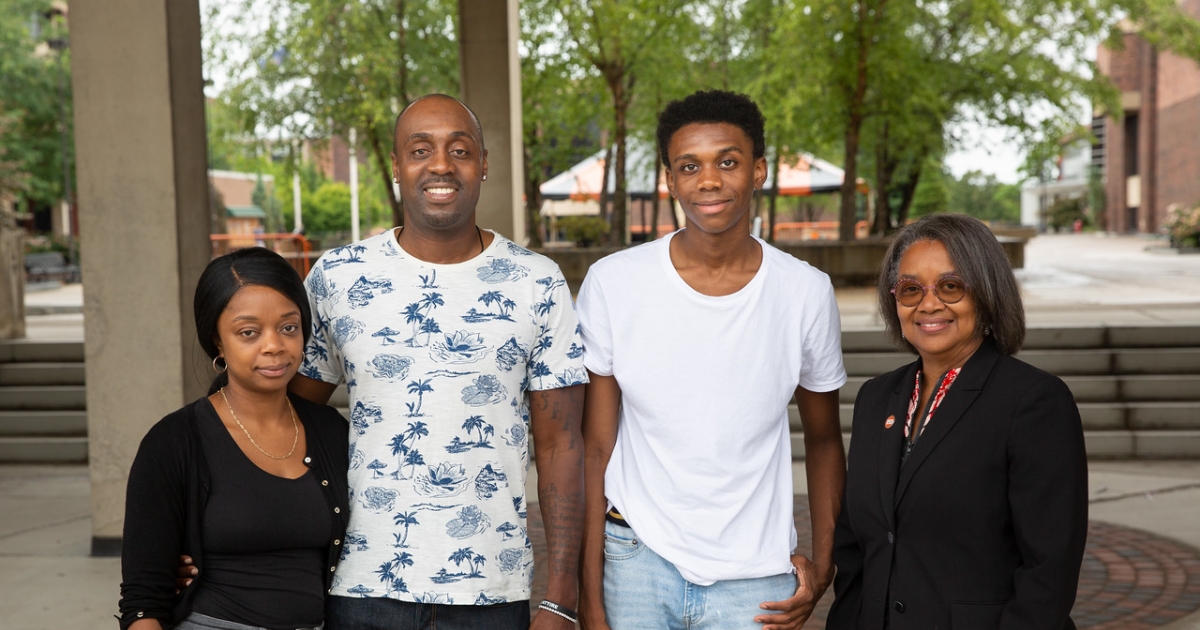 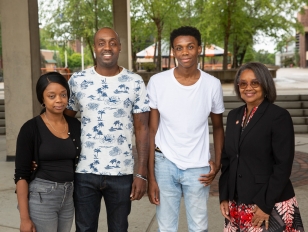