Buffalo State College psychology major Chris Jackson epitomizes the idea of jumping into college with both feet, even if that jumping occurred during a worldwide pandemic.

For Jackson, a transfer student and first-semester junior, involvement with Buffalo State meant showing up to all his virtual classes and team practices, following up with phone calls when necessary, and heading to campus on occasion. Through the latter effort last spring, he got to know the faculty, staff, and students involved with the Muriel A. Howard Honors Program, housed in the South Wing of Twin Rise.

“I contacted Chris early in January as a new transfer honors student to talk about the program and course needs,” said Amy McMillan, professor of biology and director of the honors program. “I then invited him to visit us safely in our computer lab space. He joined our Ambassador Program so he could meet other honors students and make some connections, and he immediately volunteered to help out around the office in between classes.”

This included assisting with a mammoth mailing project, said Celestine Simmons, the administrative assistant in the honors program office.

“There were days, quite honestly, that I don’t know what I would have done without him,” Simmons said. “One of the things that impressed me most is when I was busy, and a student would come into the office, Chris would volunteer to assist without being asked. He treated all the students with respect. He has been and continues to be an unexpected asset.”

When Jackson transferred to Buffalo State from Erie Community College, he knew only one other student. By April, he knew many more. He got involved not only in the honors program but also in the Rotaract Club, InterVarsity Christian Fellowship, the Psychology Club, and the Bengal Experience and Transition (BEAT) Team, which helps incoming freshmen and transfer students become familiar with the college. Even though he’d never rowed before, he decided to give the Rowing Club a try. Jackson said it’s been a fun experience where he’s gotten to know friendly students and coaches.

“One of my biggest accomplishments so far has been reaching out and opening up with my classmates and teammates,” Jackson said, adding that he would advise other transfer students and freshmen to get to know the campus by simply getting involved. “Don’t be afraid to talk to people or try new things. And if you need help figuring things out, ask.”

Describing himself as having poor social skills in early adolescence, Jackson said he blossomed under the encouragement of a high school teacher and a couple of friends at Cleveland Hill High School in Cheektowaga, New York.

Encouragement and positive feedback have continued to boost his self-confidence at Buffalo State. Jackson pointed to several individuals on campus who have believed in and encouraged him, including, along with McMillan and Simmons, Stephen Bellus, lecturer of psychology; Jean DiPirro, associate professor of psychology; Naomi McKay, assistant professor of psychology and adviser to the Psychology Club; and, Shawnté Wilson, associate director of Student Leadership and Engagement, who oversees the BEAT team.

Now, Jackson is contemplating a possible career as a school counselor, where he could help students struggling socially, emotionally, or academically.

“Don’t be afraid to talk to people or try new things. And if you need help figuring things out, ask.”

To gain more experience and explore other career options, he applied for and landed an internship at Compass House in Buffalo under the supervision of Jill Norvilitis, professor of psychology. Beginning in the fall, he’ll work directly with homeless and runway youth between the ages of 12 and 17 who live there.

“He’ll serve as a role model and sounding board for the residents,” Norvilitis said. “He’ll also learn to conduct intakes and answer the hotline.”

Next fall, Jackson will also serve as president of the Psychology Club, where he hopes to establish a group of like-minded people, both majors and non-majors, who will support each other and have fun.

“I can’t wait until next semester,” Jackson said. “I know there will be more opportunities when we can meet in person. I’m ready to hit the ground running.”

McMillan said she has no doubt that will happen.

“Chris is outgoing, friendly, helpful, and just an overall great student,” she said. “I look forward to being in person in the fall and having his involvement.” 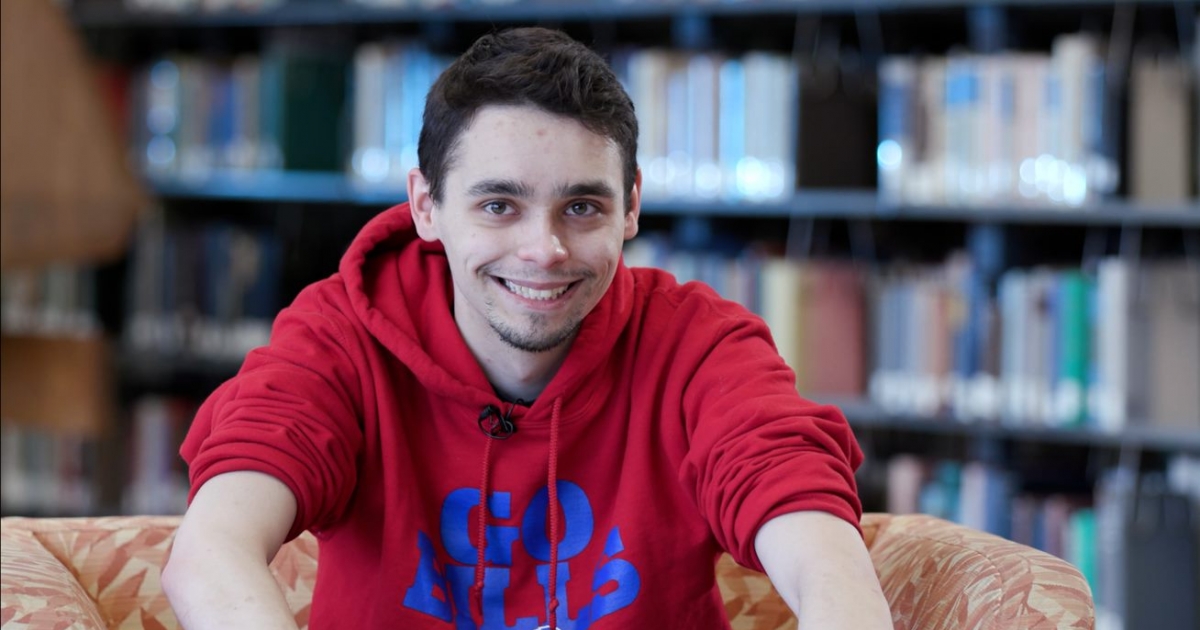 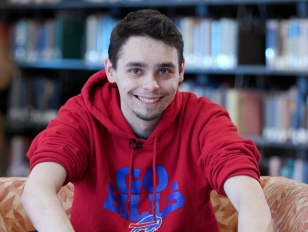