When Chad Williams graduated from Buffalo State College with an economics and finance degree, he was already a budding entrepreneur. He created a business plan and prototype clothing business, dooProcess, which espouses social justice through clever T-shirts and hoodies.

Williams qualified to compete in the statewide New York Business Plan Competition after earning second place in the Consumer Goods and Services division at the regional level.

“dooProcess, a spinoff of the legal term that refers to fair treatment through the judicial system as a citizens entitlement, is a streetwear brand for people that are sick and tired of the social injustices that happen in the U.S daily,” Williams explained. “With the company, we create clothing that is not only aesthetically pleasing but also has an underlying meaning to it through its designs.”

For instance, one design portrays Trayvon Martin, the unarmed black teen who was shot and killed by vigilante George Zimmerman in 2012 while walking home from a convenience store in Sanford, Florida. The image (shown above), designed by Buffalo State student Jaclyn Chuchanis, includes a can of juice and a box of Skittles, the two items Martin was holding when he was shot.

“With the company, we create clothing that is not only aesthetically pleasing but also has an underlying meaning to it through its designs.”

Williams said he knew little about designing logos and images when he started, so he approached students within the college’s graphic design program, and five got on board.

He also conducted extensive market research and figured out the demographics not only about who might be interested in buying his clothing, but also about the racial discrimination, imprisonment rates, and caseloads and pay for public defenders.

Williams understands the mix of all these factors firsthand.

While out with friends in downtown Buffalo during his junior year, the New York City native was wrongly accused of assaulting an Uber driver. He spent a night in jail and subsequent weeks going to court. He rarely heard from his public defender, despite numerous calls and e-mails.

Williams said he believes his accusation was a case of mistaken identity, based on his skin color. The charges were eventually dropped, and Williams was inspired to create dooProcess, not just as a business but as a cause.

“That experience motivated me to try and make change in a system where an innocent man could be put in jail for a crime he did not commit due to a lack of due process,” he said.

Williams was also inspired by the 2012 book Start Something That Matters, written by Blake Mycoskie, founder of TOMS Shoes, about his decision to donate one pair of shoes to a child in need for every pair purchased.

Williams decided to donate 15 percent of his total revenue to a defense fund.

“I know from my own experience that public defenders are overwhelmed and underpaid,” he said. “I want to make sure what happened to me doesn’t happen to anyone else.”

Getting Help at Buffalo State

“Chad is an amazing, persistent, and passionate human and entrepreneur,” Loera said. “I’m so proud of him for doing all he has to make it to this level.”

Businesses in the competition must aim to solve some integral problem. This is why Williams feels he has a good chance of winning.

“I’m not aware of another clothing brand that is doing something for social justice,” he said.

However, he pointed out that even if he doesn’t win the statewide competition, the entire experience has been a good one and may lead to other opportunities.

“One of the judges from the regional competition said he wants to help me move to the next level,” he said. “This is a great networking event.”

He’s hoping he can enable people to speak up for social justice simply by donning a T-shirt or hoodie with a profound message. 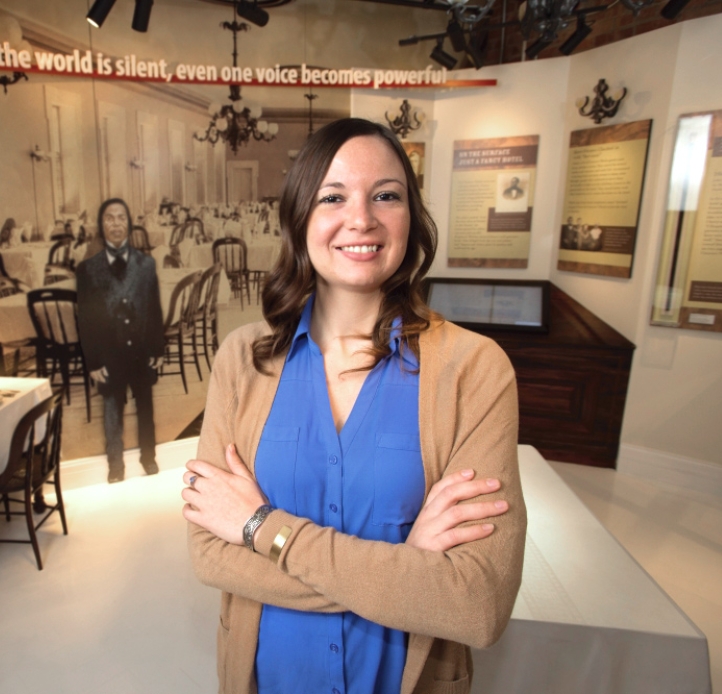