Kyle Bradstreet, ’02, ’04, is among the lucky few who discover their passion by taking risks and making chance connections.

Bradstreet had always been the creative type, pursuing music at the beginning of his undergraduate career at Buffalo State.

“I got my start on Elmwood Avenue in a band [with classmates] as a rhythm guitar player who couldn’t sing very well…most of the time all of the money we made from our gigs went to the night’s bar tab,” said Bradsteet, who is now an executive producer and writer for the USA Network series Mr. Robot.

Bradstreet—who has received Emmy, Golden Globe, and Peabody awards for his writing—spoke to aspiring student filmmakers at the SUNY-Wide Film Festival held at Buffalo State last month about “making it.”

During his sophomore year, Bradstreet and his bandmates bought a new PA system, a purchase that maxed out their credit cards and drained their student budgets. Bradstreet had been writing short scripts as a hobby and decided to submit his work for a Buffalo State undergraduate summer research fellowship to earn some extra cash.

“I had already started writing short film scripts when I heard about the $3,000 grant. I won and was able to pay off my portion of the PA system and still have enough money to buy a film camera and other equipment,” he said. “Although it was naive at the time, I honestly never thought you could make money as a professional writer before.”

Bradstreet, who enrolled in college with the intention to become a secondary-education teacher, pursued English and theater so he could hone his technical writing and get exposure to the creative/logistical aspects of filmmaking. He also became an “honorary member” of Casting Hall, Buffalo State’s student-run theater production company, and began writing scripts for its performances.

“I worked closely with many members of Casting Hall in both casting and production on short films,” said Bradstreet.

He continued his education by enrolling in Buffalo State’s master of multidisciplinary studies program, which allowed Bradstreet to strengthen his creative writing with more English and theater curricula.

“When you see that final product—your words, your camera direction—you realize it’s all worth it.”

Bradstreet was approached by a theater professor who asked if his car worked: “I thought to myself, well, I have a ’97 Dodge Neon but it technically runs…,” he said.

Bradstreet was posed the question because New York City-based Tom Fontana, ’73, needed a ride from the Buffalo airport to campus every week that semester to teach one of Bradstreet’s graduate courses.

As a result of their weekly commute, Fontana became a mentor and close friend.

“We would talk about life, writing, and television,” said Bradstreet. “The most important thing Tom did was hold me accountable and instill the importance of writing every single day.”

After graduation, Bradstreet moved to New York City and worked as a production assistant on several of Fontana’s TV series.

“By the time I was in New York, I had already formed the habit of writing every morning,” said Bradstreet, who still writes as a part of his daily ritual.

Several years into working for Fontana, Bradstreet was offered an apprenticeship to write an episode for one of Fontana’s shows. “Write as much and as often as you can so when the opportunity comes when someone asks for some of your material you are prepared,” he said.

Eventually, Bradstreet got the call that all professional writers dream of receiving.

“Tom told me he wanted me to be a staff writer on his show [the Philanthropist] and that I started the next day,” said Bradstreet. “There’s no better feeling than knowing that you are officially getting paid to do something you love—I finally felt like I’d made it.”

Along with Mr. Robot, for which he has received Peabody, Golden Globe, and Writers Guild of America awards, Bradstreet has worked as a writer on Berlin Station (Epix), Copper (BBC America), and Borgia: Faith & Fear (Netflix).

What It Takes to Succeed

Bradstreet told students that working in the entertainment industry requires perseverance and grit.

“You have to be crazy to want to work in this business—it’s not nearly as glamorous as what you read about,” said Bradstreet, who recalls 90-hour work weeks, hitting double-digits of espresso daily, and filming in temperature extremes like -13°F and 115°F.

He said the payoff comes when you finally see your work onscreen or onstage.

“When you see that final product—your words, your camera direction—you realize it’s all worth it.” 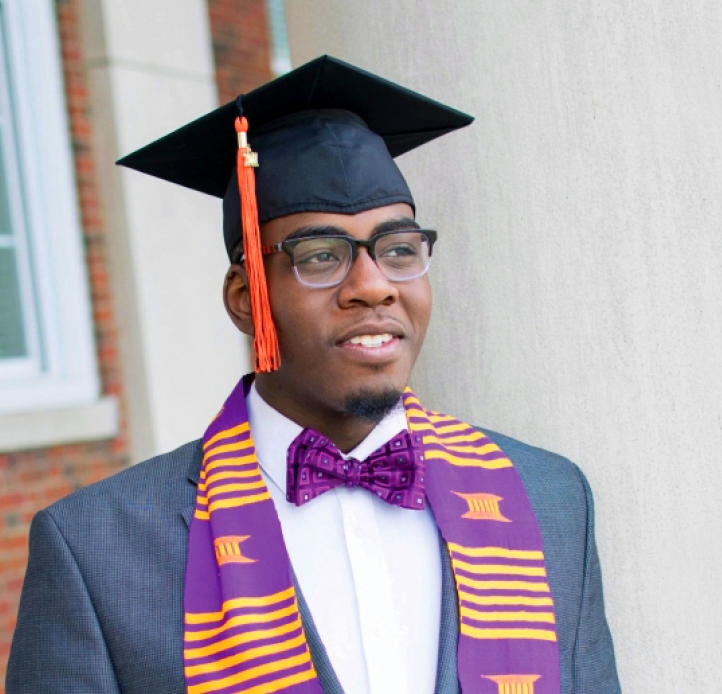