When Taylor Seymour started visiting colleges as a high school student, she found that many admissions officers talked about their programs, but not about how those programs would fit with her interests. When she first set foot on the Buffalo State campus, however, she met professors who answered her questions and explained how each major she was considering would work for her.

The Brooklyn native has two majors—philosophy and English—that not only fit her abilities but also capture her imagination.

She is excited to go class, has maintained a 3.8 grade point average, is the recipient of the Gilmour and America Thomas Scholarship, and has earned accolades from professors.

“Taylor is insightful and curious,” said Jason Grinnell, associate professor and chair of philosophy. “I admire both her perseverance and her genuine commitment to getting the most she can out of every opportunity.”

Philosophy is a great major to pair with another, Seymour said, and the department was flexible while she trying to figure out what that might be.

“I was able to take psychology and education courses and see what other major to pursue,” she said. “English was the best fit and the one I enjoyed the most.”

Being Challenged through Involvement

She’s also gotten involved in campus organizations complementary to her majors. These include the college's Mock Trial team, which engages in competitions against other schools, and the philosophy program’s Ethics Bowl, which is a club and a class where students debate how to solve current issues.

“It is one of my favorite clubs because I get to hear other people’s opinions,” she said, “and I get to challenge my own beliefs.”

One of her crowning achievements was being elected president of Phi Sigma Tau, the honors philosophy society, last spring.

“We are a group of students who really just want to help other students in the community,” she said. “Last year, we did a Thanksgiving food drive for Buffalo State’s student food pantry.”

Connecting with the Community

This type of work comes full circle for Seymour, who grew up in a family that struggled financially. An even greater hardship was that they didn’t provide adequate emotional support while she was growing up.

“I often had to take care of myself because every adult was busy being dysfunctional in their own way,” she said. “I was making adult decisions at a very young age because no one else was doing that for me.”

Now, Seymour is connecting with children who have their own challenges through a part-time job in the afterschool program of the Boys and Girls Club of Buffalo.

“I have a passion for helping children,” she said. “When a kid comes up to me and tells me about his day or an issue that he has and I’m able to help him, I feel successful.”

She hopes to combine her love for philosophy and English literature with her desire to help children in whatever career she pursues after graduation.

For now, she has gained confidence as a college student and is happy.

“Taking classes such as Mathematical Logic and being involved in philosophy and English where you really have to defend your claims have helped me think about decisions I make in my everyday life,” she said. “Because of that ability, I’m able to make better decisions than I could have my freshman year.” 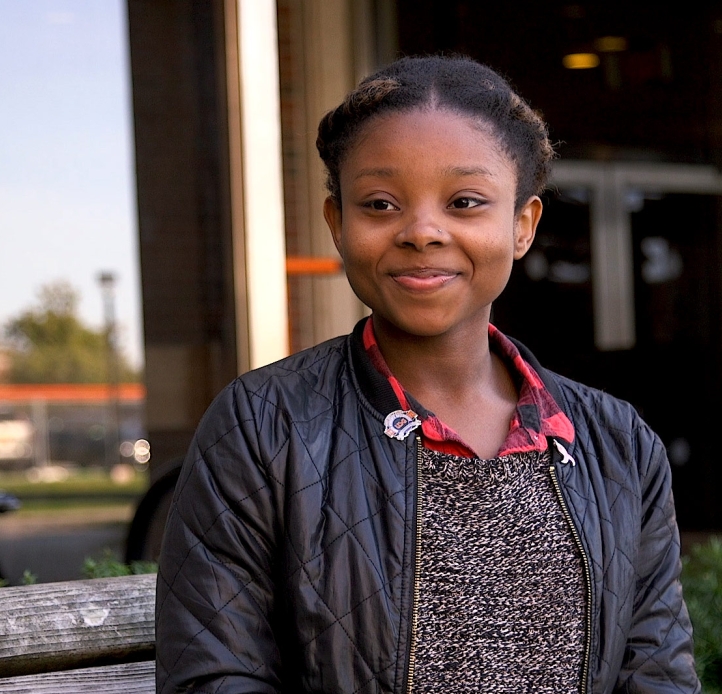 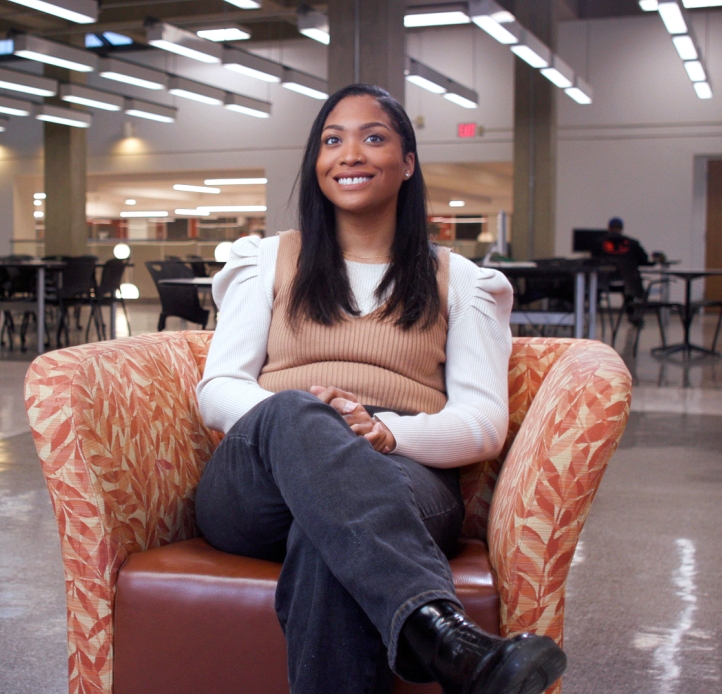