DiTullio is the third Buffalo State student to receive the endowed scholarship, which provides one incoming freshman each year with a $10,000 scholarship that is renewable over four years. Applicants are required to demonstrate, through their application essay and letters of recommendation, their commitment to racial and social justice, as well as how the scholarship will help them bring about change and continue to combat systemic racism by promoting the inclusion of all individuals.

In her application essay, DiTullio wrote about growing up Black in a predominately White community in Syracuse, New York.

“I felt out of place my entire life,” said DiTullio, who was adopted at birth by a White lesbian couple. “Because of my being Black and having two moms, people treated me differently. I love my moms more than anything, but I also wanted to meet my birth family. I also wrote about that desire in my essay.”

“When I saw the campus, I loved the diversity. I also loved the criminal justice program and the professors. Buffalo State is the perfect fit for me.”

In the summer of 2020, Buffalo State became one of the first colleges in the country to respond to the national challenge to establish a George Floyd Memorial Scholarship. The scholarship is dedicated to social justice in honor of its eponym, George Perry Floyd Jr., who was killed in an act of police brutality in Minneapolis, Minnesota, on May 25, 2020, which sparked global outrage and widespread demand for social change.

Sencere Jones was awarded the first scholarship in 2020. In his application, he wrote about his desire to address racial disparities in the American health-care system. Last year, scholarship recipient Jeremiah Simon penned his essay on the 1994 Violent Crime Control and Law Enforcement Act, which he said has disproportionately sentenced people of color to prison for low-level drug offenses.

This year the Buffalo State Floyd Scholarship Committee chose DiTullio out of 39 applicants.

“The committee was impressed with Marley’s application and the thoughtful way in which she articulated the impact George Floyd’s murder had on her as a student of color,” said Lisa Fronckowiak, Buffalo State’s interim chief diversity officer and a member of the selection committee. “Additionally, Marley received a strong letter of recommendation from her high school that confirmed she was an advocate for social justice and ending systemic racism. In her high school, Marley worked to help educate her peers on racism and its impact.”

“After George Floyd was killed, I didn’t want to leave the house,” she said. “I was afraid what happened to him would happen to me. When I went jogging in my neighborhood, people looked at me like I was doing something wrong. It was very meaningful to win this scholarship.”

The financial assistance was also huge for her family.

When she was a freshman in high school, a devastating fire destroyed DiTullio’s home. While everyone was able to escape without injury, the fire created great economic hardship, she said.

“It’s taken us years to rebuild,” she said. “For the past couple of years, we’ve lived out of hotels and motels.”

Coincidentally, one month after DiTullio learned she was awarded the Floyd scholarship, a young man contacted her. A recent DNA test proved that he’s her half-brother. Through him, she met two other half-brothers, a half-sister, and her birth mother.

“My birth mother was doing a lot of drugs when we were born,” DiTullio said. “She’s cleaned up now, and I give her a lot of credit for giving us up for adoption. I wouldn’t be going to college if she didn’t make that choice.”

DiTullio added that she found a way to cope with feeling out of place. Midway through her childhood she discovered dance classes.

“When I got into dance, especially hip-hop, I loved who I was,” she said. “I loved my skin; I loved my family. The girls I met through dance thought having two moms was the coolest.”

DiTullio said she witnessed a similar acceptance at Buffalo State.

“When I saw the campus, I loved the diversity,” she said. “I also loved the criminal justice program and the professors.”

Her long-term goal, she said, is to become an attorney and advocate for children in crisis. For now, DiTullio is living in Bishop Hall, getting acclimated to campus, and doing well in her classes. She’s also joined a Buffalo State dance team.

“Buffalo State,” she said, “is the perfect fit for me.” 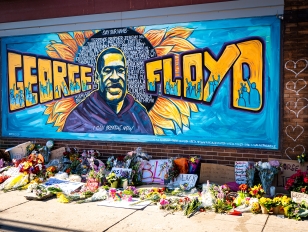