Buffalo State College’s Rockwell Hall, which sits on the eastern side of campus, overlooking Elmwood Avenue and the Albright-Knox Art Gallery, is perhaps the college’s most recognizable and iconic building.

Dating back to the original construction of the college’s current campus in 1928, Rockwell Hall was based on Philadelphia’s Independence Hall, in the colonial style of building, which had regained popularity at the time, in part because of the revival of Colonial Williamsburg. The distinctive red brick building, with six columns in the front and lofty bell tower, has welcomed students to Buffalo State for 90 years.

Initial construction on Rockwell Hall began in 1928, under the plans of architect Sullivan Jones. The building was completed in 1931, under the final plans of architect William Haugaard. Known as the Administration Building when it was first built, it was renamed Rockwell Hall in 1961 after Harry W. Rockwell, who served as the college’s president from 1919 to 1951. Under Rockwell’s guidance, Buffalo State grew from a small normal school to one of the largest colleges in the state. According to These Were Builders by Sister Martin Joseph Jones, longtime archivist for the college, Rockwell’s influence on the college can’t be overstated.

“When Dr. Rockwell came to the old Buffalo Normal School as principal in 1919, it was centered in one building, had 250 students, and 45 faculty members,” Jones wrote. “When he retired in 1951, the college had the largest enrollment of any of the units of the State University system.”

“Led by the guests of honor and the speakers, the large assembly passed through the main entrance to the grounds, and gathered about the cornerstone,” Jones recounted. “The box was placed in the stone, Mr. Butler used the trowel, still marked with traces of the cement used in 1913, smoothed the fresh cement, and the walls and foundation of a structure for education were united. A trumpet sounded, and the assembly rejoiced in the singing of the ‘Alma Mater.’”

Initially, Rockwell Hall held the library, offices, classroom spaces, and the auditorium. In 1952, the library moved into its own space, with the vacated space then becoming the Burchfield Center. That lasted until 2008, when the Burchfield Penney Art Center was completed on campus.

The distinctive red brick building, with six columns in the front and lofty bell tower, has welcomed students to Buffalo State for 90 years.

Over the years, Rockwell Hall has undergone several renovations, most notably in the 1980s and the early 2000s. A fire in 1969 closed the auditorium, and the building fell into disrepair, as funds for renovation were hard to come by. When funds for repair were dropped from the 1982–1983 budget, a group called the “Friends of Rockwell Hall” published a brochure asking what campus would look like without the iconic building, receiving community support for renovations. The state then approved funding, and in September 1984, renovations began. A two-week festival in October 1987 provided the first opportunity for the campus community to see the newly renovated building and its facilities.

At the time, then President D. Bruce Johnstone said it was the first step toward “establishing Buffalo State as a regional center for performing and visual arts.”

In 2003, the college announced the renovation of the Performing Arts Center at Rockwell Hall, to be completed in 2005. In this renovation, a new stage was put in, video screens were installed, the wiring was redone, and a state-of-the-art sound system was put in. The goal at the time was to change the technological inner workings of the theater without changing its look.

“To the average Joe off the street, if you went into the theater now and two years from now, you might not notice any difference,” said Jeff Marsha, then director of operations at the PAC, in an interview with the Record in 2003.

Over the years, a number of distinguished speakers and performers have graced the stage at Rockwell Hall, making it a cherished venue to both the campus community and the greater Western New York community. From hosting student-run productions to civil rights icons like Dick Gregory and poet Gwendolyn Brooks, Rockwell Hall has played a large role in campus life from its inception.

Photo of Edward H. Butler Jr. from the 1930 Elms yearbook. 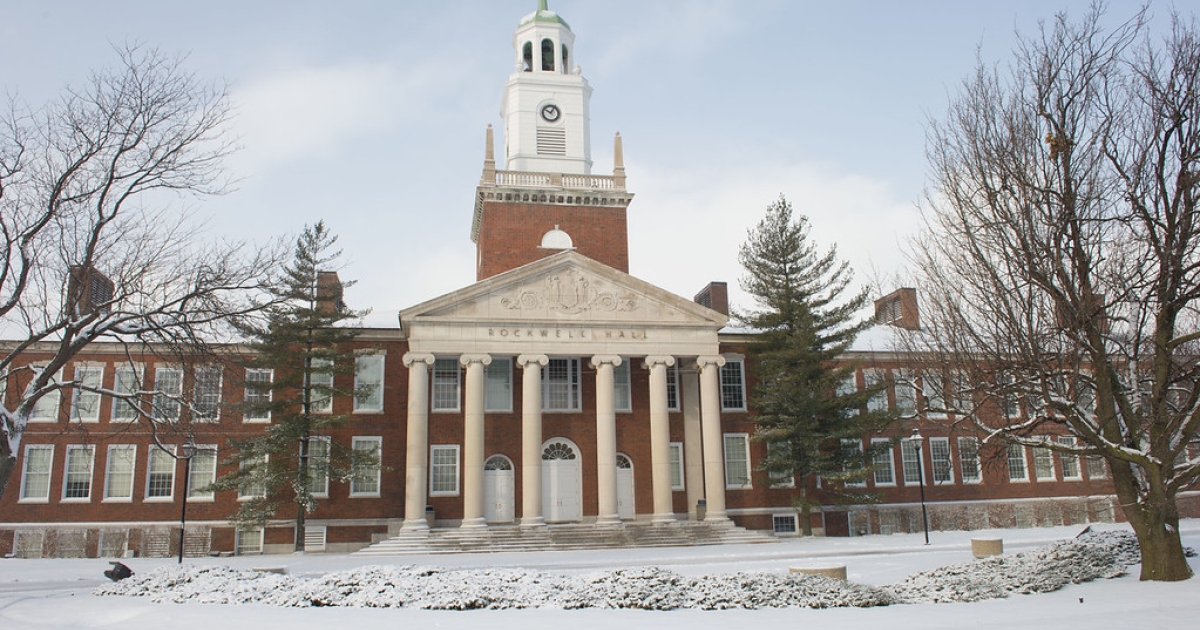 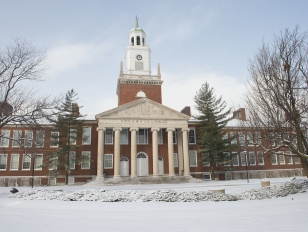