Robert “Bob” Kissinger, an accomplished Buffalo State College men’s freestyle swimmer, made a huge mark on the college swimming world in the early 1970s during his amazingly short life. Kissinger’s memory lives on in the six-lane, 25-yard campus facility that bears his name.

A graduate of Kenmore West High School, Kissinger joined the men’s swimming and diving team as a freshman and became the first swimmer at Buffalo State to capture the State University of New York Athletic Conference (SUNYAC) title by winning the 100- and 200-yard freestyle events in the conference meet at SUNY New Paltz in 1970.

The following year, he led the Bengals to their first-ever conference team title by winning the 50- and 100-yard freestyle races in both Buffalo State and conference record times. He also anchored the winning 400-yard freestyle relay. Tragically, at the beginning of the 1971–1972 swimming season, Kissinger was diagnosed with terminal cancer. He succumbed to the disease on November 27, 1971, at the age of 20.

“Robert was one of the greatest athletes I’ve ever been associated with,” said Dick Heller, who served as the college’s swimming coach at the time, in an article that appeared in the 1972 Elms yearbook. “He was a gentleman and a competitor to the nth degree, devoting his entire life to swimming.”

Shortly after Kissinger’s death, Buffalo State faculty, staff, and students petitioned the State University of New York to name the pool, located on the first floor of the Houston Gymnasium, in Kissinger’s honor. The recommendation passed within a month. And in 1997, Kissinger was posthumously inducted into the Buffalo State College Athletics Hall of Fame.

Buffalo State students had been swimming together long before Kissinger was breaking records or Houston Gym existed.

Early in the twentieth century, when Buffalo State was still the Buffalo Normal School, located at Jersey and 13th streets, students used the Lafayette High School (now Lafayette International School) pool for swim classes, according to the College Handbook, 1924–1925.

Soon after Buffalo State moved to its current Elmwood Avenue location, the original campus pool opened on September 28, 1931, in the old gym, housed in what is now the Savage Theater and Communication Building.

In 1960, New York State provided $2.35 million to build a new gymnasium on the west side of campus. Then called the Health and Physical Education Building, it officially opened in April 1963 and included the pool.

Members of the women’s swimming and diving team cheer on a teammate.

Today, Kissinger Pool serves as the home of Division III aquatic athletes from as far away as Washington State and London, England, who compete on the men’s and women’s swimming and diving teams. During the swim season—mid-September through mid-February—you can find them perfecting their swim strokes from 7:00 to 9:00 a.m. every weekday under the supervision of Mike Kroll, Buffalo State’s head swimming and diving coach.

“The drive shown by our swimming and diving team members is inspiring,” Kroll said. “In addition to daily practices in the water and weight room and weekly swim meets, many of them balance jobs and other commitments, while also excelling in the classroom. I consider it a privilege to help guide them on their journey in and out of the water.”

It isn’t only Bengal athletes who use the pool, however. Most of the private high schools and youth teams in Western New York practice and compete at Kissinger daily throughout the year. In addition, students, faculty, staff, and community members can use Kissinger for aerobic exercise during their lunch hour, and schoolchildren enrolled in the college’s residential Upward Bound and EOP programs enjoy the pool during the summer.

During a massive renovation to Houston Gym in 2014, Kissinger received several upgrades including new deck tile, a sound system, a scoreboard, starting blocks, and grandstands. The windows were renovated to allow more natural light into the pool area; the deep end was deepened to 12 feet for safer operation of the 3-meter diving board; and an ADA-compliant chairlift was added, according to Kroll.

With its seating capacity of 200, Kissinger is even more conducive to serving as a home to competitive athletes and recreational swimmers alike, and it remains infused with the spirit of a young man who loved swimming above almost everything else. Kissinger’s memory is perpetuated at the end of each season when coaches bestow the Robert Kissinger Award to one male and one female swimmer.

“Since my arrival in 2018, the Kissinger Award has replaced our MVP award,” Kroll said. “I want our highest team award to encompass all aspects of being a great team member, one who exemplifies Kissinger’s known attributes of swimmer, student, and friend.” 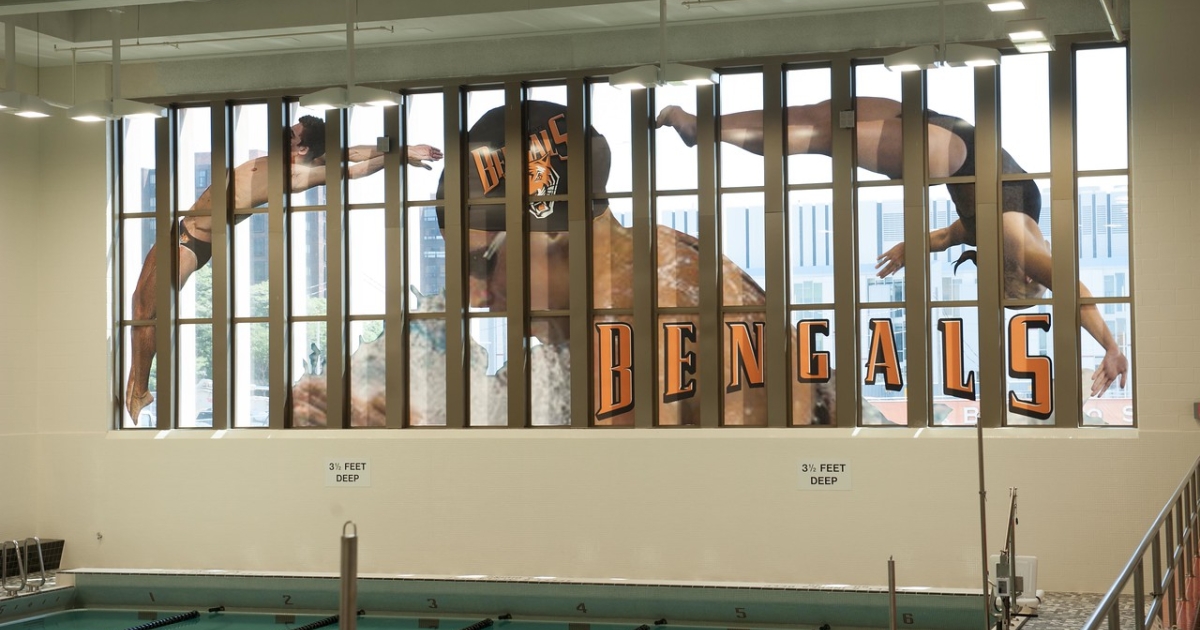 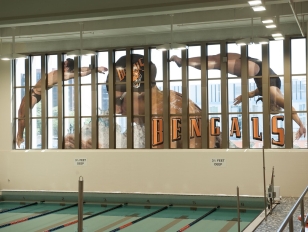