Before the 150-year-old college moved to its current location at 1300 Elmwood Avenue in 1931, the verdant space was farmland tended by patients living in what was then the Buffalo State Asylum for the Insane. In 1880, when the asylum opened in the Richardson Olmsted Complex, located next door to the current campus, it reflected the vision of Thomas Story Kirkbride, a Philadelphia psychiatrist concerned about the moral treatment of patients with mental illnesses.

Kirkbride believed that patients benefited from horticultural therapy, which they could achieve by planting and harvesting vegetables on the 203 acres of adjacent farmland, according to a 2018 article in Edible Western NY. This practice also allowed the hospital autonomy in food production.

The original Buffalo Normal School, housed in a three-story Victorian-style building located at Jersey and 13th streets (now Normal Avenue), opened in 1871 for the sole purpose of educating teachers. The Normal School included a School of Practice—the precursor to the Campus School of the 1960s and ’70s, where students worked directly with Buffalo schoolchildren on site.

But by the late 1920s, the more than 1,000 students enrolled in the now renamed New York State College for Teachers at Buffalo far exceeded what even the new and expanded building could accommodate.

Frank C. Perkins, then commissioner of public welfare, suggested securing the northern portion of the state hospital property as a possible new site. The entire hospital tract, bounded by Elmwood Avenue, Forest Avenue, Rees Street, and Scajaquada Boulevard, had a circumference of more than two miles.

Then-Buffalo Mayor Frank X. Schwab led a group of interested citizens to Albany to discuss the project with New York Governor Alfred E. Smith. While Smith cordially received the group, he told them nothing could be done until the legislature convened, according to “Buffalo State: Years of Growth and Expansion, 1919–1946” written by Harry W. Rockwell, who served as the college’s president from 1919 to 1951.

A similar delegation that converged on Albany in January 1927 was met with vigorous opposition by Dr. Frederick Parsons, who headed the State Department of Mental Hygiene and served as superintendent of the hospital.

The Buffalo contingent did not give up, returning a third time with the additional presence of John Knight, president of the New York Senate; Joseph McGinnis, speaker of the Assembly; and George M. Wiley, of the State Education Department.

According to Rockwell’s account, just when the parties seemed to again reach an impasse, McGinnis and Smith broke for a private, whispered conference lasting several minutes. What they discussed has never been revealed. It must have been convincing, however, because the governor immediately proposed giving 90 acres of hospital land, as well as the Normal School Building, the principal’s residence, and the land on which they stood, to the City of Buffalo in return for the acreage fronting Elmwood Avenue for the college, along with $1.5 million toward construction costs.

They broke ground on November 7, 1928. Edward H. Butler Jr. laid the cornerstone of Rockwell Hall on October 9, 1929, using the same trowel his father had used in laying the cornerstone of the second Buffalo Normal School on Jersey Street exactly 16 years earlier.

Students and faculty moved to the Elmwood campus in 1931. The iconic Rockwell Hall was originally called the Administration Building. Modeled on Philadelphia’s Independence Hall, the colonial-style structure, replete with six massive columns and a lofty bell tower, was renamed Rockwell Hall in 1961 after the former president. According to These Were Builders, by longtime college archivist Sister Martin Joseph Jones, Rockwell’s influence on the college was immense.

“When Dr. Rockwell came to the old Buffalo Normal School as principal in 1919, it was centered in one building, had 250 students, and 45 faculty members,” Jones wrote. “When he retired in 1951, the college had the largest enrollment of any of the units of the State University system.”

Savage Theater and Communication Building, now home to communication classes and theater productions, was the college Gymnasium. Bacon Hall, later named for Gertrude Bacon, was initially the School of Practice, and Ketchum Hall, renamed in 1962 for Jesse Ketchum, benefactor of the land on which the original Normal School stood, served as the Vocational Arts building.

The state mental health facility that helped Buffalo State expand to the campus it is today moved to a new facility in the 1970s. Meanwhile, the Richardson Olmsted campus was abandoned, although it was placed on the National Register of Historic Places in 1973. In 1986, it was named a National Historic Landmark, the highest distinction that can be given to a property.

In recent years, the Richardson Center Corporation brought the Richardson complex back to life with the opening of the Lipsey Architecture Center Buffalo and Hotel Henry. The hotel and conference center, which opened in 2017, included an adjacent restaurant, named 100 Acres as a nod to the site’s beginnings. The hotel and restaurant shuttered in April 2021, a casualty of the coronavirus pandemic.

Real estate developer Douglas Jemal is now working with the Richardson Center Corporation to take over the hotel operation and redevelop seven other buildings on the Richardson campus for residential and commercial use.

And today’s Buffalo State campus boasts 50 buildings, including nine residence halls and apartments, and 125 acres of walkable campus. While agricultural crops can no longer be found there, the campus is home to the Maud Gordon Holmes Arboretum, filled with more than 200 species of trees and plants—not to mention thousands of students with blossoming minds, who return year after year to create new lives for themselves on the historic campus. 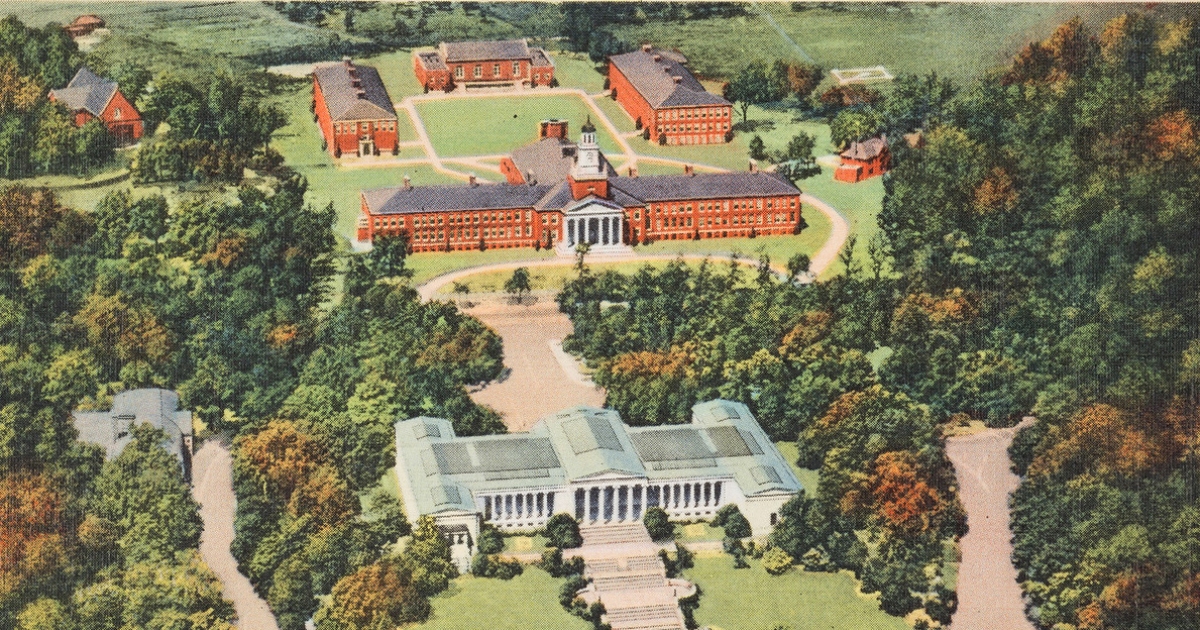 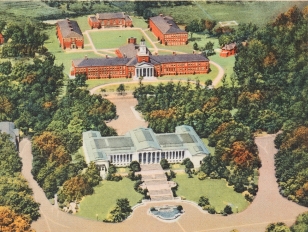