More than two years before Buffalo State College first opened its doors to students as the State Normal School and College at Buffalo on September 13, 1871, the partially constructed building was the scene of one of the most spectacular public celebrations the city had ever witnessed. The elaborate event featured a lengthy, twisting parade route; an even longer ceremony with addresses, prayers, a commemorative poem, and a solemn Masonic ritual; and even a loud, disruptive dog fight before 3,000 spectators—all to simply mark the laying of the college’s cornerstone.

Early on the afternoon of Thursday, April 15, 1869, nearly 1,000 marchers congregated at St. James Hall, located at Main and Eagle streets, to organize their procession to the West Side site of the Buffalo Normal School for the cornerstone-laying festivities. A detail of 25 police officers from the 4th Precinct led the way, followed by column after column of 600 Master Masons from state and local lodges, 90 Knights Templars, two marching bands, and 60 or so state, county, and city dignitaries, including Mayor William F. Rogers.

The waves of paraders stretched over a quarter mile as they snaked north on Main Street, west onto Virginia, north again on Delaware Avenue, and finally west on North to the college construction site at Jersey and 13th streets (across from today’s Kleinhans Music Hall).

After half an hour, they approached the college grounds, passing under an archway decorated with evergreens and flowers, with the Masonic symbol on top, and gathered around the speaker’s platform among the thousands of excited community onlookers. Next to the stage, above the college’s newly built foundation and a half-constructed wall, hung the 2-by-4-foot cornerstone, tightly wrapped with cables suspended from a crane, ready to be lowered into place.

Two Presbyterian ministers began the program at 3:00 p.m. with a prayer and scripture reading.

Then Oliver G. Steele, chairman of the building committee, referred to his impending 4,000-word main address as “brief.” He no sooner began, however, than two dogs, perhaps sensing the bone-dry oration to come, rudely interrupted the talk by engaging in a prolonged loud and nasty fight in front of the stage. Once the “discordant noise of a lively canine contest” was over, the “carriage dog,” who emerged victorious over the “mangy looking yellow cur,” jumped onto the stage, eluding a dozen pursuing policemen, then “skedaddled away melodiously yelping.” (A forerunner of the Bengal Roar?)

Next on the agenda was a poem written for the occasion by Mary A. Ripley. “The Temple Fortress” consisted of 24 stanzas, four lines each, in alternating iambic tetrameter and trimeter. One of the last stanzas reads: “So stands the structure fair and proud / Of learning in the land; / It lifts its battlements on high, / Supremely bright and grand.” It was recited by the Reverend Dr. Albert T. Chester, another Presbyterian pastor and headmaster of the Buffalo Female Academy (which became Buffalo Seminary).

The poetry reading was followed by “a very neat impromptu speech” by the Reverend Grosvenor Heacock, yet another Presbyterian clergyman. Despite his remarks being extemporaneous, Heacock waxed poetic about Buffalo State’s prospects: “As a beautiful woman binds on her forehead the richest jewel of her casket, so our lovely city had bound upon her forehead this most beautiful jewel of her school system.”

At last the patient crowd was rewarded with the actual cornerstone laying. The Masonic fraternity, because of its heritage as builders, often performed the special ceremony of laying of cornerstones for new public buildings (for example, the State Normal School at Fredonia two years earlier, and later the Soldiers and Sailors monument at Lafayette Square).

The cornerstone was lowered, and the Masons conducted their solemn ritual, during which they used their professional implements—the square, the level, and the plumb—to check it. They consecrated the cornerstone with corn, wine, and oil—symbolizing prosperity, health, and peace—loaded it with several documents and newspapers as a time capsule, and then tapped it into place with a gavel.

The pomp of April 15, 1869, was complete. The cornerstone was laid. The marchers and crowd dispersed. Buffalo State College’s original historic construction project was well underway.

(Details for this story were gleaned from reports in the April 16, 1869, editions of the Buffalo Express and the Buffalo Evening Courier & Republic) 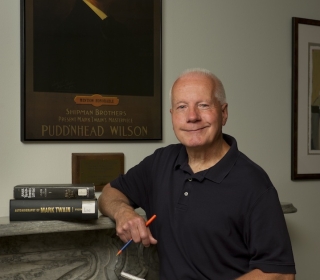 Tom Reigstad, Ph.D., is a professor emeritus of English who teaches a popular course on baseball and culture at Buffalo State. He is the author of Scribblin’ for a Livin’: Mark Twain’s Pivotal Period in Buffalo, and for the college’s 150th anniversary, he wrote the history of the English Department, which can be found on the department’s website. 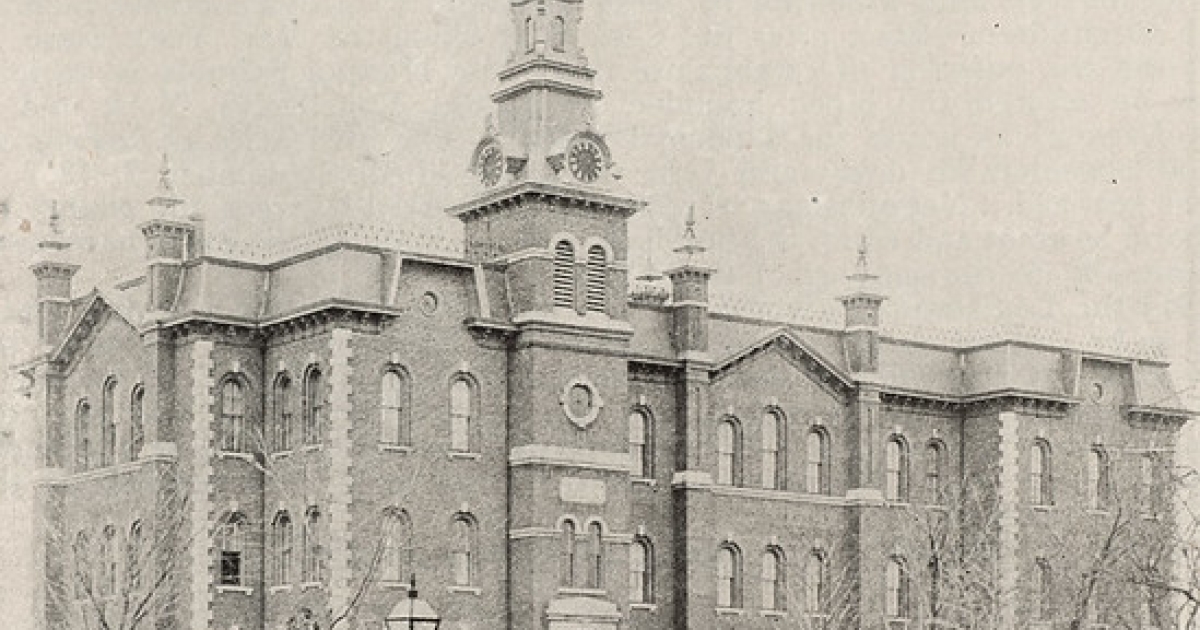 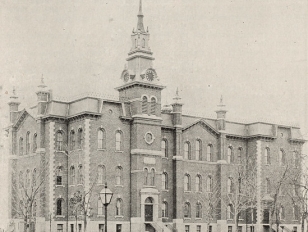